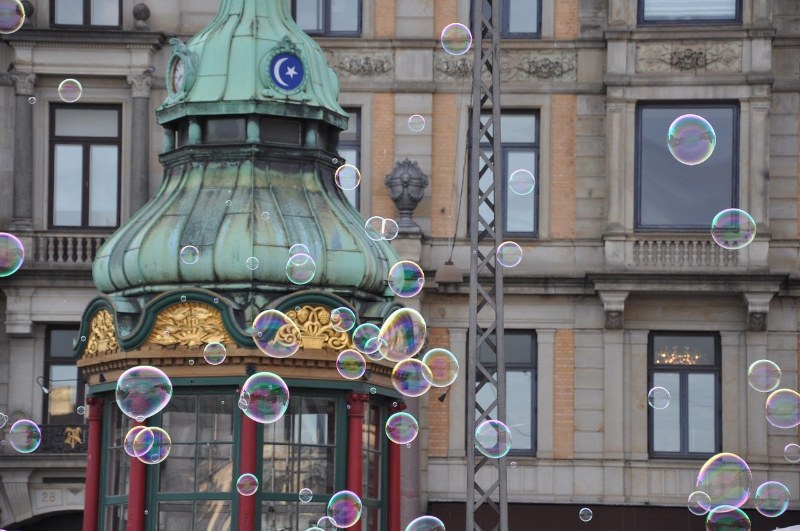 Conventional wisdom tells us that the diversity of views and opinions to which college students are exposed enlarges their world view and changes how they interact with other people. From peers to professors they encounter a variety of models and possibilities to aid them in the young adult task of finding and consolidating a stable, coherent sense of self. Psycho-social theorists have described this as the search for identity, in which young people discover what their beliefs and values are by testing them against personal experience, rather than unquestioningly accepting those of their parents.

Recent data questions those assumptions. A study published in the Journal of Diversity in Higher Education investigated how recent graduates’ experiences in what the authors called “ideological bubbles” consisted of few meaningful, effective efforts that prepared them for the ideological divides they faced after graduation.

A four year longitudinal study at a large public Midwest university followed 19 students who had been extensively involved in community and campus-based programs before and after graduation. While the students recognized the privilege conferred by their academic and socioeconomic status, they reported feelings of uneasiness, internal strife and guilt due to the incongruity between maintaining networks with people like themselves while also proclaiming the value in which they held civic engagement.

Participants reported insecurity, guilt and strife about staying in their ideological bubbles even after they left college; they cited social media as the primary venue that exposed them to different ideological views, although only one person reported that it provided meaningful engagement. The most interesting effect of consuming media from a different ideological perspective was that it caused them significant discord: only half of them who held sustained conversations with those who had different beliefs could name just one or two with whom they discussed political and social issues. The other half could not identify anyone with whom they talked regularly that they disagreed with ideologically.

Those who worked in nonprofits found that work reified their ideological bubbles, while those who didn’t said their jobs were the primary source of bubble-breaking. They found it difficult to navigate an environment where they met “perpetual ideological misalignment.” Few were able to articulate how or whether college prepared them to puncture the bubble, and those who could — who grew in their capacity to engage across ideological differences — put it down to pre-college experiences or a single influential program or experience at college that helped them strengthen this attribute. But all participants found that college did little to foster ideological diversity.

The authors suggested some interventions to promote learning between people who hold differing views, including intentional efforts to reduce inter-group activity, physical spaces in which people can engage across their differences, and models such as public deliberation and inter-group dialogue. It will be interesting to see if the extraordinary diversity — color, gender, age, ethnicity, and socioeconomic status — expressed in recent demonstrations and counter-demonstrations is more effective in piercing the bubble when campus life returns to some post-pandemic normal, particularly in the heat of a political campaign.

Jane Adams
"Jane Adams PhD was a founding editor of the Seattle Weekly. Among her twelve books is Seattle Green, a novel . She is a contributing editor at Psychology Today, and coaches parents of adult children."
Previous article
Real Police Reform? Begin With Who’s Recruited
Next article
What Does Post-Republican Politics Look Like?