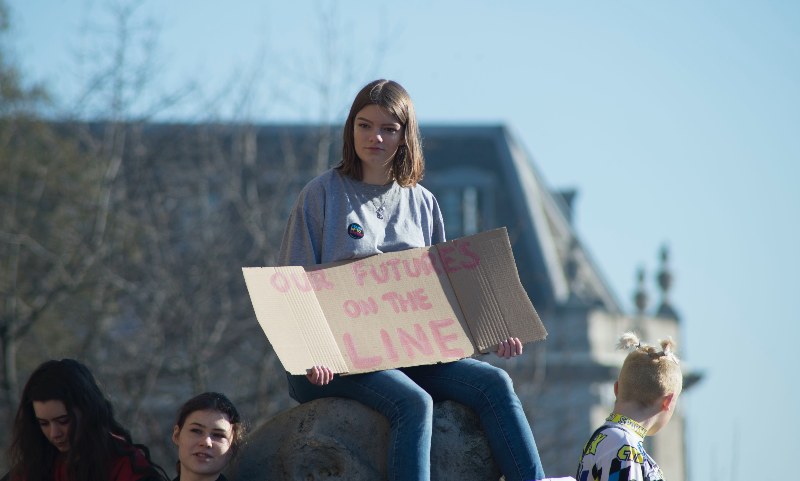 I am one of the millions of Americans whom polarization has left politically and ideologically homeless. For 37 years, I worked to build the Republican Party in Washington State. I was a devoted supporter of the “Shining City” conservatism of Ronald Reagan. The election of Donald Trump and the ascendancy of the alt-right, nativist/isolationist/protectionist, culturally populist Pat Buchanan wing of the GOP caused me to leave.

Since then, I—like many other former Republicans—have struggled with how to advance the ideas I have always believed in now that my party, and the term “conservative,” have been hijacked by a 21st-century Know Nothing movement. I am now convinced that the critical first step is to name an ideology that has long existed but has never been well defined, at least not in the United States. America needs a “One Nation” movement.

During the 2018 election cycle, I joined what was then a new national movement to try to elect centrist independents to office as an alternative to a two-party system that seemed on the verge of forcing Americans to choose between white nationalist populism on the right and democratic socialism on the left. We succeeded in fielding dozens of high-quality, independent centrist candidates. We got them funding and professional campaign assistance. And they all lost. Most lost badly. The effort now has been largely abandoned.

Independent centrism ran into several problems. First, in this era of negative partisanship, voters are not willing to risk “wasting” a vote if it might contribute to a victory for the party they hate. Second, the nomination of moderate Joe Biden undercut one of the centrist movement’s key assumptions, since it indicates that the Democratic Party may not be following the Republicans into ideological madness. And third, a critical weakness of our movement was the simple fact that voters didn’t know what our candidates stood for, other than that they didn’t identify with the two major parties.

Independent centrist organizations like Unite America, the Serve America Movement, and Howard Schultz (remember him?) all purposefully chose not to adopt specific policy positions. The message was simply, “Both parties are terrible; the system is broken; vote for us.” It didn’t work. Americans want more specifics from people who aspire to govern the country.

Critics have made the case that the term “centrist” is mushy and undefined, and that the political center doesn’t even exist. They have a point. Politics ultimately is about ideas and specific policy proposals. If the kind of strategic political moderation the Niskanen Center has called for is to emerge as a competitor to nationalist populism on the right and democratic socialism on the left, it needs to be named and defined.

Actually, a coherent moderate philosophy has existed for a very long time, but it has never been clearly defined in America. In Britain, however, this philosophy is well known as One Nationism. British Prime Minister Benjamin Disraeli, in describing the changes to British society brought on by the industrial revolution in the 1840s, wrote:

We have become two nations— the rich and the poor—between whom there is no intercourse and no sympathy; who are as ignorant of each other’s habits, thoughts, and feelings as if they were dwellers in different zones, or inhabitants of different planets.

Disraeli’s answer to this dangerous social division was to promote programs and reforms to suppress class differences and unify the nation. The term “One Nation Conservatism” has defined moderate, pro-reform members of the United Kingdom’s Conservative Party all the way through the most recent general election. In the UK, center-right moderation has a real identity.

The core tenet of this philosophy is the belief that incremental reform—not socialism, Marxism, laissez-faire libertarianism, nativist populism, or fascism—is the right path to create a healthy society. In the United States, One Nationism has been the mostly unspoken underlying ideology of both our political parties for most of the last 120 years.

Theodore Roosevelt and Woodrow Wilson were both essentially One Nationists—although in hindsight their understanding of who comprised the nation left out too many Americans. Warren Harding, Calvin Coolidge, and Herbert Hoover tilted the GOP towards lasissez-faire, bringing on the Depression to which Franklin D. Roosevelt responded with the New Deal, a massive program of One Nation reforms. For decades after the Depression, both parties pursued this moderate reform path. Republicans never made a serious effort to roll back the New Deal, and Democrats never moved towards the socialism of the British Labour Party. Together, Republican and Democratic One Nation policies helped to create America’s decades of postwar success.

But today we are moving away from that consensus. The information revolution and global economic competition are once again creating two societies. On one side stands the well-educated and well-off, who, are prospering in this new economy. On the other stands the working class, which often struggles against the effects of automation and the loss of traditional high-wage manufacturing jobs. We are becoming two nations, divided by economics, values, and culture. The division is also taking place against the backdrop of our longstanding racial inequalities that led the 1968 report of the National Advisory Commission on Civil Disorders (better known as the Kerner Commission) to warn that “Our nation is moving toward two societies, one black, one white—separate and unequal.”

Neither Donald Trump’s “America First” populism nor Bernie Sanders’ democratic socialism will bring the country together. Both disdain One Nationism in favor of stoking division and resentment against a “rigged” system.

One Nation leaders would argue that to thrive in this new era, America must be a free, open society in which everyone can go as far as their efforts and talents will take them, while maintaining a robust safety net for those who need assistance. We should embrace capitalism, free enterprise, and economic growth, and at the same time enact programs to protect less fortunate Americans. And we must remain committed to energetic American leadership around the world to protect democracy and human rights.

Politics is about articulating and fighting for specific ideas. So a moderate, One Nation platform that seeks to avoid the pitfalls of mushy centrism might look like this:

If this sounds familiar, it is, because it reflects the common-sense, reformist, global-minded policies that once guided both Republicans and Democrats and built one of the greatest nations in the history of the world.

Joe Biden is essentially running on a moderate One Nation agenda. But is this the path the Democrats will follow long term? And is there any chance a post-Trump Republican Party will move back towards the center?

My Niskanen Center colleague Jerry Taylor writes that we need to abandon ideology in favor of moderation. In substance I agree, but Taylor also points out that “the main challenge for moderates is the limited amount of connective tissue that binds them together.” Politics is a competitive team sport. A political movement needs a name, symbols, and shorthand that make its beliefs and objectives crystal clear. This is what has been lacking among American moderates.

British One Nation Conservatism has given us a road map to follow. Some may argue that the movement needs an American label, but what is more American and familiar than “One Nation…under God?” Americans will get the message if moderate leaders start consistently talking about the need to create One Nation.

Those of us who call ourselves moderates need to get busy explaining specifically what it is we support and aggressively selling that agenda to our fellow Americans. One Nationists should be battling extremists from within both major parties. And if we lose those fights, then we should be open to the creation of a new One Nation party.

Here is a moderate ideology and political strategy. Let’s give it a name and get to work fighting for it.

This article is reprinted with permission from the Niskanen Center, a policy think-tank.