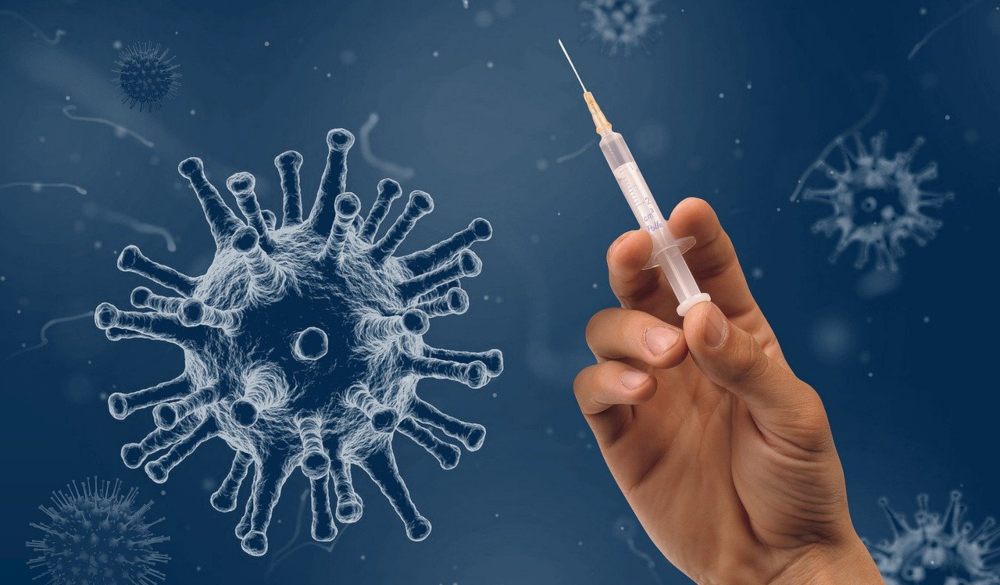 Excerpt: On the Promise of mRNA

There’s a lot of interest in a universal Coronavirus vaccine. I think if they make it work, it’ll mean one COVID shot and no more COVID for you, maybe forever, or at least for a year or three years or something like that. Which would take all these threats off the table including future ones because they’d be attacking something so basic about Coronavirus. So there’s that. And the theory is well, if we can do it for COVID, what else can we do it for? And they’re looking at a lot of diseases.

One question right now is why haven’t they come up with an mRNA vaccine for TB? It could be that it’s a bacteria. But it could probably be done. There was already some work on that. The flu is going to be the hardest one. Because it is one of the most mutation-oriented viruses, it’s much more mutable than Coronavirus. It’s got all these different loops of DNA or RNA in it. And there’s so many different ways it can mutate. And it does every year. It would be harder to attack. They’ve been trying to figure that one out for a while.

But again, the big advances are thanks to COVID. We give them a fresh shot at it. You know, we may well see vaccines for better vaccines for more infectious diseases, and especially the rare ones that aren’t worth anybody’s money to go after something that kills a few thousand people a year or a few 100 people a year and especially if they’re not in the first world. Why spend a billion dollars on that, but mRNA would be cheap. And companies like Moderna have actually said well, maybe we’ll just systematically take on a whole bunch of them and make a business out of it. They’ve picked on some diseases nobody’s ever heard of outside of say Malaysia or something and say we can do a vaccine for that.

Medical Revolution: The Tantalizing and Profound Promise of mRNA

October 24, 2021mRNA itself isn’t a single substance such as penicillin or aspirin. Instead, it’s a class of molecules with a nearly infinite number of possible variants.

August 30, 2021Nearly all of the focus to date on COVID’s impacts has been about hospitalizations and deaths. We have assumed that if we can prevent those two outcomes, we’re past the worst of the crisis. But long COVID might be the third bad outcome, emerging from the shadows.

Everything You Need to Know About Schools, Students and COVID Right Now

August 24, 2021School Districts are scrambling, parents are frightened, and COVID is sending children to the hospital at rates far higher than before. Will the same happen here, or are we better prepared than they appear to be in Hawaii, Arizona, Florida, Alabama, and Missouri?

June 10, 2021Delta has expert COVID-watchers pacing uneasily. Here’s why: it appears to have done the best job yet of stitching together higher transmissibility and greater vaccine evasiveness.

Fast Responders: What the World’s COVID Response teaches us about Climate Change

May 5, 2021When COVID-19 exploded out of Wuhan, different countries reacted in different ways. Countries which had experienced either SARS, MERS, or the last major round of H1N1 Avian Flu swung…

April 5, 2021If this vaccine lives up to its potential, it will be a powerful tool to bring down the global pandemic.

Playing the Odds: Should You Send Your Kids Back to School?

March 30, 2021Few decisions are harder than those which involve increasing your chances of changing the odds that an unlikely bad event might happen. The decision is complicated here by the lack of data, because the virus is new and surprising.

March 9, 2021Real world data remains to be gathered, but this result at least suggests that if we can in fact vaccinate the world fast enough, we still have a chance to clamp down hard on the virus.

Your COVID Forecast: Sunny with a Chance of Asteroid

March 7, 2021An asteroid variant could emerge wherever the case rate remains high, meaning either in the large part of the world that won’t get the vaccine for quite a while longer, or in a highly-vaccinated country that has lowered hospitalizations and deaths, but is still supporting a high rate of new infections.

January 26, 2021J&J announces they’re almost ready to go… Washington’s Department of Health gets a new star… and researchers find that Covid might be hiding in the brain while the lungs clear…

January 25, 2021If Moderna’s preliminary results are correct, their vaccine will still suppress it, but if it becomes widespread around the world, it becomes a new jumping-off point for further mutations, and one of those might complete the jailbreak.

January 24, 2021Almost exactly a year after America’s first confirmed case of the “novel Coronavirus” was detected in Snohomish County, two cases of the extra-contagious variant from the UK, dubbed B.1.1.7 (poets, these virologists) have been found in that self-same county, a first for the State of Washington, though hardly for the nation. You Rock, Snohomish County!

January 15, 2021West Virginia currently leads the nation in vaccination rate (7.1% of population with first dose, compared to a national average of 3.4% and Washington’s rate of 3.0%), and they’re doing it by a conscious policy choice.

The Pandemic Waits for No Insurrection

January 7, 2021I hope we got lucky, and that yesterday’s vile threat to our democracy doesn’t turn out to also be a literal killer of citizens and their elected representatives: Trump’s mob spreading Trump’s plague. A pox on his house.

The Mutating COVID: What it Means for You

January 2, 2021Taken together, the new variant means that accelerating our herky-jerky vaccine rollout becomes even more important, our use of non-pharmaceutical protections needs to increase for at least the first half of 2021, and we need, together, to accept vaccination as soon as it is offered, and reach out to everyone who is hesitating to be vaccinated and persuade them to join us in the jab queue.

December 23, 2020What does the path to vaccine-enabled herd immunity look like for the United States? It will look like a track set up for hurdlers. If we clear them all, we can win full normalcy. If we clear most, we might be able to manage a more rickety normalcy.

December 5, 2020To me, one intriguing thing to emerge from these studies so far has to do with durability, our topic for today. Durability depends on two things

November 10, 2020It appears that, of the 94 cases, about 8 were from vaccine recipients, and 86 were from placebo recipients. That’s a great ratio, but still very small numbers. The FDA wants to see the numbers after they’ve looked at 164 confirmed cases.

August 6, 2020The results were unsettling, to say the least: “Cardiac magnetic resonance imaging revealed cardiac involvement in 78 patients (78%) and ongoing myocardial inflammation in 60 patients (60%), which was independent of preexisting conditions, severity and overall course of the acute illness, and the time from the original diagnosis.”

It’s Back: The Virus That Never Went Away

July 21, 2020Weary people and businesses, who have been leaning forward in anticipation of the restored freedoms of the next phase, are sagging in their saddles, realizing that we’ve been set back.

Masks: Now more than Ever

June 18, 2020Given that lots of people are, at this very moment, eager to be mask-free, how can we persuade them to do an about face about their face and re-mask it?

May 12, 2020There’s never been a human vaccine created in less than about 5 years, according to Bill Gates, yet he’s confident we’ll have one this time in less than two years, and as soon as 9 months! What’s that optimism based on?

Timeline: What We Know so far about the Virus… and it’s Scary

April 30, 2020With each new story, the SARS CoV-2 virus is revealed to be a more enigmatic and dangerous adversary.

March 24, 2020The predictive model currently dominating public discourse is the one produced a little over a week ago by the UK’s Imperial College. As it happens, a critique has just been published by seriously qualified people. It argues that the virus can be much more fully contained after the first wave than the model predicts.

March 16, 2020A lot of people will die of COVID-19. Hundreds of thousands at least in the US, many millions worldwide. Though it may sound callous to say it, remember that 2.8 million people die annually in the US, 56 million globally. Even in that context, this is will be a very substantial and disruptive tragedy.

What would a real pandemic change? Everything.

February 27, 2020Think of the damage a Trump rally could do to the life expectancy of a whole county.

Tom Corddry
Tom is a writer and aspiring flâneur who today provides creative services to mostly technology-centered clients. He led the Encarta team at Microsoft and, long ago, put KZAM radio on the air.
Previous article
There at the Beginning: Tom Alberg on How Seattle Became a Tech Dynamo
Next article
#Blah Blah Blah? Global Climate Conference on “Existential Threat” Ends with a Whimper