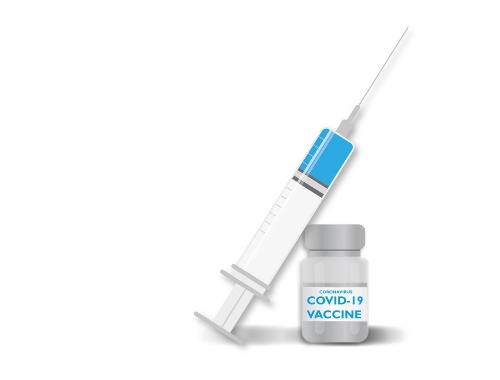 Since several significant variants of the SARS CoV-2 virus emerged late last year, the question of how well current vaccines will work against them has been of urgent interest. Two principal virus variants, one first found in the UK and one in South Africa, are similar but not identical. Both appear to be transmitted 40-70% more readily than the current prevalent strain of the virus, and one or both of them may cause more serious cases (this remains to be seen). The UK variant is already widespread in the US (including in Snohomish and Pierce Counties in Washington). The South African variant has not yet been detected in the US, but frankly our detection capabilities are exceedingly poor; it could well be here and we just haven’t tripped over it yet.

In early January, Pfizer & BioNTech announced that their vaccine was effective in vitro against the UK variant. This means that antibodies generated by their vaccine, taken from the blood of vaccinated people, showed effectiveness in the lab against the variant virus.  It will take a while to tease out data from the real world about whether the Pfizer vaccine is any less effective against this variant. Pfizer has not yet released results of in vitro testing of their vaccine vs. the South African variant.

This week, Moderna announced results of in vitro tests of its vaccine against both the UK and South African variants. Against the UK variant, its vaccine-provoked antibodies showed effectiveness roughly comparable to effectiveness against the prevalent strain, much like the Pfizer results. Against the South African variant, however, the in vitro results were considerably weaker: about one-sixth as reactive. Moderna reports that the reaction was still strong enough to provide protection, but cannot say at this point exactly how much protection, or how durable such protection might be. This result is not entirely surprising, since there has already been evidence that antibody therapies have been less effective against the South African variant.

The South African variant has, in effect, partially escaped vaccine control. It didn’t quite clear the outer barbed wire fence and towers, but it got half-way there. If Moderna’s preliminary results are correct, their vaccine will still suppress it, but if it becomes widespread around the world, it becomes a new jumping-off point for further mutations, and one of those might complete the jailbreak. This is why it is so urgently important to vaccinate as many people as possible as fast as possible worldwide—to reduce the likely rate of dangerous mutations. The same is equally true of using non-pharmaceutical measures—masks and the like—to reduce virus prevalence and transmission.

The fact that Moderna can generate a new version of its vaccine so quickly is an advantage of using the mRNA platform. The speed which this platform enables, however, has also become a significant influence on public acceptance of COVID vaccination: people worry whether something developed so quickly might therefore be unsafe. This concern is targeted by a substantial anti-vaccination movement that has been growing for decades, and amplified by social media.

We face a virus which is more of a shapeshifter than we might have hoped. We have, potentially, a shapeshifting defense in the form of mRNA vaccines, but with them a real challenge of potentially widespread vaccine hesitancy, triggered in part by the very development speed which makes the new vaccines so valuable. This challenges regulatory bodies to be both nimble and credible, no small task.

Success against this virus may depend on the deployment of shifting cocktails of vaccines—a marathon game of whack-a-mole. We already do this against influenza. Since the coronaviruses are inherently less shifty than flu viruses, the vaccine cocktail approach could work much better against them than it does against the flu. The trick will be to get the whole world on such a system. In the end, controlling this virus will depend on political and social solutions as well as biological ones.

Tom Corddry
Tom is a writer and aspiring flâneur who today provides creative services to mostly technology-centered clients. He led the Encarta team at Microsoft and, long ago, put KZAM radio on the air.
Previous article
Biden’s Success Depends on Making People Believe in Government Again
Next article
Cooking up a budget