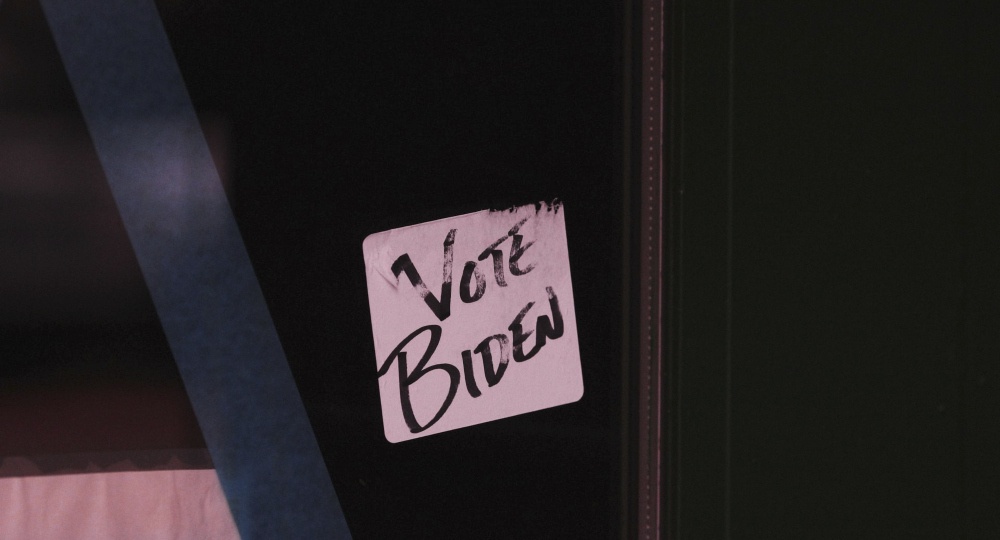 I think there are reasons to be both. Biden’s Lincolnesque Inaugural Address was a magnificent attempt to heal the nation’s divisions. And he’s started governing like FDR—boldly and swiftly, with a dizzying array of executive orders and legislative proposals designed to tame COVID and help ordinary Americans and small businesses weather the pandemic’s economic devastation.

I share Klein’s worry that Team Biden will be stymied by Senate Republicans. If that happens, I recommend he adopt Ronald Reagan’s pattern: “go to the country” on TV and bring down an avalanche of phone calls and letters (and emails) to force his opponents to approve his proposals. I once watched that happen as a reporter in Washington D.C.

Klein, a co-founder of the liberal website Vox, fears that Biden the moderate will dilute his worthy proposals to secure bipartisan compromises and that will cost Democrats their narrow House and Senate majorities in the 2022 mid-term elections, suffering much as they did in the disaster year 2010. Klein blames that loss—six Senate seats, 63 House seats and 20 state legislatures—on Barack Obama’s watering-down his anti-Recession stimulus package, dropping a public option from Obamacare, and letting banks have their way on bankruptcy reform. Klein says Obama also made the flawed assumption that, when he got programs passed, the public would appreciate it without being told what had happened.

“Defeat in 2022 [midterms] will result in catastrophe,” Klein wrote. That litany of setbacks includes failure to enact effective programs to benefit a public already sour on government, setting the stage for the election of Donald Trump or an even more crafty and dangerous populist in 2024.

He thinks Democrats, blocked by Senate Republicans from getting Biden’s proposed $1.9 trillion anti-COVID and worker-friendly stimulus package, will inevitably have to try to abolish the filibuster. And Klein recommends Democrats also try to grant statehood to the heavily-Democratic District of Columbia and Puerto Rico, and enact the John Lewis Voting Rights Act to combat GOP voter-suppression efforts. Completing this power play, Klein would like to abolish the Electoral College and end partisan gerrymandering.

Whatever they accomplish, Klein says, Democrats have to make sure voters know about it. ”You can’t get re-elected for things voters don’t know you did.”

Brooks, once a conservative but now a Biden-favoring moderate, agrees that Democrats may have to abolish the filibuster, but he’s more optimistic about Biden’s chances of success. That’s largely because of who Biden is: “a Truman-like figure, whose Inaugural Address was spoken in the plain words and with the plain values of Main Street. Just by who he is, Biden sets the stage for a moral revival. His values cut across the left/right, urban/rural culture war we’ve been enduring for a generation. This will begin to heal a broken and ungovernable nation,” he wrote.

Brooks adds: “Biden has the right agenda, the redistribution of dignity. A politician can tell the people who have been left behind that he hears them, and that’s words. But Biden wants to present them with a $1,400 check they wouldn’t have gotten otherwise, increase the child tax credit to $3,000, and create infrastructure jobs. That’s material proof that somebody in Washington understands what you are going through and is doing something real.”

I think Brooks is guilty of underestimations of his own. One is measuring how much Mitch McConnell and other Republican leaders hunger for—can almost taste—a return to majority status in Congress in 2022, which may be achievable by thwarting Biden. Another area for underestimation is how flexible GOP attitudes are toward spending more money—they do it with abandon when in power, but become deficit hawks when not.  And Brooks underestimates how partisan they and their voters have become.

So, to get his program adopted—and have a chance for Democrats to keep their majorities—I think Biden needs to organize a massive public campaign of persuasion along with his quieter attempts at bipartisan diplomacy. He needs to enlist active support from the Business Roundtable, the US Chamber of Commerce, the Federal Reserve, small business groups, Moody’s and other economic-analysis firms, all of which favor all or parts of his COVID package.

In addition, success depends upon Biden’s skillful use of the presidential “bully pulpit.” Consider this bit of history that I witnessed in the 1980s. Legend has it that cheery bipartisanship prevailed during the Reagan era, but the fact is that House Speaker Tip O’Neill was totally opposed to the president’s proposed budget and supply side tax cuts. “All factions of the Democratic Party agree they are against” the tax cuts, O’Neill said. When the House was debating the tax cuts, O’Neill said that “if the president has his way, this could be a great day for the aristocracy of the world.” (Britain’s Prince Charles and Lady Diana were married that same day.) “This morning there was quite a royal wedding. This afternoon President Reagan is proposing a royal tax cut,” which he insisted benefited only the rich. (Actually, it was across-the-board.)

Reagan responded by “going to the country” twice—in a speech to a Joint Session of  Congress in February and a speech from the Oval Office in July.  The outpouring of mail in support of Reagan’s budget led House Majority Leader Jim Wright, even more a partisan than O’Neill, to say, “We’ve just been outflanked and out-gunned.”

It doubtless helped that Reagan had just survived an assassination attempt that nearly killed him. Reagan’s budget plan (authorizing the tax cuts) passed the House with 80 Democratic votes and 20 of 46 Senate Democrats. O’Neill lamented, “We can’t argue with a man as popular as he is.”

To pass budget-and-tax-implementing legislation, Reagan urged viewers of his Oval Office address to “contact your Senators and Congressmen. Tell them you believe this is an unprecedented opportunity to help return America to prosperity [amidst a deep recession caused by Fed Chairman Paul Volcker’s successful effort to crush runaway inflation] and make government again the servant of the people.”

Phone calls and telegrams poured into Congress at ten times the normal rate, running 12-to-one in Reagan’s favor. O’Neill admitted. “We are experiencing a telephone blitz like this nation has never seen. It’s had a devastating effect.” Reagan’s tax-cut bill got an embarrassing 48 Democratic votes in O’Neill’s House.

The COVID pandemic’s surging death toll and economic agony for ordinary citizens and small business certainly at least match the economic woes of the 1980s. Biden proved in his Inaugural he can be as eloquent in the name of national unity and shared prosperity as Reagan was in defense of tax and budget cuts.

True, partisanship is much worse than it was in the 1980s, but Mitch McConnell is no more crafty than Tip O’Neill. Biden probably will need to blitz the Senate minority leader from his pulpit. If he can succeed in taming COVID and helping ordinary citizens, he’ll be on his way to making people believe in government again–and inclined to vote Democratic next November.

Mort Kondracke
Morton Kondracke is a retired Washington, DC, journalist (Chicago Sun-Times, The New Republic, McLaughlin Group, FoxNews Special Report, Roll Call, Newsweek, Wall Street Journal) now living on Bainbridge Island. He continues to write regularly for (besides PostAlley) RealClearpolitics.com, mainly to advance the cause of political reform.
Previous article
Deprogramming: A Better Way to Address Addictions of the Radical Right
Next article
The Variants & The Vaccines: What We Know so Far