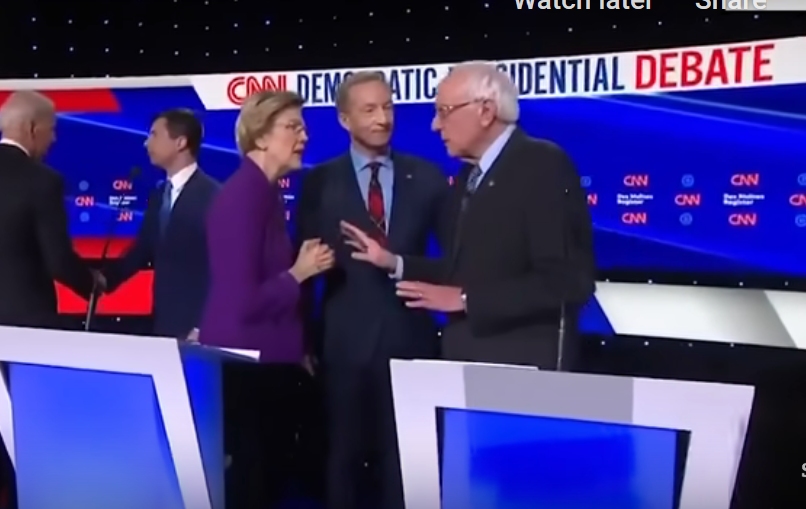 Dear Liz And Bernie: Can We Talk?

As you both must know, even if your faithful followers don’t, your geese are pretty much cooked. Over the first 18 primaries, Democrats have simply cast a lot more votes for the center left candidates than for the two of you. Now that the consolidation of the center left has happened swift and hard, even the two of you together can’t approach a majority.

The road ahead traverses states that you mostly lost in 2016, Bernie, and your vote totals so far have trailed your 2016 totals. Elizabeth, your dream of becoming the “unifying candidate” between the two wings is also destined to dissolve. It might have made sense if there were three or four of you with significant delegate shares but no dominant winner. The new reality is that either Biden will have an outright first-ballot majority, or be so close that he’ll easily win on the second ballot. There’s no scenario any more in which the party turns to you. If you both fight on, separately or together, you’ll lose in the end and you will cost your country dearly.

Instead, there is something great you can do for your county. You can decide now to come in together. You can unify the party now, instead of in July. You can begin the work of turning to the urgent tasks at hand–defeating Trump, holding the House, reclaiming the Senate. Cut a deal with Joe. Don’t try to put yourselves on the ticket, but put your markers down for a great young progressive VP. Stacey Abrams, perhaps? Turning to go after Trump now instead of next July would be an enormous gift to American democracy. It would be on you to persuade your followers to join you in this quest. You would truly be laying the foundations for a more progressive future and a more progressive Democratic Party.

How about if the two of you go off somewhere for a few days and thrash this out? Maybe you’ll decide to combine forces and soldier on after all, or maybe you’ll decide to do something big, bold, and unexpected, that can begin the process of saving our country now instead of next summer, and make it much more likely that we’ll succeed.

Love you both, thanks for listening.

Tom Corddry
Tom is a writer and aspiring flâneur who today provides creative services to mostly technology-centered clients. He led the Encarta team at Microsoft and, long ago, put KZAM radio on the air.
Previous article
A New Owner for ‘Seattle Magazine’
Next article
March of the Mollusks: Tracking Snails, Clams, and Other Critters Across Seattle