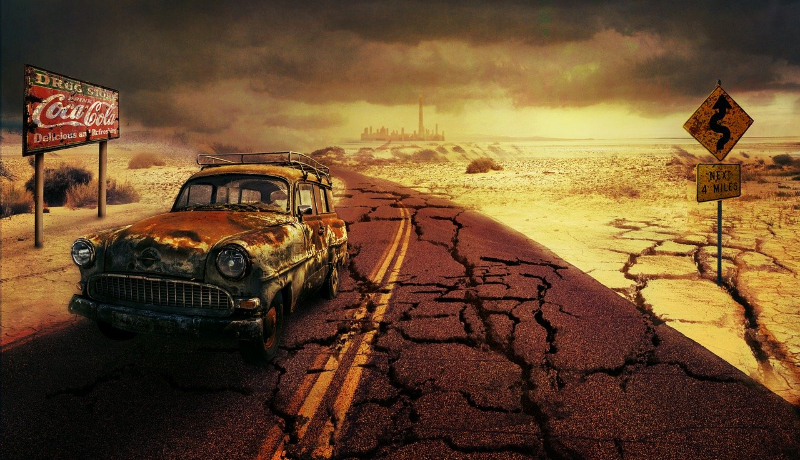 The predictive model currently dominating public discourse is the one produced a little over a week ago by the UK’s Imperial College (call it “Ferguson et al” if you want to sound like an insider). It delivered four shocking predictions that have greatly shaped governmental and media thinking since, as follows:

The modelers did not consider the economic and social implications of #4, a long-running clamp-down on inherently social economic activities such as retail, travel, manufacturing, governance, etc. Others have pointed out that the full implication of such an extended reversion to a pre-medieval economy on a planet with 7.4 billion people could be a catastrophe even crueler that a viral pandemic.

The draconian consequences of an open-ended shutdown have led to proposals to find ways to reboot the economy sooner rather than later (see Thomas Friedman, below), while minimizing the risk to those at greatest risk of dying as much as possible. Implicit in this is the argument that have some people “take a bullet” for the greater good is a better strategy than destroying our world to achieve the very fewest COVID-19 deaths.

The starting-point for this approach would be a two-week national lockdown—tight as a tick. Most cases that developed in that period would be mild enough for shelter-in-place. We’d do our best to help the high-risk cases. After that, let the uninfected return to work, quarantine everybody else.  There are many more layers to this approach and assumptions that need to be tested, but it seems to assume that Ferguson et al got it wrong when they said the pandemic will inevitably roar back if we take our foot off the brakes more than slightly. Needless to say, favoring the economy over the virally vulnerable has quickly attracted the feral attentions of the President, who seems ready to skip right over the essential first step of a fierce lockdown.

As it happens, a critique of Ferguson et al has just been published by seriously qualified people. It argues that the virus can be much more fully contained after the first wave than the model predicts. This would be very good news if true, so let me tell you who they are and try to unpack their argument, translating awkwardly from the original Nerdese.

The best-known of the three authors is Nassim Nicholas Taleb, the author of “The Black Swan,” “Fooled by Randomness” and “Anti-Fragile.” Taleb is a very smart, mathematically sophisticated explicator of complex systems problems. His two co-authors, Chen Shen and Yaneer Bar-Yam, are also his colleagues at the New England Complex Systems Institute, a concentration of scientists from Harvard, MIT and other schools you’ve heard of. Bar-Yam runs NECSI, and recently authored an opinion piece in USA Today arguing for an immediate 5-week national lockdown in the US (link below). These authors have the credentials to assess Ferguson et al, and here’s what they say:

Needless to say, this outcome would be vastly preferable to an extended return to the economy of the early Middle Ages. It depends on a very, very strong initial lockdown, and then an aggressive, proactive program to prevent and contain super-spreaders. Do that, they argue, and we can get on with our lives until a vaccine arrives.

These authors are hardly Pollyannas: they have argued in the past that a mishandled pandemic could turn into an “extinction event” for Homo sapiens.  I’m far from qualified to judge the merit of their argument, but their qualifications to make the argument mean to me that it should be more visible in the urgent global dialog about what to do next. Unlike nearly all medical doctors and even most epidemiologists, they are very deep in expertise about the potential behavior of complex systems such as, for example, a global pandemic. Here are links to two of their recent publications on this topic, in the original Nerdish.

Here’s Thomas Friedman in the New York Times on restarting the economy quickly:

And here’s a link to the original “Ferguson et al” model, within an explanatory article:

Tom Corddry
Tom is a writer and aspiring flâneur who today provides creative services to mostly technology-centered clients. He led the Encarta team at Microsoft and, long ago, put KZAM radio on the air.
Previous article
Indexer: As Local Sales Taxes Bust, Here’s Who Gets Hit Most
Next article
Frontlines: A Harborview Doc Reports from the ER