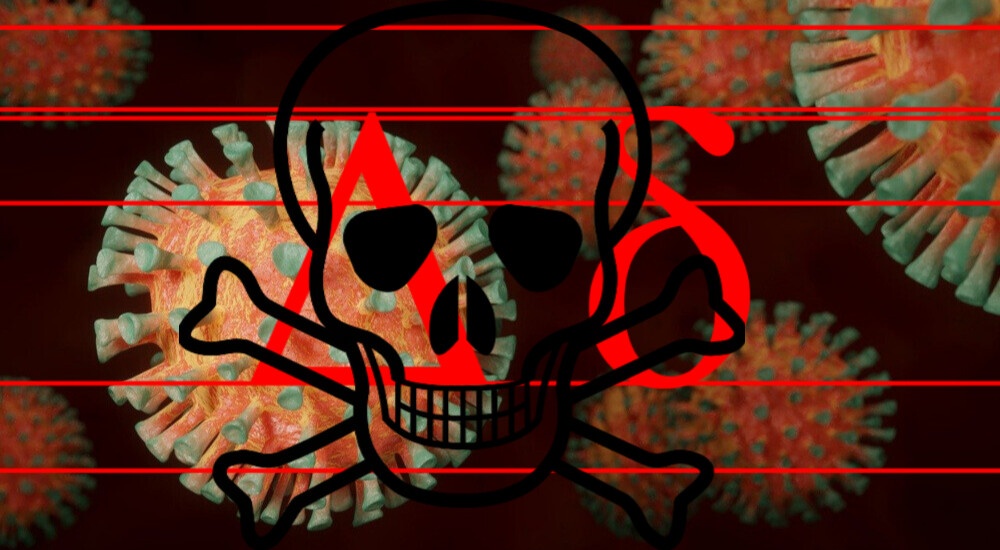 I doubt that the World Health Organization was trying to inject some thriller vibe into COVID variant naming schemes when it proposed shifting to Greek letters, but The Delta Variant could pass for the latest from Tana French or Robert Ludlum. That whiff of menace is perhaps appropriate–Delta has expert COVID-watchers pacing uneasily. Here’s why: it appears to have done the best job yet of stitching together higher transmissibility and greater vaccine evasiveness.

Until now, the most transmissible variants were different from the most evasive variants. Delta appears to be even more transmissible than the current reigning champ Alpha (maiden name B.1.117, “the UK variant”), and at least as vaccine-evasive as the reigning champ Beta (maiden name B.1.351, “the South Africa variant”). A full double dose of the vaccines still appears to offer good protection, but a single dose appears to provide a lot LESS protection against this variant than against earlier variants.

In the UK, Delta has quickly become the dominant strain, reversing that country’s declining case rate quite abruptly, despite the UK’s high vaccination rate. It is spreading most quickly among people aged 12-20. There’s some suggestion that it might also be more virulent, putting more patients in the hospital, but data is still scarce. Delta burst onto the scene in India, where it has been responsible for the horrific outbreak there. In the Chinese city of Guangzhou, a Delta outbreak has triggered a steep lockdown of a 15-million-person metropolitan area.

Delta now comprises over 6% of all cases tested in the US. Experts fear that it will soon become dominant here, and scythe through our still-large unvaccinated or half-vaccinated population, with greater impact on children than previous variants. Much of the US seems to believe that the pandemic is “over,” and the vaccination rates here have collapsed from a peak of about 3 million/day to less than 1 million, despite lotteries and prizes. New case rates and death rates have indeed fallen dramatically, to our great relief, but our rates of both are still ten times higher than they were in the UK when Delta arrived there. As with everything else in modern-day America, it’s polarized–red state legislatures are busy passing laws against local masking mandates, while a certain amount of masky virtue signalling still reigns in blue states.

Epidemiologists are most concerned about its impact on the unvaccinated rest of the world, where it could cause a worst-wave-yet of cases and deaths, and keep the mutation party going for the virus. In the first world, the rise of the Delta variant is likely to drive the need for boosters this year, which will compete for production resources with the initial doses required for the rest of the world.

Nobody knows yet whether COVID variants also vary in the degree to which they lead to cases of Long COVID. The best overall guess right now is that Long COVID symptoms occur in about 10% of cases. The worst Long COVID cases may do permanent damage–it’s too soon to tell, but there are still people who were among the first COVID victims who are still suffering brain fog, extreme fatigue, and other debilitating symptoms.

The coming of the Delta variant, it’s infectiousness among children, the weak vaccination rate, and the continuing unknowns about Long COVID could converge to threaten the universal K-12 school returns we hope for this fall. This is why Dr. Fauci was on TV this week urging people to get their jabs ASAP. He holds out the hope that we can vaccinate faster than Delta can spread. Where he gets his bottomless optimism I don’t know. The man is a wonder.

Tom Corddry
Tom is a writer and aspiring flâneur who today provides creative services to mostly technology-centered clients. He led the Encarta team at Microsoft and, long ago, put KZAM radio on the air.
Previous article
Do it for Ellis: Pro Baseball Looks at a team for Portland
Next article
Goodbye, Walker Rock Garden. Another Treasure We Failed to Save