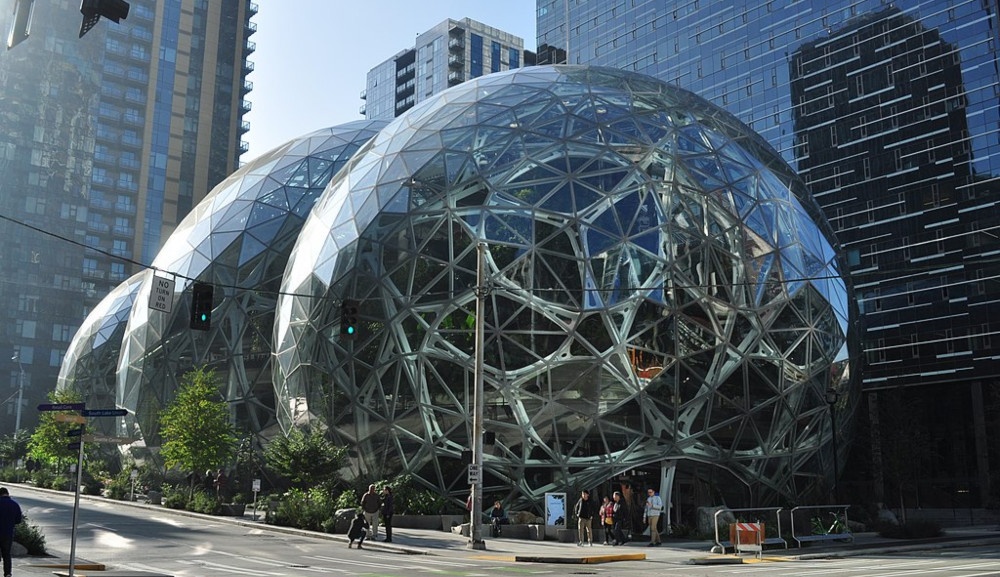 Will Tech Workers Come Back to the Office? The Case for Seattle

The tech industry, now the mainstay of the Seattle-area economy, has been built on attracting top talent. How will this play out as companies compete to hold onto and hire such talent in the post-pandemic, remote-work environment? A lot of Seattle’s ability to stay atop this world — as what some observers declare to be the second-biggest technopolis in the world (after Silicon Valley) with 200,000 tech workers in the region — will depend on these answers. Our region may have two strong cards to play.

First, the bad news. Kate Joncas, former head of the Downtown Seattle Association and now a planning consultant for cities, has noted that supercities like Seattle were comparatively more vulnerable during the pandemic. As tech cities, these economies suffered because so many tech workers could easily and quickly work remotely. As they departed their downtown offices, they put downtown retail and office buildings into a fatal spiral. (Perhaps only short term, as Seattle offices are bouncing back significantly.) Second, hot cities such as Seattle, San Francisco, and San Diego depend heavily on tourism and business travel, both of which shrank in the pandemic and may be long in coming back. Lastly, as progressive-politics cities, places like Seattle are tolerant of crime and homelessness — another drawback for the comeback.

Now, the mixed news about early indicators of tech companies’ plans to return to in-person offices. The Washington Post has just published a survey of many of these companies. It found that Amazon is the one company sending a strong (though tentative) signal for workers to come back to its offices this fall. Those in the remote-friendly camp are Twitter, Slack, and Microsoft. Those favoring a mixture (usually 3 days in office per week) are Google, Apple, and Uber. Facebook is surveying employees and not ready to announce a policy.

One awkward factor is that many of these mega-tech companies have been spending billions on new office buildings. The poster child for this is Apple, lavishing $5 billion on its spaceship headquarters in Cupertino, including an underground parking garage for 11,000 vehicles. Amazon has kept its 11-million-square-food Seattle campus running with low occupancy, and is building a $2.5-billion new campus in northern Virginia. Google is planning a mixed-use campus in San Jose as part of its back-to-the-city and back-to-the-office thinking.

What to do with all this space? Architects are busy designing interior walls, spacing out desks, opening windows, and outfitting live-and-remote conference facilities. One promising adaptation is to have the lower floors of these in-city office buildings be more open for public uses by having more meeting rooms, retail, classrooms, galleries. Already many of the lower floors of the Amazon campus in Seattle are “open” in this way, inviting the city and customers into the sanctums. That public-private interpenetration is one opportunity for downtown revitalization, including subsidized rental space for startup businesses and arts.

And now we come to the two cards Seattle could play in this competition for employees.

The first is healthy life-style. Air movement will become the new killer app for these buildings, including windows that can open. Seattle’s mild climate, as well as the region’s energy imperatives, give this welcome development a boost. “Healthy architecture” (a trend started well before the pandemic) could also be deployed in other parts of the city, such as making the new convention center expansion the healthiest in the land. Another opportunity for an “outdoors city” is to provide more incentives for restaurants and arts facilities to embrace the outdoors.

The second card to play is live-work balance, an old Seattle attraction. The city once prided itself on this value, until it was eclipsed by tech culture’s insane hours and 24/7 work life. Now workers have had an enforced taste of working at home, rebuilding family bonds, and learning to garden. So the appetite for a fuller, more balanced life might come back, refreshed.

Employees have gained bargaining power (there’s a shortage of workers), so they will demand such flexibility for a more balanced life, and companies will see these perks as competitive advantages. One example is “working vacations,” where employees can reside in rural paradises. Another is developing tech-rich satellite offices in affordable cities such as Boise, Omaha, Tulsa, and St. Louis. Amazon (particularly under new leadership) and other tech companies are becoming more responsive to their employees’ desires for better working conditions and more time to volunteer for good causes. Seattle needs to get on this train.

Ironic it may be, but for Seattle to go back to its older values — affordability, low congestion, family-friendly, outdoorsy, arts-rich, tolerant and socially progressive — may be a competitive advantage we have rediscovered for the new economy. True, we have lost the affordability game by letting real estate costs go way up. (Too much population growth, too little housing built.) But many of those core values of livability survive as the city emerges, rubbing its eyes like Rip Van Winkle, into a new era.