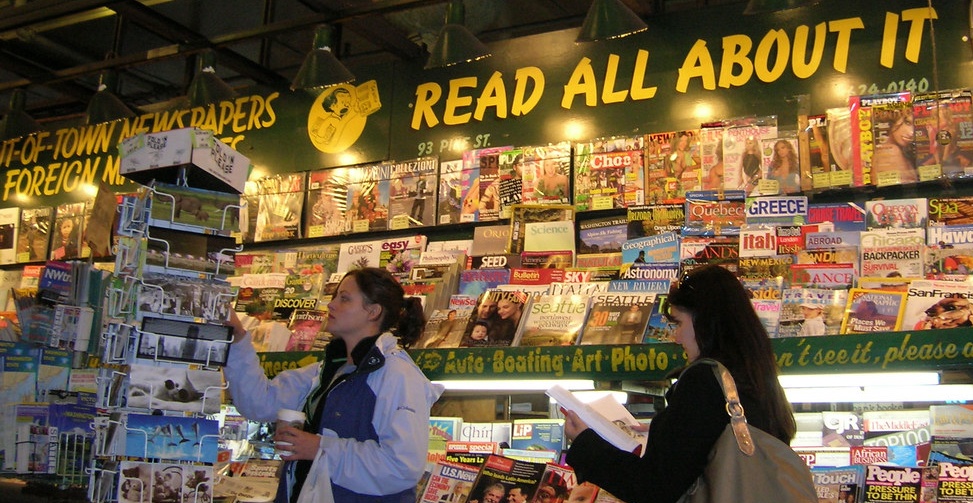 If it’s true that the kind of news we get depends on who is telling the stories, then some of our most important news organizations are in the midst of a transformational change. A wave of women journalists has finally ascended to lead some of the top newsrooms in the country. And it’s beginning to feel like a movement.

The latest round of congratulations goes to:

These groundbreaking announcements follow an earlier round of good news for women journalists when Monica Richardson was named executive editor of The Miami Herald and Rashida Jones was named president of NBC News. In addition, women now hold top editorial jobs at CBS, CNN, The Economist, Financial Times, The Guardian, MSNBC, NPR and USA Today.

As a former president of Journalism and Women Symposium, it warms my soul to see such accomplished and deserving women journalists taking on newsroom leadership roles where they can make a difference in what news is reported, how it’s reported and who reports it. It is often said that if “you’re not represented, you’re misrepresented.” With more women and people of color making key news decisions, we may see more diversity and equity in news coverage – and in newsroom staffs.

As Margaret Sullivan, the Washington Post media columnist, wrote in a recent column: “The benefits of diverse leadership can be subtle and hard to pin down. But they are real. They have to do with one’s formed-in-the-crucible understanding of the validity of various points of view, particularly those of ‘the other.’ They have to do with mentoring staffers of all ages, races and genders. And with openness to approaches that, even in an industry that can be hidebound, aren’t ‘because we’ve always done it that way.’

“That’s what makes this moment so encouraging, as the guard changes at some of America’s largest and most influential news outlets.”

The guard is changing at a time of increasing challenges for news organizations including issues of diversity, economic survival and retention of staff, especially of women and people of color. All these struggles come amid the ongoing attacks on media over so-called “fake news” and questions about credibility and trust as audiences splinter and turn to only like-minded social media.

A key question is whether women like Buzbee, Jacobson and Galloni will get the support they need to flourish. That hasn’t always been the case for women “firsts.” Remember Jill Abramson, the first woman to serve as executive editor of The New York Times? She was fired in 2014 after raising questions about her pay equity and amid criticisms that suggested she was too caustic and “pushy.”

Less than a year after her firing, Abramson joined me on stage at the annual conference of Journalism and Women Symposium for a Q&A session. She joked about how in the flurry over her firing so much of the talk had been about her personality, often in overtly sexist tropes. But while making light of all the aspersions cast at her, it was clear that the Times had been the love of her life and her passion for journalism had driven her actions.

Organizations like the International Women’s Media Foundation (IWMF),  Journalism and Women Symposium (JAWS), Poynter, Take The Lead and others recognize the need to help more women succeed as newsroom leaders and offer a range of programs to train, inspire and support women in management roles. When great journalists like Buzbee, Godwin and Jacobson take on the top editorial positions, it’s good to know that they will have the kind of support that perhaps Abramson didn’t receive.

These newly appointed newsroom leaders will need all the support and encouragement they can get. For a quick take on the economic struggle of newspapers, consider these statistics from Pew Research:

To these crushing statistics, add data showing that women are still largely outnumbered at most major news outlets, especially in management, as reported in an earlier article for Post Alley.

Jim Simon, a Post Alley colleague and former managing editor at The Seattle Times, calls Jacobson “incredibly smart, creative and a quick learner” who is well liked and trusted by the newsroom. He says it is rare for the paper to go outside for a big hire.

Unlike The Seattle Times, The Washington Post did not promote from within. Instead, it reached out to Buzbee, the AP’s executive editor and senior vice president and the newswire’s former Washington bureau chief. Buzbee’s appointment was widely and deservedly acclaimed.  I have always been impressed by her. She was a panelist on a 2014 program I moderated at the National Press Club titled “Ms. Quote: Why Are Women Missing from the News?” and she spoke forcefully and eloquently about the need to hear more women’s voices and for journalists to reach out to more diverse sources. These views are good news for the Post newsroom and its readers.

However, the fact that the Post did not promote from within has raised questions about its newsroom culture. A Politico article by former Washington Post reporter Paul Volpe posits that the paper had to look outside because “The Post’s executive leadership pipeline has long been so male dominated that, according to interviews with staffers and other press accounts, there were no women internally who were considered leading candidates to be the next executive editor.”

The alleged lack of women in the Post’s executive leadership pipeline may be due to issues in its newsroom management and culture, but it also raises the issue of retention. It’s troubling to see increasing reports about the number of women journalists and journalists of color quitting the profession.

Carla Murphy, herself a former journalist, decided last year to look into this trend. She called it “The Leavers Survey” and reached out to 101 former journalists of color like herself. Of those she surveyed, 81 percent identified as women, the majority worked in print and most left the business between the ages of 27-35. Seventy percent were on staff and the rest freelanced. Asked about leaving, 65 percent said they made a decision to stop doing journalism, 20 percent cited company downsizing, restructuring, buyouts, 13 percent said they couldn’t find sufficient or any work, and 2 percent retired.

Murphy says she developed the informal survey in part as a resource for newsroom leaders, and the results are ones Jacobson, Buzbee and their cohort might find worth studying. The former journalists of color told Murphy that newsroom stress was the number one reason they decided to stop being journalists, followed by low pay and newsroom mismanagement.

Her informal survey reflects earlier research by Tracy Everbach and others on why women leave journalism. While women have outnumbered men in journalism programs since the 1980s, men still outnumber women in most newsrooms. Everbach’s research found that women often left journalism for better paying jobs and more family-friendly professions, but they also left because they didn’t see a future. Their newsroom leaders were all male.

Thanks to the rise of women like Jacobson, Buzbee, Galloni, Godwin, Richardson and Jones, the younger women in their newsrooms can now see role models in whose footsteps they can strive to follow. Perhaps one day it will no longer be news when a woman takes these top editorial posts.

Linda Kramer Jenning
Linda Kramer Jenning is an independent journalist who moved to Bainbridge Island after several decades reporting from Washington, D.C. She taught journalism at Georgetown University and is former Washington editor of Glamour.
Previous article
How FDR Defined Infrastructure: Roads, Bridges and Writers
Next article
A GOP Splinter Surfaces, but can a Rogue Rump Rumble?