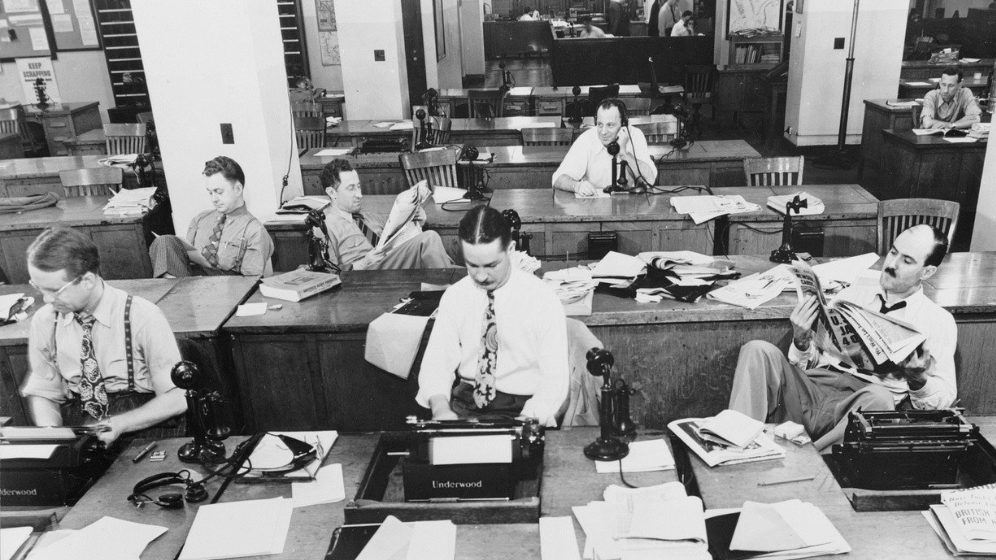 Out of the Balcony: Progress for Women in America’s Newsrooms

First, I read the headlines that President-elect Joe Biden had named an all-women communications team. A first in White House annals.

Then in rapid succession this month came the announcements that:

As I was chronicling all this recent great news for women journalists, I kept thinking of the women who put their careers on the line to open up newsroom doors for those who followed — women like Betsy Wade. Wade was the lead plaintiff in a gender equality class action lawsuit against The New York Times in 1974. She died earlier this month at the age of 91.

That landmark lawsuit made a difference for all the women journalists who followed Wade into the Times newsrooms and into others around the country as publishers and editors realized a day of reckoning was upon them.

I had the privilege of getting to know Wade through a Journalism & Women Symposium. Over the years she mentored many in this national network of women journalists as she continued to give back to future generations of women in her beloved field. When I served as president of the organization, I could always count on Wade to share her wisdom and guidance.

In the 1970s when Wade and six other women sued The New York Times, women reporters there and other news outlets were paid less than male colleagues and usually relegated to writing for the lifestyle pages. Wade was the first woman to work on the Times copy desk.

To understand what newsrooms were like for women in that era, watch “Good Girls Revolt” on Amazon. The show is based on the book of the same title by Lynn Povich, who worked at Newsweek when women were hired as researchers. They often reported stories that were published under a male colleague’s byline. Povich was one of the plaintiffs when the “good girls” revolted and sued Newsweek. It was the first female class action suit. The women were represented by Eleanor Holmes Norton.

Peggy Simpson, one of the plaintiffs in the discrimination suit against The Associated Press in that same era, once told me about a bureau chief asking her career goal. When she said she’d one day like his job, he said that wasn’t possible because she was a woman.

The discrimination against women journalists extended beyond the newsroom. For example, the National Press Club not only excluded women from membership, it also barred them from covering its famous newsmakers luncheons. These luncheons began in 1932 with Franklin D. Roosevelt and always featured similar high profile speakers. In 1955, the club relented a bit and agreed to allow women to sit in the balcony and be escorted in and out. (Nan Robertson later titled her book about the equality struggles by women journalists, “The Girls in the Balcony.”)

In 1959, the Press Club made a one-time exception to its balcony rule. Nikita Khrushchev refused to speak unless women were allowed equal access, women like White House correspondents Helen Thomas of United Press International and Fran Lewine of The Associated Press.

A half century ago, in January 1971, the Press Club finally voted to admit women as full members.

These recent announcements highlight the welcome progress of women in journalism. There are now women TV anchors when once this was unimaginable. There are women top editors at papers like The Seattle Times. It is no longer unusual to see women reporters covering war zones and presidential campaigns (both dangerous assignments these days). Mindy Cameron, a Post Alley colleague, served as the first woman city editor of The Seattle Times and later its first woman editorial page editor, breakthroughs recounted in her recent memoir, “Leaving the Boys.”

Marjorie Jones was another woman who broke barriers at The Seattle Times. In her recent obituary, the paper recounted that “Jones and Alice Staples, whose first byline appeared in The Times in 1944, were the newsroom’s first female general-assignment reporters — the only two women who worked on stories outside the “society” section.” Jones died this Dec. 5 at the age of 103.

It’s encouraging and inspiring to hear about the “firsts” and the ongoing advancement of women in the news business. But the fact that in 2020 women still are breaking barriers underscores that gender equality remains a goal, not a reality.

In most news outlets the people deciding what is news and how to report are majority white and male. Journalist’s Resource in an article on newsroom diversity earlier this year chronicled how various studies continue to show that the news industry is not representative of the communities it serves and has failed to meet the goals set by its own industry organizations.

One way to look at who tells a community’s story is to look at bylines. For this article on gender equality, I looked up The Women’s Media Center “The Status of Women in the U.S. Media 2019.”

According to that study:

While these statistics show how much work still needs to be done, they also show that women journalists are no longer stuck in the balcony. As Gloria Steinem says: “When women are present — in front of and behind the camera, running newsrooms, creating media companies — stories do get told that would not otherwise be known.”

Linda Kramer Jenning
Linda Kramer Jenning is an independent journalist who moved to Bainbridge Island after several decades reporting from Washington, D.C. She taught journalism at Georgetown University and is former Washington editor of Glamour.
Previous article
Taking Names: Reps. McMorris Rodgers and Newhouse Joined Texas Lawsuit
Next article
America – the Past is never really Past