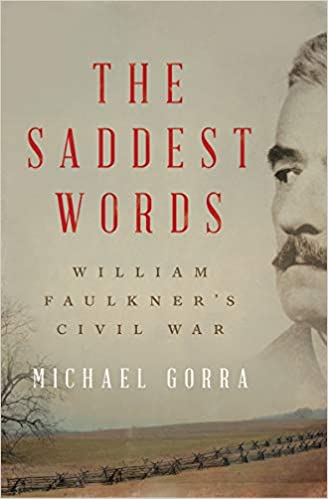 America – the Past is never really Past

“What was is never over.  There have been moments in our history, brief ones, where the meaning of the Civil War has seem settled.  This isn’t one of them, not when the illusion that this country might become a post-racial society lies in tatters. Again.”
— Michael Gorra, “The Saddest Words:  William Faulkner’s Civil War“

I’ve not read Faulkner in a long time, and still believe as ever that to know American history we must know our Civil War, its genesis, its aftermath of Reconstruction, Jim Crow, a lingering Lost Cause, the Civil Rights movement and today’s anger after George Floyd/Breonna Taylor and others.

Gorra’s book takes on that unfolding history – our endless encounter with a racial past, and with it Faulkner’s own confrontation with race in his native Mississippi.

As he writes, “…is the past ever really past?  It is, and is not.  It was, and that’s why it can’t be changed or fixed, why it still has power and weight.  That’s why it hurts.  Was — a determining force, on which we can  have no purchase, and for which there is no redress. The past stays with us, irrevocable and unrecoverable.”

What we can do, and that is the work in progress I always call America, is fix today and tomorrow.  We fall back, push forward, again and again, and find ourselves at a perilous crossroads, a political civil war, even now.  What road now waits?

As someone wrote this weekend, of the unprecedented assault on our electoral system by a sitting president, of that assault’s embrace by so many Americans, of the threats against civil servants who followed law and duty. “What happened? What happened here in this country? Who are we as people?”

Yes, who? The everlasting American question…

Mike James
Mike James was a long-time anchor newscaster at KING TV.
Previous article
Out of the Balcony: Progress for Women in America’s Newsrooms
Next article
Insta Unfiltered, a Tech Tale