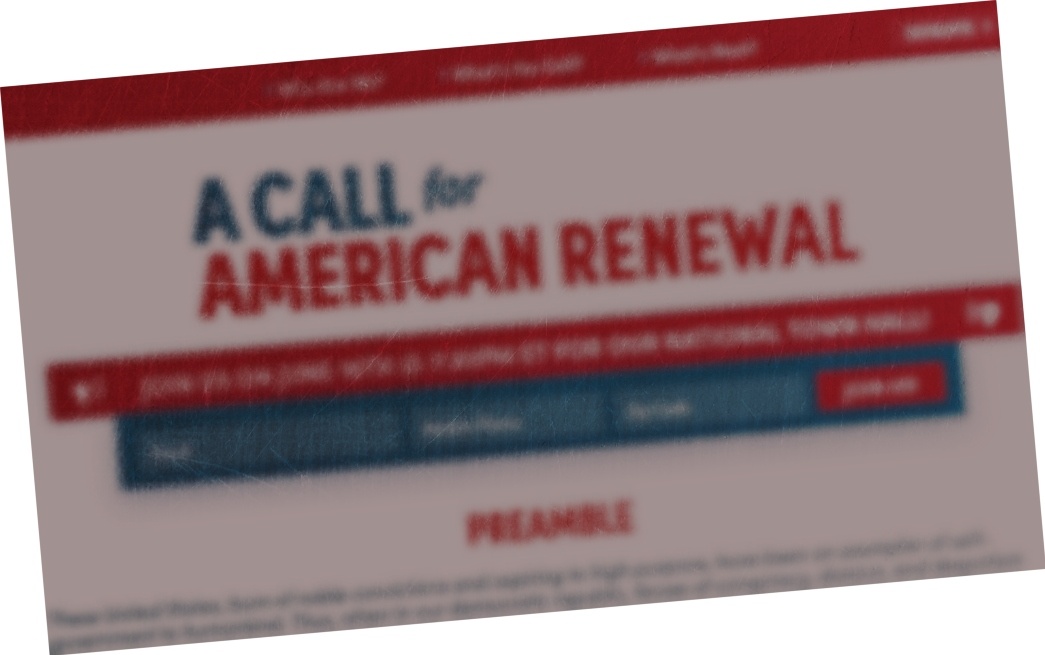 A GOP Splinter Surfaces, but can a Rogue Rump Rumble?

“A Call for American Renewal,” a letter signed by 100 allegedly prominent Republicans and touted by the New York Times, has called for the Republican Party to “rededicate to its ideals” or “hasten the creation of an alternative.” new party.  Former Republican State Chairman Chris Vance put it out on Facebook with the message:  “Listen up. Are you disgusted by the Trump GOP but don’t want to be a Democrat? Join us. Are you a homeless moderate? Join us.”

So far, the joiners seem old and few. The letter is dotted with people once in office and once prominent, such as former Pennsylvania Gov. Tom Ridge, but absent are names of those who’ve lately won elections.  The three signers from Washington state – Vance, former Rep. Rod Chandler, and onetime King County Prosecutor Chris Bayley – have all lost U.S. Senate bids in recent years.

Such has become the model at Lincoln Day dinners in recent years.  A few years back, Sen. Slade Gorton, R-Wash., touted leadership’s likely initiatives  in Congress’ upper chamber. Nowadays, those on the ballot get second billing to mouths from right wing media.

Trump is triumphant in his hold over the party of Lincoln. Take a look at the latest CBS News/YouGov poll of Republican voters.  More than three-quarters want to follow the 45th President’s lead on major issues, 88 percent on immigration.  Seventy-seven percent want the party to take Trump’s approach to bashing the media.  Eighty percent of those who followed the purge of Rep. Liz Cheney approved of her removal from the House Republican leadership.

Even two Republican House members from this state, among the 10 who voted to impeach Trump in January, appear back to toeing the party line.  Rep. Dan Newhouse, R-Wash., has joined those claiming that federal COVID-19 relief is making people lazy, Tweeting: “Our local businesses are struggling to find the labor they need because the federal government is paying more for unemployment than for work.”  Newhouse faces two already-announced far right challengers in 2022, State Rep. Brad Klippert, R-Kennewick and 2020 gubernatorial nominee Loren Culp.

U.S. Rep. Jaime Herrera Beutler, R-Wash., stood with Liz Cheney but delivers party talking points in a new fundraising letter. It accuses the Biden Administration of “frightening radical left wing policies” that have “Bernie Sanders, AOC and The Squad jumping for joy.” Joe Biden is guilty of “dangerous immigration policies,” would “roll back your 2nd Amendment rights,” and is “blatantly lying to us,” she alleges.  Herrera Beutler is also facing challengers from the right.

The far right has flopped statewide in this Washington. Voters gave thumbs-up to sex education in public schools. Culp took only 26 percent of the vote in populous King County in his bid for Governor. The lone survivor on Republicans’ statewide ticket was Secretary of State Kim Wyman, who has been busy on national Cable TV shows advocating statewide mail-in voting.  (State Sen. Doug Ericksen, R-Ferndale, co-chair of Trump’s 2016 campaign, has proposed going back to voting at the polls on election day.)

At the same time, anti-Trump Republicans are going nowhere fast.  The Lincoln Project, which produced jazzy TV spots last year, has largely imploded after disclosure that it was milked by political consultants and saddled with sexual advances made by a co-founder.  Chris Vance and ex-U.S. Rep. Brian Baird sought to launch an independent political movement in this state, but it achieved no success and was abandoned.

One prominent nearby Republican officeholder, also facing a Trump-allied 2022 challenger, does continue to speak out.  Sen. Lisa Murkowski, R-Alaska, has decried efforts by some GOP House members to airbrush the January 6 insurrection at the U.S. Capitol. “This was not a peaceful protest,” Murkowski said this week. “When somebody breaks and enters and . . .  they don’t completely trash your house once (they’re) inside does not mean it has been peaceful.”

Trump, back at his New Jersey golf club for the summer, is eager to get back in action.  Aides have hinted that MAGA rallies will resume next month.  A scramble for his affections is underway among Senate candidates in Pennsylvania, Ohio, and Missouri, where incumbent establishment Republicans are retiring.  He has begun making endorsements such as ex-aide Sarah Huckabee Sanders’ bid for Governor of Arkansas.

The latest test of Trump’s clout is on the House floor this week, a bipartisan resolution for a 9/11-style commission to investigate the January 6 insurrection at the Capitol. House Minority Leader Kevin McCarthy has announced his opposition.  McCarthy would likely be called as a witness over his mid-insurrection phone conversation with Trump, pleading for help.

Trump has directed his troops to quash the commission. “Republicans in the House and Senate should not approve the Democrats’ trap of the January 6 commission,” he said in a Tuesday statement.  “It is just more partisan unfairness and unless the murders, riots and fire bombings in Portland, Minneapolis, Seattle, Chicago and New York are also going to be studied, this discussion should be ended immediately.”

Added the ex-President: “Hopefully, Mitch McConnell and Kevin McCarthy are listening.” The party faithful are hearing him loud and clear.