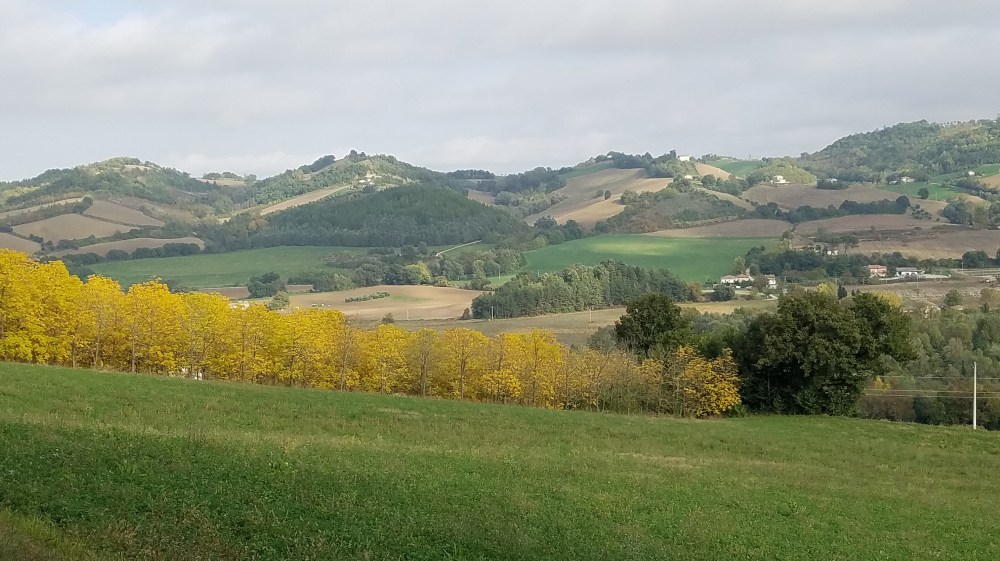 The Year of Living Pandemically — Italian-Style

Last year at this time, Italy was one of the first countries to be hit with COVID. It hit it like a freight train. People contracted the virus and two weeks later they were dead. Medical centers were so overwhelmed that the army had to organize convoys to take away stacks of bodies. Two people we knew in our small village perished and one has never fully recovered, having permanently lost her ability to sing.

But almost as quickly as COVID spread, the country marshaled its resources and adopted regulations restricting travel and socializing. By late spring, the rates of infection and death were almost down to zero. Indeed, Italy had a reasonably pleasant and typical summer, albeit with a tiny fraction of the tourists it is usually inundated with. Looking back, it all was tragic but seemed to have been under control.

But talk about backsliding. Wow.

Just when everything seemed to be getting back towards “normal,” the second freight train hit. This one was even more pervasive and deadly than the first one, five months earlier. By late fall, the graphs recording infections and deaths rapidly dwarfed the first wave, which now seems like a mere blip on the revised vertical axis. Despite some decline since, rates have gone back up and stayed higher than the peak of the first wave. So what happened?

Partly, it was that many people became complacent and started reverting to pre-pandemic behavior. We saw beaches packed with chairs, set cheek by jowl during August. Some people persisted in hanging out in their favorite cafes, without masks, despite the rules. Visitors from other European countries  came for holidays, unwittingly carrying new, highly contagious variants. These spread faster and harder than the first wave.

Compounding it all was the ineptitude of the EU, which busied itself with negotiating prices of vaccines downward while the U.S. and U.K were simply buying up supplies at market rate. We still have no idea when vaccines will be widely available here. “Hopefully, next month” is the usual headline in newspapers. Meanwhile in our small village an infected child went to school, passed it on to his classmates, and since then more than two dozen adults have been diagnosed with COVID and kept in quarantine.

But this time, the Italian government is prepared to offer a greater degree of assistance to people affected by the radically diminished economy. Last go-round, modest payments were sent to owners of businesses that suffered during lockdowns. I suppose back then no one thought the negative impacts would last this long. In retrospect, that level of aid was wholly inadequate to weather a whole year.

Now, the array of assistance is measurably more thoughtful. Back taxes on small businesses are being forgiven. That relieves many businesses who were threatened with closure because they could barely make payroll, much less pay off prior debts.  Payments to both owners and workers are now provided, along with extended unemployment benefits, and the benefits are much easier to apply for.

During COVID’s first wave, one category of workers was entirely left in the cold – people who are independent contractors, remote home workers, and otherwise self-employed. Before, they received nothing and had to fend for themselves. Now, these people are receiving checks, not enough to live extravagantly but enough for basic needs. Further, individual workers’ contributions to the social security fund have been suspended.

The recent Support Decree issues as much as 2,400 euros to self-employed people, who are estimated to number 800,000. This is in part to recognize the new economy of many more people working alone — a trend rapidly increasing even prior to Covid.

Businesses that fit particular tax categories can also apply for assistance, with 3,000 euros of support for each employee. This will affect 3 million businesses and surely enable many to keep their doors open. Our local restaurants have struggled to stay afloat by offering to deliver their excellent meals all day and into the night. Often it’s the family’s father or grandfather who brings the meals to the front door, still hot, still fresh, and still delightful.

We have availed ourselves of these offers many times, always including a 20 percent tip for the generous service, despite the Italian tradition of not tipping. By now we know the families who run these places and dearly want to see them survive this catastrophe. Most of all, we want to be able to return to the conviviality of seeing friends and neighbors at nearby tables. If COVID has highlighted anything it is how important socializing is to enjoying good food.

We have also engaged language teachers on-line and continued hiring people to tend to the garden or make home repairs. It’s not just the government that should be responsible for keeping the workforce housed and fed. Besides, it is still a joy to walk down the street to the little market owned by 87-year-old Ivana. I watch her while she selects the biggest farm-fresh, brown eggs from the pocketed cardboard trays delivered early each morning. Even though both of us are wearing masks, we can make “smiling-eyes” contact and wish one another and our spouses good health.

Throughout this difficult and tragic year, and despite governmental lapses, we citizens can still maintain our basic humanity. Fortunately and famously, village Italians know how to help family businesses very well.

Mark Hinshaw
Mark Hinshaw is a retired architect and city planner who lived in Seattle for more than 40 years. For 12 years he had a regular column on architecture for The Seattle Times and later was a frequent contributor to Crosscut. He now lives in a small hill town in Italy.
Previous article
The Next Challenge to American Democracy
Next article
Guns. Again.