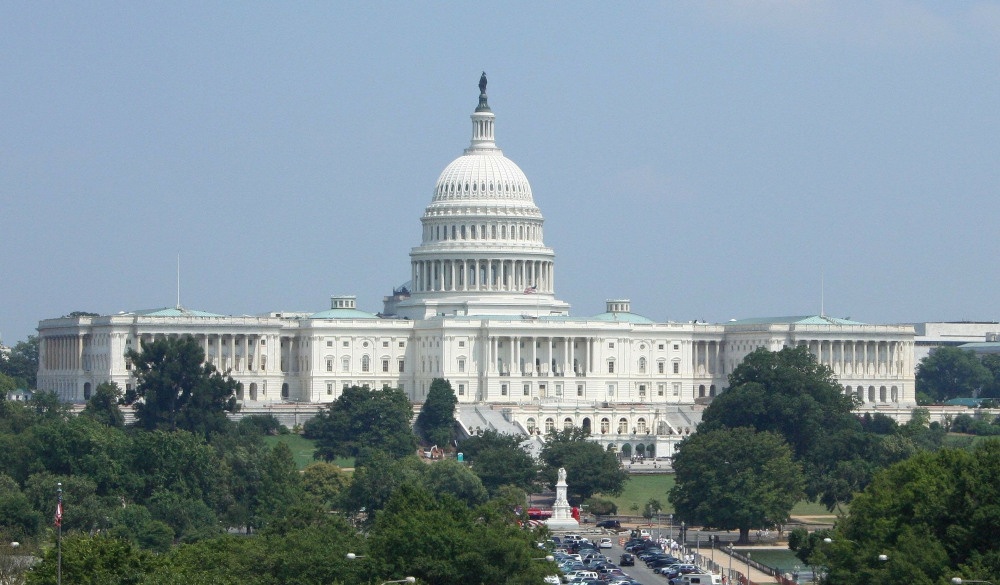 The Next Challenge to American Democracy

Last September I predicted that the 2020 election would represent the most dangerous moment confronting America since the darkest days of the Civil War. The reelection of President Donald Trump, I feared, would set us on an authoritarian path that would be next to impossible to reverse.

Today, Donald Trump is in exile and Democrats control both houses of Congress. The republic is secure and the rule of law has been restored. But just over the horizon, storm clouds are re-forming and gathering strength. A non-celebratory, realistic assessment of the political landscape must conclude that there’s a high likelihood that in three years we will once again be facing a Trumpist attack on our constitutional order. To win that fight, the center must hold. Moderates must be convinced to resist the scaremongering and siren songs of Christian-nationalist populism.

If the 2020 election results had matched the polling, Republicans would have suffered a comprehensive, crushing defeat that might have broken the fever of Trumpism and helped more traditional Republicans restore the GOP to sanity. Unfortunately, the polls were wrong again. The aftermath of yet another close election has only increased partisan rancor and made Trumpist authoritarianism even more dangerous. Other than Trump leaving office, everything that has happened since Election Day has increased that danger in three principal ways.

First, Republicans won enough to refute the argument that Trumpism is a political loser. Trump was very nearly reelected. Republicans held on to 50 seats in the Senate, made gains in the House, and maintained their advantages in state houses. Doubling and tripling down on the Trump strategy of relying on the GOP’s white evangelical and working-class base — even at the expense of forfeiting college-educated suburbanites — has been proven to be a viable political option.

Second, Trump’s unprecedented refusal to concede, and his audacious campaign to promote the Big Lie of the stolen election, has taken root in the Republican psyche. The idea that evil, unseen forces conspired to steal the election conforms perfectly to the Republican obsession with victimhood. Rather than being deflated in defeat, Republicans are energized, outraged, and hungry for revenge.

Finally, the insurrection of January 6, and the resulting impeachment debate, did not chasten Republicans. On the contrary, the previously alien practice of contesting election outcomes in courts (absent extraordinary circumstances such as in Bush v. Gore), let alone taking that fight to Congress, state legislatures, and the streets, has now been normalized. The Republican base has been radicalized and the remaining establishment Republicans have tacitly consented to extra-constitutional tactics as the necessary means for a minoritarian party to gain and retain power.

Trump has made it crystal clear that he wants to continue to lead and define the Republican Party. And both the GOP base and its leadership have accepted his whip — the former enthusiastically, the latter more grudgingly.

The result is that Christian-nationalist authoritarianism has essentially captured one of our two major parties.

Across the country, Republican legislatures are trying to change election laws to make it harder to vote. Some have even proposed giving themselves the authority to overturn the results of a presidential election. It is unclear how many of these laws ultimately will be enacted, but Republicans weren’t just performing for their base when they fought the 2020 results. Vote suppression (and worse) is now a key Republican strategy and principle.

It is highly likely that the Trumpified GOP will retake the House in 2022. Since the end of World War II, the serving president’s party has lost an average of 27 House seats in midterm elections, and Republicans only need to flip a handful of seats to make Kevin McCarthy speaker. With the recent announcements of Republican senators retiring, and given the distribution of states with Senate elections in the next cycle, the Democrats have a much better chance to hold their majority in the upper chamber. But it is entirely plausible that Republicans will control both houses going into 2024.

Barring significant health or legal problems, Trump may well run again and become the Republican presidential nominee in 2024. How can anyone look at polling, and his remarks at CPAC, and conclude otherwise? And even if Trump doesn’t run, the nomination almost certainly will go to one of his offspring or acolytes.

Given the locked-in nature of America’s partisan divide, a third Trump election will almost certainly look just like the first two, regardless of the success of the Biden administration or whether President Biden runs for a second term. Republicans seem destined to once again lose the popular vote in 2024, perhaps by an even greater margin than in 2020. But the overwhelming likelihood is that the outcome of the Electoral College, with its significant bias in favor of the GOP-dominated rural areas, once again will come down to a few thousand votes in a handful of states.

And if the Trump/Republican Party loses again, does anyone doubt the severity of the mayhem that will follow — this time with radicalized Trumpists in control of a majority of state legislatures and at least one house of Congress?

Thunderclouds are brewing and we already can see the lightning on the horizon. How do we prepare? What America really needs, of course, is a complete constitutional overhaul to eliminate or reform the Electoral College and reform representation in the Senate. Passage of new federal laws to prevent Republican voter suppression would be invaluable. But none of that is likely to happen in the foreseeable future.

For Democrats, the key to beating Trumpism again is to win big majorities of the small but critical number of swing voters. These include college-educated, mostly white suburbanites, persuadable Republicans who don’t like Trump, and independents — in short, moderates.

President Biden ran as a moderate. He needs to govern from the center. The Republican tactic of screaming “socialism!” at moderate suburbanites actually works when the charge is credible. The left wing of the Democratic Party is impatient and frustrated, and some progressives are already talking about purging moderates. But now is not the time for either a Democratic civil war or a lurch toward the policy positions of the democratic-socialist wing of the party. The Democratic Party needs to remain focused on widely popular positions: fighting the pandemic, building infrastructure, expanding access to health care. The Republican playbook has always been focused on scaring white suburban voters. Democrats need to deny them the fuel to light that fire.

Never-Trump Republicans played a key role in beating Trump in 2020. That role needs to grow going forward. As has been reported, current and former Republicans who have served as elected officials, appointees, and party leaders are involved in discussions to create a new center-right political movement, a movement that may evolve into the formation of a third major party. In the short term, having credible Republican voices speaking out against Trump gives Republican-leaning voters and other moderates permission to oppose Trumpism. In the long term, the creation of a new party that would split the Republican Party (in the same way that the Republican Party split the Whigs in the 1850s) would go a long way toward ending the threat of Trumpist authoritarianism.

Most people assumed Donald Trump wouldn’t really run in 2016, then believed he couldn’t win the Republican nomination, and then thought he inevitably would lose to Hillary Clinton. Most people assumed that something — the Mueller investigation, the Ukraine scandal, his personal finances — would be the end of his presidency, after which he would lose the 2020 election by a wide margin and fade away. After all those false assumptions, there are still a lot of smart people who doubt the political staying power of Trump and Trumpism. That is a dangerous delusion. The authoritarian enemies of democracy are planning for the next battle. We need to do the same by keeping the center strong.

This story first ran at the Niskanen Center.

Chris Vance
Former Washington State Republican lawmaker and State Party Chairman. Republican nominee for the US Senate in 2016. Now an independent.
Previous article
How to Hand-Publish a Book: A Women’s Writers’ Group Bonds
Next article
The Year of Living Pandemically — Italian-Style