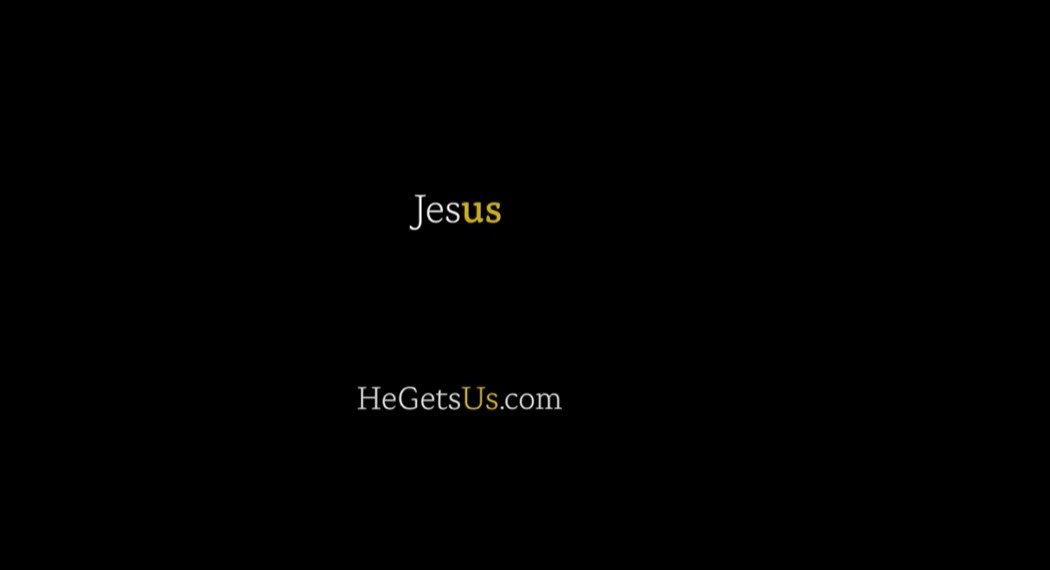 If you have been following the baseball playoffs (as have we Seattle Mariner fans) you have probably seen ads with the tag line “Jesus gets us.” The $100 million “He Gets Us” campaign is the work of a marketing firm called Haven based in Grand Haven, Michigan. Jason Vanderground, Haven’s president, says his hope is that the campaign can bridge the gap between the story of Jesus and public perceptions of his followers.

In other words, the general public likes Jesus; it is his people they can’t stand.

This is not a new problem. The English Romantic poet, Shelley, once remarked, “I could believe in Christ if he did not drag behind him his leprous bride, the church.” (Note: “the bride of Christ” is one of the New Testament’s images for the church.)

But the gap between Jesus and Christianity has widened with the cultural ascendency of the evangelical and fundamentalist branches of Christianity in America, and their identification with the increasingly extremist Republican Party. At the same time, the once dominant liberal and mainline churches has lost numbers and influence.

According to a recent Washington Post article, the “He Gets Us campaign, funded by the Signatry, a Christian foundation based in Kansas, will expand in the next few months, with an updated website, an online store where people can get free gear if they forgive someone or welcome a stranger, and an outreach program for churches, all leading up to a Super Bowl ad.”

“The campaign has done extensive market research and found that, while many Americans like Jesus, they are skeptical of his followers.

“The market research split Americans into four categories: non-Christians (16 percent of the sample), people who are ‘spiritually open’ (20 percent),’Jesus followers’ (34 percent) and ‘engaged Christians’ (30 percent). It showed a wide gap between the first three groups and the last category.

Many, not all, evangelical or conservative Christians have embraced a version of Jesus heavily identified with U.S. nationalism, of the Trumpist variety, and as a combatant in our Culture Wars. Even those whose acquaintance with Jesus or the Bible is limited cannot square that version with the one who said, “Love your enemies,” “Blessed are the peacemakers,” and “I desire mercy not sacrifice.”

The most interesting thing about the He Gets Us campaign is that it is not trying to sell people on church or church-going. All that is side-stepped in favor of the guy himself. In this respect, “He Gets Us” reflects the “spiritual but not religious” ethos of our times.

The campaign implicitly challenges the identification of Jesus with Republican politics and U.S. nationalism. The Jesus it presents is human, humane and empathetic. Even radical.

In these respects, the campaign is more true to the Jesus of the New Testament than that of his loudest and most politicized followers. They tend to turn Jesus into a legalistic figure who will send you to hell if you don’t buy their causes and politics. The Jesus of the New Testament is a figure of grace, forgiving sin and sinners, preferring the company of the lost and repentant to those who are certain of their own righteousness.

While I view “Christian Nationalism” as a heresy that betrays Jesus, I am not ready to abandon the church as a whole, despite our admitted faults. In fact, our “admitted faults” are crucial, as the church is not intended to be a gathering of the perfect so much as a fellowship of the guilty — those who know their failures and foibles and their need of God’s mercy.

In this sense, church is like the 12 Step movement, which grew out of the church and Christianity in the mid-twentieth century. In 12 Step groups people start in by telling the truth of their brokenness and need: “I’m an alcoholic, I’m an addict. I need help.” Such candor and contrition are truer to the nature of Christianity than anything wrapped in an American flag, celebrating supposed strongmen, and condemning as murderers women who have made the tragic choice of an abortion.

Anthony B. Robinsonhttps://www.anthonybrobinson.com/
Tony is a writer, teacher, speaker and ordained minister (United Church of Christ). He served as Senior Minister of Seattle’s Plymouth Congregational Church for fourteen years. His newest book is Useful Wisdom: Letters to Young (and not so young) Ministers. He divides his time between Seattle and a cabin in Wallowa County of northeastern Oregon. If you’d like to know more or receive his regular blogs in your email, go to his site listed above to sign-up.
Previous article
Montana and the Fine Art of Suppressing Hostile Voters
Next article
Through a Glass Darkly: Who’s Really in Charge in China?