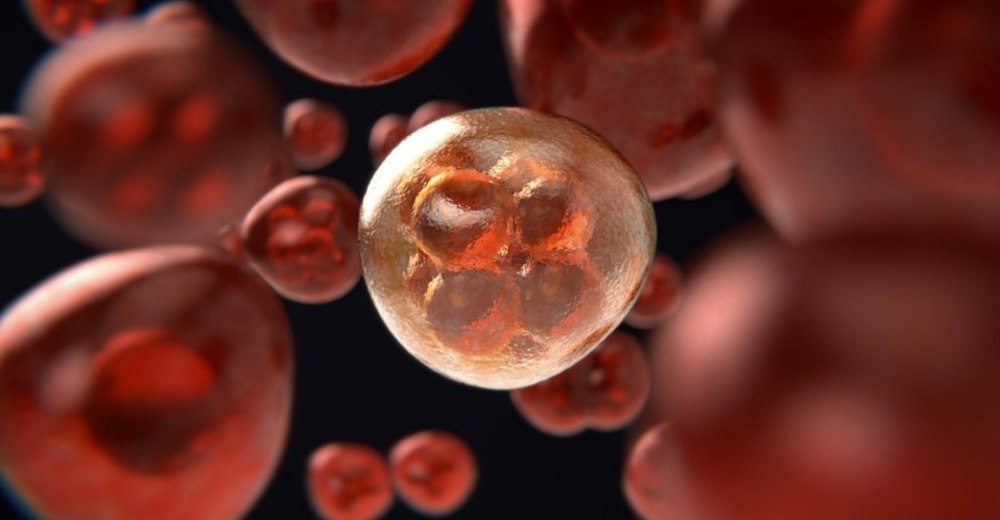 How Much a Threat to the Republic are Christian Nationalists?

If cancer cells grow unchecked, they take over the vital organs of a body, and the host dies. Some people can live with cancers that may never kill them, like slow-growing prostate cancer. However, other types of cancer can explode and kill someone within months. Christian Nationalism is a cancer that can attack our republic’s body of democratic institutions. Unfortunately, it has been part of our American culture for hundreds of years. However, America’s democracy has not died.

Republican Congresswoman Marjorie Taylor Greene told the CPAC in August 2022, “I’m a Christian nationalist, I have nothing to be ashamed of. Because that’s what most Americans are.” Republican Congresswoman Lauren Boebert, in June 2022, said “the church is supposed to direct the government” and that she’s “tired of this separation of church and state junk.”

As would be expected, the majority of Evangelical Protestants voted for Donald Trump in 2020. A survey conducted by the conservative American Enterprise Institute (AEI) in January 2021 found that 81 percent say some or a lot of their family members voted for Trump. By now, Evangelical Christians are the largest religious group in America, and a 2016 National Election Pool exit poll found that 26 percent of voters self-identified as white Evangelical Christians.

Although there have been no widely published polls showing what percent of white Evangelical Christians support Christian Nationalism, there is strong evidence that it is significant. The author of Taking America Back for God, Andrew Whitehead, notes that national surveys of Americans collected over the last decade show that about 20 percent strongly embrace Christian nationalism. There is a strong relationship between the overlap of Christian nationalist views and white Evangelical Christians’ beliefs.

Their shared conservative beliefs in the supremacy of church, family, and authority also extend to accepting more radical and unsubstantiated conspiracies which can physically enforce those beliefs. The AEI survey found that most Republicans agreed with the statement, “The traditional American way of life is disappearing so fast that we may have to use force to save it.” Daniel Cox, director of the AEI Survey Center on American Life, summarized their findings: “As with a lot of questions in the survey, white evangelicals stand out in terms of their belief in conspiracy theories and the idea that violence can be necessary.”

The popularity of the QAnon movement’s conspiracy theories among white Evangelical Christians is the outstanding example. According to the AEI survey, 27 percent subscribe to the QAnon theory that it was “mostly” or “completely” accurate to say Trump is trying to save America from a cabal of satanic pedophiles. Photos of Christian flags, crosses on t-shirts, and “Jesus Saves” signs were conspicuous among those trying to stop Congress from confirming that Joe Biden won the election.

The FBI identified QAnon in 2019 as a potential domestic terror threat. Three years later, 34 QAnon followers who took part in the January 6 Capitol insurrection represented more than 8 percent of the roughly 400 rioters arrested as of March 2022.

“Christian nationalism doesn’t exist,” Franklin Graham, president of the Billy Graham Evangelistic Association, told Eliza Griswold of the New Yorker. He added that the term was “just another name to throw at Christians. The left is very good at calling people names.”

Doug Mastriano, a former Pennsylvania state legislator and now Trump-backed Republican candidate for governor, also rejected the phrase, asking Griswold, “Is this a term you fabricated?” He indicated he didn’t know the term and hadn’t said he was a Christian Nationalist. Nevertheless, he did suggest that the Bible be distributed in public schools without offering the Torah, Bhagavad Gita, or the Quran.

As Griswold noted, historians and sociologists have found the term useful to describe an undercurrent of nativist religion that runs through American history.  The author Whitehead makes the case that “Christian nationalism was part of our cultural framework since the arrival of the colonists, who located what they were doing in the sacred, as part of God’s plan.” Indeed, Christianity and Nationalism fueled America’s creation.

According to Amanda Tyler, the executive director of BJC (Baptist Joint Committee for Religious Liberty), Christian Nationalists believe the United States was founded as a “Christian nation.” To an extent, it was, since North America’s 13 colonies were founded by Christian settlers seeking a place to practice their brand of Christianity, with no less than 12 distinct ones. After 1654, Judaism was practiced in small communities.

Tyler points out that Christian Nationalism takes that nugget of reality and converts it into an ideological belief that America was singled out “for God’s providence in order to fulfill God’s purposes on earth.” The result is that “Christian nationalism demands a privileged place for Christianity in public life, buttressed by the active support of government at all levels.” That underlies Congresswoman Boebert’s belief that “the church is supposed to direct the government.”

That happened in eight of the thirteen colonies, with only one official church. While each of those colony’s churches promoted a sense of community, the settlers who worshiped outside of its established church, or didn’t worship any, were discriminated against and sometimes persecuted. This is where Christian Nationalism could lead if it didn’t tolerate more than one interpretation of Christianity or the practice of other religions, like Islam.

Historians argue that Rhode Island, being the first colony to admit all to practice a religion of their choice, was the first place in modern history where citizenship and religion were separated. This was the liberal attitude of the founders of the United States when they adopted the First Amendment saying Congress can neither establish nor prohibit the practice of a religion. By 1833, all states had disestablished religion from government, providing protections for religious liberty in state constitutions.

Nevertheless, a national poll found that 78 percent of Republicans who identify themselves as Evangelical or born-again Christians favored officially declaring the United States be a Christian Nation. The level favoring this declaration among other Republicans was only 48 percent. The statistics among Democrats showed that 52 percent of Evangelical Christians and only 8 percent overall supported this move.  The pull of religion is strong on many voters wanting a confluence of Christianity and government in America. That same dynamic is underway in European countries with the rise of right-wing parties in recent years.

The republic’s founders converted the 13 North American colonies into a nation, using a liberal definition of nationalism that was not limited to any ethnic group, unlike the European nationalist revolutions that erupted in the nineteenth century. America didn’t define itself as an ethnic group since the non-slave population was homogeneous, mostly northern Europeans.

Since the 1800s, nationalism has been broadly interpreted in Europe as a group of people sharing common ancestors with similar language and physical traits. For instance, Italy was for Italians, Prussians became Germans founding Germany, and Greeks created a new nation, Greece.

America was exceptional. Because of the vast land available, once the native population was either pushed out or eliminated, all Europeans were welcomed to farm the newly acquired land. Allowing America to tolerate a multi-ethnic nation provided an affordable labor force to grow. There was no need to emphasize nationality, although a pecking order among the nationalities did emerge, with the English on top. But unlike in most European countries, there was no king to anoint one ethnic group above the others.

Of course, black Africans forcibly shipped to the North and South American Continents were not seen as just another ethnic group. Instead, they were determined to be a “race” apart from all others. They were not only different but seen as less human than the “white” race; they were not even eligible to become an American. As enslaved servants, Blacks were the property of white American citizens. The context for a national identity grew out of this bifurcation along racial lines. American nationalism easily aligned with white racial dominance. And today, we see the majority of white Evangelical Christians tolerating or feeling comfortable with white Christian Nationalism.

One antidote to nationalism was thought to be civic education. Also, religion and nationalism are constrained by government regulations that give rights to individuals who are not members of a nation’s dominant religion or ethnic group. For example, the United States of America was founded as a democratic republic by Christians who adopted secular humanitarian principles to avoid religious wars among themselves.  Nevertheless, most citizens have remained deeply steeped in Christian beliefs which promote love and community, but often with limits on who is included in that community.

The purpose of civic education is to educate students and future citizens as to how government can adhere to the principles espoused by our constitution so that we remain a democratic republic. Charles Quigley, the Executive Director of the Center for Civic Education, summarized that need: “Democracy requires more than the writing of constitutions and the establishment of democratic institutions. Ultimately, for a democracy to work, it must lie in the hearts and minds of its citizens. Democracy needs a political culture that supports it.”

Damian Ruck’s December 2019 Nature research article, “The Cultural Foundations of Modern Democracies,” revealed that stable democracies tend to rest upon two cultural foundations: openness to diversity and civic confidence.” In other words, to survive, democracies must be “tolerant towards minority groups” and “civic institutions, including government and the media, [must] command the confidence of the people.”

The word “education” appears nowhere in our constitution. Meanwhile, Congress has determined that only states can mandate a civics curriculum. Teaching civics that promote democratic cultural values in public schools, such as tolerance and inclusivity, would have to be approved by state legislatures.

Stopping Christian Nationalism growing from a tolerated belief to one that becomes malignant by attacking America’s democratic culture and institutions must begin at the local and state levels. If our major political parties cannot agree on how to proceed cooperatively and thoughtfully, then citizens within each state must provide that leadership, and many non-profit, non-partisan organizations have begun that effort.

The most ambitious effort to bring a reasoned approach to teaching civics is the Educating for American Democracy Roadmap, sponsored by the National Endowment for the Humanities and the U.S. Department of Education. The roadmap is not a national curriculum nor a set of instructional standards. Instead, it is a plan that recommends approaches to learning civics. It’s at least a place to begin and build upon.

Nick Licata
Nick Licata, was a 5 term Seattle City Councilmember, named progressive municipal official of the year by The Nation, and is founding board chair of Local Progress, a national network of 1,000 progressive municipal officials. Author of Becoming a Citizen Activist. http://www.becomingacitizenactivist.org/changemakers/ Subscribe to Licata’s newsletter Urban Politics http://www.becomingacitizenactivist.org/
Previous article
Research: Secondhand Smoke from a Bong is Dangerous to Your Health
Next article
Montana and the Fine Art of Suppressing Hostile Voters