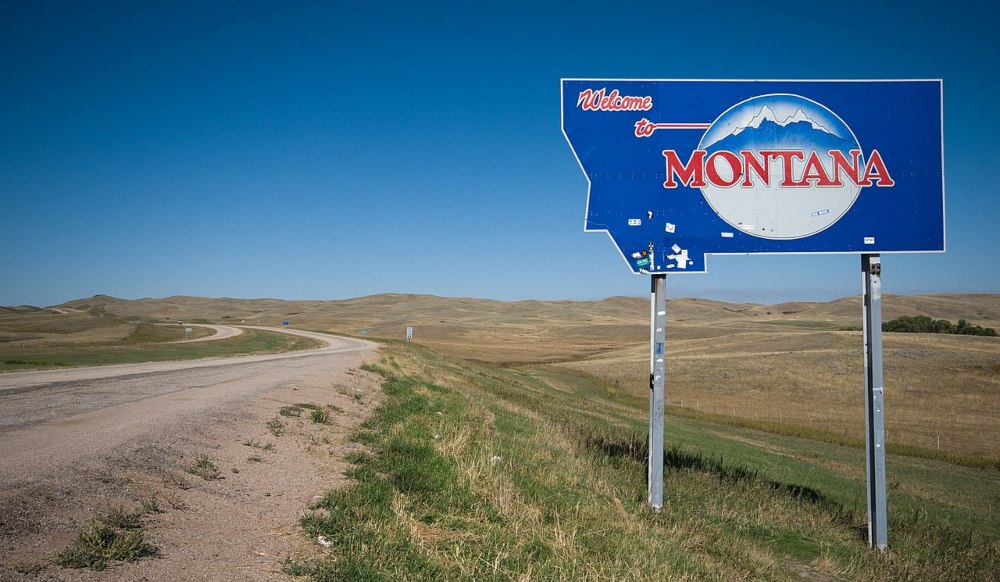 Montana and the Fine Art of Suppressing Hostile Voters

Two top learning days of my life came on the Blackfeet and Fort Peck Indian Reservations in Montana, where I was a visitor happening upon Native celebrations. We enjoyed music and dance, learned of culture, were fed well, and kept company with folks who had driven 30-40 miles from remote ranches where the Great Plains run into the front range of the Rockies.

The Republican-run Montana Legislature, seeking to make it difficult for people we met to vote, has deployed distances in the Big Sky State as a political weapon.  Its attempt to do so – thwarted for the time being – shines light from the Plains on how you hold down turnout of supposedly hostile constituencies.

The lawmakers passed a trio of bills, two aimed at Native Americans.  They eliminated same-day voter registration.  They outlawed paid third-party ballot collection.  And they said student ID is not enough to register but must be accompanied by additional identification. The Republicans’ targeting was spot-on.  Election day registration had made it possible for Native American voters to arrange one long-distance trip to the polls. Organizations such as Western Native Voice (which is nonpartisan) and Montana Native Voice provide a ride from tribal communities to election offices.

Ballot collection services provide Native voters with a reliable way to vote from out in the middle of nowhere.  The legislature adopted a ban in language almost identical to that emailed by the Montana Republican Party to a state senator writing the bill.

The student ID gambit is copied from actions by other states where Republicans have set about to rewrite election rules.  Seven states do not accept student ID cards: Arizona, Iowa, North Dakota, Ohio, South Carolina, Tennessee, and Texas.  A license to carry a handgun is acceptable photo ID in Texas, but student photo identification is not.

A judge in Yellowstone County, Michael Moses, heard from some 60 witnesses in the trial.  Legislators claimed the legislation was designed to maintain election security.  On cross-examination, however, they could cite no instances of same.  In fact, after examining 2020 election results, the Missoula County Republican Central Committee found “no voter fraud.”

Judge Moses wrote an opinion of nearly 200 pages and minced no words. He wrote that the case had not “provided any evidence of voter fraud in Montana,” and that Republican legislators acted with a political motive. “The evidence indicated that the legislature enacted H.B. 176 to reduce voting by young people for perceived political benefit and that the legislature was well aware that H.B. 176 would have a disproportionate native impact on Native American voters and young voters,” wrote the judge.

Samantha Kelty, an attorney with the Native American Rights Fund, reacted by saying: “Hopefully, this decision will inspire elected officials to stop designing legislation that cripples the ability of specific groups of people to vote, and instead apply their time in office toward addressing the systemic inequities that ballot collection and Election Day registration allow Native and rural voters to overcome.”

Don’t count on it.  Secretary of State Christi Jacobsen indicated to the New York Times that she intends to appeal Judges Moses’ ruling.  But the high court has once before granted a preliminary injunction against the three discriminatory laws.

“At this point it seems very unlikely that the order will be stayed before the (2022) election, given that the Montana Supreme Court earlier upheld the preliminary injunction blocking these laws and the Secretary of State hasn’t moved for a stay,” said Kevin Hamilton of Perkins Coie, who has argued election cases across the country. (Once known for its blue chip clients Boeing and Puget Power,  P-C has become a crack election law firm, a legacy of this state’s tightly fought and litigated 2000 U.S. Senate and 2004 Governor’s races.)

Montana is considered “fly over” country in national politics, except for 2018 when President Trump flew in for rallies seeking to defeat Democratic Sen. Jon Tester. Tester was reelected.  A Billings teenager, Tyler Linfesty, gained 15 minutes of fame as “the plaid shirt guy” visible behind Trump rolling his eyes at the president’s fabrications. He was booted out of camera view.

Still, as legal counsel for Democrats and allied groups, Perkins Coie has been repeatedly called to the Big Sky State, notably when Republican operatives were using ringers and masterminding efforts to put a nonexistent Green Party on the state ballot – as a bid to drain votes from the D’s.

Voting rules are part of the high stakes in our 2022 midterm elections.  One example:  In Washington, I can pick up my ballot at my Langley post office box, fill it out, and deposit it in a drop box just outside the post office.  Or drop it at the box in front of the Red Apple.

In Georgia, by contrast, a GOP legislature cut back drop boxes after 525,000 voters in four Atlanta-area counties used them in 2020.  The number of drop boxes in Fulton, Cobb, DeKalb, and Gwinnett Counties has been reduced from 107 to 25.  Voters can drop off ballots only from 9 a.m. to 5 p.m., instead of around the clock.

Texas Gov. Greg Abbott has decreed there can only be one drop box per county in the Lone Star State.  Loving County (pop. 64, the least populous county in America) has one drop box, as does Harris County (Houston) with a population of 4.7 million.

A bevvy of Western states with mail-in and drop box voting – Colorado, Hawaii, Oregon, Washington, and Utah – have experienced no voter fraud, and much higher turnouts.  Republicans manage to dominate elections in Utah and may elect a governor in Oregon next month.

We in the Evergreen State are fortunate in an era when requirements to register and restrictive election rules are being used to keep constituencies from voting, even as gerrymandered district boundaries protect incumbent legislators and members of Congress.

Joel Connelly
I worked for Seattle Post-Intelligencer from 1973 until it ceased print publication in 2009, and SeattlePI.com from 2009 to 6/30/2020. During that time, I wrote about 9 presidential races, 11 Canadian and British Columbia elections‎, four doomed WPPSS nuclear plants, six Washington wilderness battles, creation of two national Monuments (Hanford Reach and San Juan Islands), a 104 million acre Alaska Lands Act, plus the Columbia Gorge National Scenic Area.
Previous article
How Much a Threat to the Republic are Christian Nationalists?
Next article
What’s Behind Those TV Ads Proclaiming of Jesus, ‘He Gets Us’?