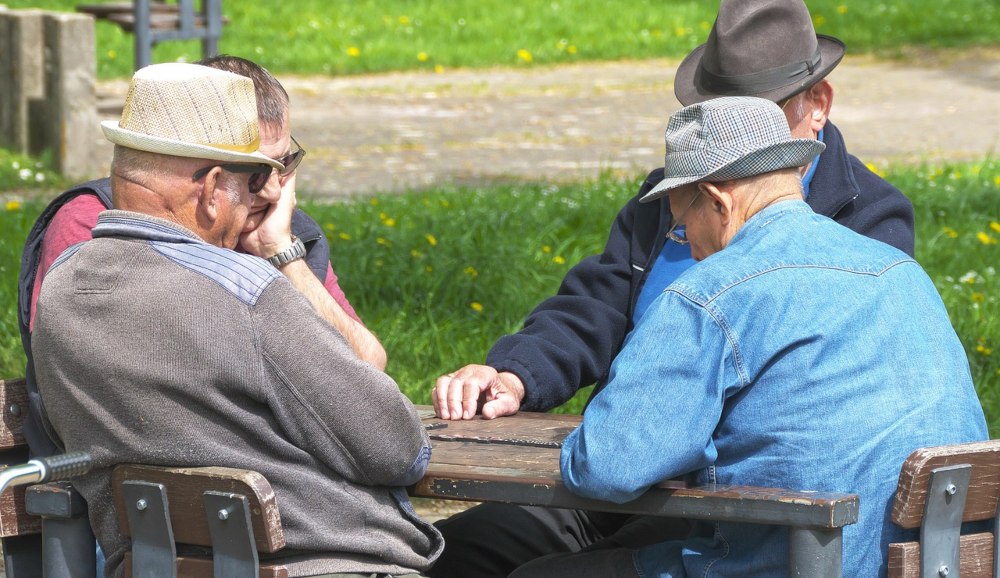 How Small Town Life Breaks Down the Fear of “Others”

Yesterday morning I took a load of stuff to the Soroptimist Thrift Shop in Enterprise, the nearby town that is the County Seat of Wallowa County in Northeastern Oregon. The volunteer who greeted me said, “I hear you jumped in to help out at the Methodist Church yesterday.” She’s part of the Enterprise Congregational Church. “Lisa was in earlier and said how much they appreciated that.”

So it goes in a small town. On Friday evening I volunteered to pour wine at the opening night reception for the Wallowa County Arts Festival. A member of the Methodist Church came through the line. After selecting among the Syrah, Merlot, Cab, or Red Blend, she said, “I’ll see you Sunday.” The grapevine (not social media) had spread the word that I was pinch-hitting for their pastor who had a family medical emergency.

At the potluck after church, Bill mentioned the Red Rooster restaurant in Enterprise. I said I hadn’t been there but I heard it was good. “Yes,” said Bill, “it’s a family-run place, nice folks.” Then he added, “They lost their grandfather last week.”

Later at the potluck I asked an old-timer if she knew who I might ask for information about the Prairie Creek Cemetery. “Yes, Charlie Phillips, he’s my son-in-law.” She went on to tell me that she, however, was going to be buried at the Alder Slope Cemetery, “which is really, really nice. Have you been there? Take a look at it.” Then, “I’m going to be buried next to ____________,” and mentioned a couple I didn’t know, though she assumed I did. “They were just wonderful people, weren’t they?” Competing cemeteries, who knew? Kind of like applying to college, only not quite as expensive even though it’s a considerably longer stay.

We will close up our cabin later this week. The cabin isn’t winterized. I let Lance, our plumber, know we were heading out, and said I hoped he could work in draining our pipes before elk season, when I know he takes off.

Such in a life in a small town. I don’t want to romanticize it. There are two (or more) sides to it. Some other friends of ours who enjoy cannabis for occasional recreational use (it is legal in Oregon) told me they hesitate to buy it locally because they didn’t want to be seen going into the place that sells it. Probably not an issue in Seattle or Portland.

But life in a smaller community does tend to operate on a thousand little interactions, brief exchanges, and passings on of the news while checking out at the grocery store. Knowing and being known. Many who grew up in such places have been eager to escape. I suspect my parents were. But it all does give people a sense of belonging and identity. Which is something most of us, maybe all of us, need, even crave. Not so much of that in a big city, like Seattle, where we return for the winter. I guess in big places we find our identity and belonging in smaller sub-communities.

There are sub-communities here too, but there’s also more interconnections and overlaps between them. The last couple weeks I have dipped in to a different sub-community, a tavern in Joseph, the “Rusty Spur,” formerly “The Hydrant.” It’s a good place to watch football. I was surprised that one of the bartenders was a black man, and that the place had a rainbow sign that says, “Love is love.” Cracked my stereotypes. Karaoke every night at 9:00.

Some of the cross-fertilization here is a matter of necessity. In smaller communities you can’t help needing people that may not be your first choice for “beers with” or talking politics.

As compared with times past in Wallowa County, the current political and social divides of America are felt and sometimes visible. But some of that is that the world has gotten smaller. Distant places aren’t as distant these days. Plus the State of Oregon’s efforts to market this corner of the State with its “Seven Wonders of Oregon” campaign have been successful. There’s more of a local/outsider awareness and divide these days. That divide tends to overlap with our political/social divides.

It has been well-documented how important politics has become to most Americans sense of identity. Race and religion have both paled in importance, for example, in marriage. Marrying outside your political camp or tribe has become rare, and when it happens, it’s a matter for raising eyebrows. We’re now good on the race/religion front. Not so good on the political one.

Still, that tendency to separate along political lines is eroded here by all the other ways that people are connected — by work, church, school, family, and extended family. By the way, the Joseph, Oregon football team is ranked #1 in state — that’s seven-person football. I learned that when I introduced myself to the new football coach at the Arts Festival. I hope to make their next game on Friday night. Friday night lights, live, and in real time.

We’re fortunate to get to enjoy the ambiance and blessings of both settings, small town and big city. But there is something to be said for the way a smaller community helps people to engage those who are the “other” guys, the other side, or what-have-you. And maybe you don’t even know they are.

Anthony B. Robinsonhttps://www.anthonybrobinson.com/
Tony is a writer, teacher, speaker and ordained minister (United Church of Christ). He served as Senior Minister of Seattle’s Plymouth Congregational Church for fourteen years. His newest book is Useful Wisdom: Letters to Young (and not so young) Ministers. He divides his time between Seattle and a cabin in Wallowa County of northeastern Oregon. If you’d like to know more or receive his regular blogs in your email, go to his site listed above to sign-up.
Previous article
Animal Rescuer: Home from the Ukraine War
Next article
Culture Clash: Bainbridge Pickleballers and Tennis Players go to Court