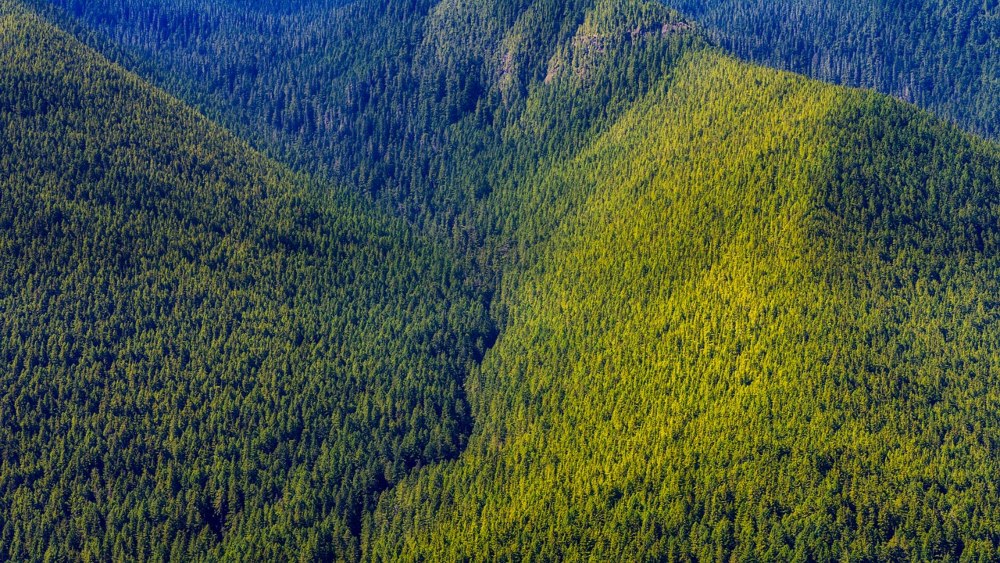 Washington state owns a lot of trees: roughly 2 million acres of state forests.  It has used these forests largely as ATMs for K-12 schools and other public institutions.  But it can manage them in a range of ways, without a single-minded focus on selling timber to raise cash. As the effects of climate change accelerate, the idea that public forests can have value beyond immediate cash returns may sound like a no-brainer, but it wasn’t.

Nearly 40 years ago, in the 1984 Skamania decision, a unanimous state supreme court ruled that the state lands were held in trust for the public schools and other public beneficiaries named in the state’s 1889 constitution, and that the state owed these beneficiaries a duty of undivided loyalty “to the exclusion of all other interests. . . . [The state] may not sacrifice this goal to pursue other objectives, no matter how laudable those objectives may be.”

State agencies took that ruling as a strict commandment.  Except when a “law of general application” – such as the Endangered Species Act – said otherwise, thou shalt only make money for the trust beneficiaries.

Times have now changed.  On July 21, the current state supreme court said unanimously that the state does indeed have a duty to the schools and other beneficiaries, BUT it also, as the constitution says, has a duty to “all the people.”  And the state doesn’t have to cut trees or maximize revenue from state lands.

The court made this broader mandate crystal-clear. The state Department of Natural Resources (DNR), which manages the forests, “is not required to harvest timber from state lands,” the court said.  And although the lead plaintiff, Conservation NW (CNW) “presents DNR’s position to be that, under Skamania, DNR is required to prioritize revenue maximization . . . regardless of the environmental toll,” the court said, “DNR does not advance such an argument, nor would Skamania support it.”  (The framers of the state constitution were asked at least twice to require maximum revenue. They didn’t do it. This can’t have been an accident.)

Environmental groups celebrated this decision as an historic victory.  The American Forest Resource Council, a Portland-based trade group, claimed nothing had changed.  This was political gaslighting, since a lot had changed.

True, the court didn’t scrap Skamania. It didn’t thumb its nose at precedent, as SCOTUS did in the Dobbs abortion ruling. In fact, the court ruled against the environmental groups on the underlying case, in which they challenged 2019 resolutions to establish a sustainable harvest rate and to modify a habitat conservation plan for the endangered marbled murrelet.

But that underlying case wasn’t really the point. Skamania had hung heavily over decisions about managing state forests.  And now the court has said that those forests can be used in a variety of ways.

CNW says on its website that “the Washington State Supreme Court conﬁrms that the state has a constitutional mandate and broad authority to serve ‘all the people’ of Washington and the public interest when managing state lands. . . . DNR has historically managed forestlands in ways that maximize revenue from logging, even at the expense of other public interests and beneﬁts. This decision recognizes that the agency, Commissioner of Public Lands, Board of Natural Resources, and State of Washington have the power to manage public lands in ways that truly reﬂect and support our state’s evolving environmental, economic, and social needs. . . .

“As the Court explained, ‘[t]here appear to be myriad ways DNR could choose to generate revenue from the state and forest board lands or otherwise put them to use for the beneﬁt of the enumerated beneﬁciaries.’”

WFLC director Peter Goldman said: “This decision conﬁrms . . .  that the [DNR], Commissioner of Public Lands, Board of Natural Resources, and State of Washington . . .  have broad discretion to balance revenue generation for identiﬁed beneﬁciaries with management for the broader public interest. DNR and the Legislature now can design 21st Century forest management that meets the challenges we face today.”

That wasn’t how things looked when Conservation Northwest (originally known as the Greater Ecosystem Alliance, then as the Northwest Ecosystem Alliance), set out in the 1990s to save the Loomis State Forest of north-central Washington.  It all started with the Canada lynx. By 1990, the lynx, which needs forest cover and deep winter snow, had gotten scarce in the Lower 48 states. One of the few sizable populations lived in Washington’s North Cascades.

CNW first petitioned the federal government for a listing in 1991. The feds didn’t want to list lynx, but lawsuits by Conservation Northwest and other environmental groups finally forced a listing, which didn’t become final until 2000. Listed or not, lynx needed habitat, but that wasn’t guaranteed. A lot of key lynx habitat lay in the Loomis. CNW couldn’t persuade or force the state not to log the Loomis, but it and a coalition of allies could basically buy the forest, so that the state could put it into a natural resources conservation area.

Starting in 1998, the Loomis Forest Fund had one year to come up with the money.  The campaign got many small donations from ordinary citizens and some big grants. It raised the original purchase price before the year ran out, but at the last minute, the state got a new appraisal and jacked the price by several million dollars.  A donation from Paul Allen got CNW across the finish line. In 2000, the Loomis became a natural resources conservation area.

Despite its happy ending, the Loomis saga left CNW founder and executive director Mitch Friedman wondering why, as he has put it, the people should have to buy their own forest in order to save it. He asked if there was any way around Skamania. The answer was yes, there just might be. [Disclosure moment: I was one of the lawyers he asked.]

For more than 20 years, CNW and allies, including the WFLC, looked for a case that could establish that indeed state forests could be managed for goals beyond raising cash. The process took longer than they had hoped, but now they’ve done it, and Friedman says “we only had one shot” and if this case had come up any sooner, a different court might have been less receptive.

This Court has given the DNR the legislative discretion to act.  It has made clear that they’re no longer straitjacketed by the state’s formerly rigid interpretation of Skamania.

Maybe they never should have been so rigid. Skamania was arguably a simple case that the court made a whole lot bigger than it had to be.  In the housing boom of the late 1970s, timber prices went up and up.  Some smaller forest-products companies bid on harvests of state timber.  They had several years in which to actually cut the trees.  By the time they had to cut or forfeit what they’d paid, the economy had tanked — this was the recession of the early 1980s — the housing market had tanked with it, timber prices had plummeted, and there was no way the successful bidders could actually cut and sell that timber without losing money.

The legislature passed a law that would have let them get out of their contracts at minimal cost.  Beneficiaries of state timber-sale revenue sued.  The court ruled that the state had a trust duty to the schools and other beneficiaries and that the legislature had basically enriched the timber companies at the expense of the schools.  The court could have stopped there.  But it didn’t.

By the time Skamania was decided, it had long been clear that the forests weren’t quite the cash cows that the framers of the state constitution had envisioned. Every new state created west of the original colonies from Ohio to Oklahoma received specific sections of federal land to be used for the benefit of schools and other public institutions. This land could be used as a perpetual source of revenue or merely sold off. Either way, the money never fully supported public schools.

The same was true in Washington. All that land. All that wonderful timber. The new state would be rich. Well, in real life, some people did get rich or richer. The schools did not.

Washington’s timber-sale money never paid all the operating expenses for what even in the late 19th century was considered an adequate education.  But it did pay something.  That ended in 1966. The post-World-War-II population boom created a need for many more schools, and local taxpayers were increasingly unwilling to pay for them. To address that problem, voters passed a state constitutional amendment that re-directed income from state forests to capital construction. Any funds the state generated went to reimburse districts for construction costs. And they don’t reimburse much.

More recently,  Reykdal  said that the state should stop giving the money to urban public schools and use it instead to support rural school construction and create healthy forests.

While the court has given the DNR and the legislature a lot of discretion to do things other than raise money for school construction, it hasn’t given them a road map.  There’s plenty for the legislature to flesh out. The justices have basically invited lawmakers to start fleshing out guidelines. “We recognize the important compelling interests in conservation and environmental health raised by Conservation NW and various amici,” the court has said, “but these policy issues must be left to the legislature.”

A bill or bills that take the court up on its invitation will certainly be introduced in the next legislative session.  If the legislature doesn’t act, the next step could be an initiative. The court has created an opening.  We’ll see how long the state takes to pass through it.

Dan Chasan
Previous article
Thanks to Queen Elizabeth, I Became a Teenage Royalist
Next article
Geno Versus Russ… and the Seahawks Upset Denver