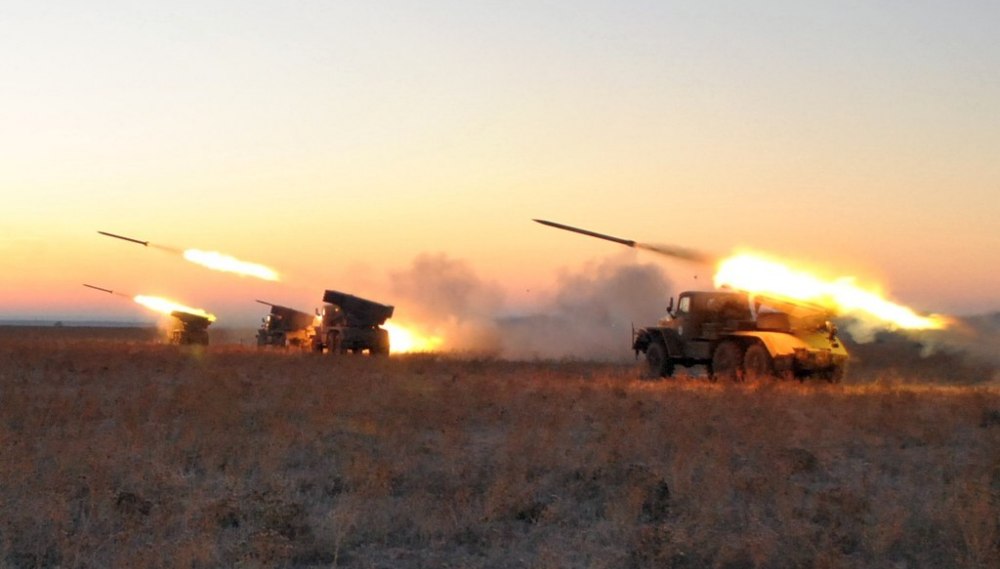 Six Months In: Where the War in Ukraine Stands

Russian President Vladimir Putin shocked the world when he sent the largest invasion force since World War II into Ukraine on Feb. 24 to depose, he claimed, Kyiv’s alleged “neo-Nazi” leaders, protect Russia from imagined NATO threats, and to restore Kremlin rule over its lost Eurasian empire.

Six months into the invasion, it is Putin condemned as a fascist for suspected war crimes and violating international laws that kept the peace in Europe for 77 years. Ukrainian President Volodymyr Zelensky, who is Jewish and lost relatives in the Holocaust, has emerged as a hero for inspiring his outgunned citizens to fiercely defend their independence.

Russia is isolated and shunned as a pariah state, hit with withering sanctions and censures that have yet to stir an anti-war movement among Russians brainwashed by propaganda and muzzled by laws forbidding protest or even uttering the word “war.” But the façade of Putin’s “special military operation” proceeding as planned is cracking. Putin expected the leadership in Kyiv to capitulate to the Kremlin’s awesome power in a matter of hours so his forces could move on to seize other wayward territories of the former Soviet bloc.

A damning diary by a wounded Russian soldier on the atrocious failures of the early effort to conquer Kyiv casts the Kremlin armed forces as ineptly led, poorly supplied, and forced to abandon malfunctioning vehicles and weaponry that broke down in the first hours of the assault.

Kremlin censors are slowly losing control of information penetrating through social media. A growing network of bereaved parents of the tens of thousands of Russian soldiers killed in battle are learning the reality of their losses when remains of the dead are repatriated in refrigerated body bags or reported as missing in action.

On the security front, the Kremlin’s unprovoked aggression against a sovereign neighbor has had the unintended consequence of strengthening NATO. The 30-nation defense alliance is united against the Russian threat as never before, pouring weapons into Ukraine to enable defenders to return fire with longer-range missiles capable of reaching Russian bases and destroying parked aircraft and vessels of the Black Sea Fleet.

The biggest backfire, from the Kremlin’s point of view, must be the sea change in defense posture of Sweden and Finland, countries that embraced neutrality throughout the Cold War and the three decades since collapse of the Soviet Union. The Nordic states applied to join NATO shortly after the Ukraine invasion, adding to the dozens of neighboring states coming under the sway of Western alliances. Putin has vowed “serious consequences” – a toothless threat — if the two liberal democracies expand NATO borders to encircle the Baltic Sea and Russia’s strategic bases in the exclave of Kaliningrad.

On Wednesday, the 31st anniversary of Ukraine’s 1991 declaration of independence from the Soviet Union, a Russian missile killed 22 people when it hit a passenger train at the station in the central Ukraine town of Chaplyne. It was the deadliest bombing since Russians rocketed a train station in Kramatorsk in April when 52 were killed as they lined up among 4,000 others for evacuation to safer territory.

Zelensky, in a video linkup with the U.N. Security Council, said he would submit to the world body’s General Assembly next month a proposed resolution to hold Russia “accountable for the crime of aggression.”

“There is no war crime that the Russian occupiers have not yet committed on the territory of Ukraine,” he said, reminding the world’s top diplomats of Russia’s monthslong blockade of grain shipments that threatened a global food crisis and the ongoing risk of a radiation disaster at Europe’s largest nuclear facility where Russian troops have been shelling from inside the reactor field. Zelensky also urged a U.N. fact-finding mission to Olenivka, the POW detention facility where scores of detained Ukrainian fighters died in a fire last month.

The social, economic and emotional costs of Putin’s Ukraine war appear to be fomenting fresh domestic dissent and anti-regime sabotage. Daria Dugina, a 29-year-old pro-Putin activist and daughter of ultranationalist Alexander Dugin, was killed by a car bomb on Sunday in an upscale neighborhood on the fringes of Moscow. The FSB, the internal security agency that is the successor of the notorious Soviet-era KGB, blamed the hit on a Ukrainian intelligence operative who allegedly escaped with her young daughter across the heavily secured border with Estonia. Ukraine and Estonia have categorically denied involvement in the assassination.

Dugina and her father had swapped cars before both headed to a festival outside Moscow on Sunday, prompting speculation that theologian Dugan was the intended target for his promotion of the “Russian world” view that Ukraine is neither a separate nation nor a distinct ethnicity from Russian.

Whoever the targeted victim, the killing signaled that Moscow’s elite may not be safe in their own city, said Marlene Laruelle, director of the Institute for European, Russian, and Eurasian Studies at George Washington University.

“The war is progressively coming to them in the Russian territory,” Laruelle told NPR in an interview on All Things Considered.

Putin’s FSB has been accused of staging “false flag” operations in Ukraine and rebel regions of Russia and other former Soviet republics to generate popular outrage against enemies afar and within. A spate of deadly apartment bombings blamed on Chechen rebels in 1999 killed more than 300 people, enflaming ethnic hostilities and security fears that led to the rise of authoritarianism and elevation of Putin to succeed Boris Yeltsin as Russian leader.

Since taking office in the Kremlin 22 years ago, Putin has chafed at what he sees as defection of 14 Soviet republics no longer tethered to Kremlin rule. In Eastern Europe, all Warsaw Pact allies joined NATO in a scramble to be protected from Russian domination. All but Serbia from the former Communist-ruled allies of the Warsaw Pact and Eastern Europe now align more with Western states in NATO and the European Union. The Baltic states of Estonia, Latvia and Lithuania and tiny Moldova, trapped between Russian-occupied territory in Ukraine and the “frozen war” in Transdniestria, are particularly alarmed by Putin’s turn to armed force in a deluded attempt to restore his influence over formerly hostage elements of his envisioned Russian empire.

Half a year after Russia’s invasion, the devastating attacks on Ukrainian fighters have ground down into a deadly war of attrition. Contrary to Putin’s anticipation of a swift victory, his army has shown itself to be ill-equipped, poorly commanded and its rank and file in the grips of plummeting morale amid heavy casualties, inadequate food and aging weaponry and armor.

The war has driven more than 6 million Ukrainians into foreign refuge and forced 11 million others to seek shelter in safer western areas of the country. While Kremlin troops have seized territory in the evacuated areas of the east and south, they achieved those “victories” only after bombing the towns and cities into smoldering ruins.

With the help of sophisticated U.S. and other Western armaments, Ukraine has lately pushed back Russian invaders from strategic territory bordering occupied and illegally annexed Crimea. A Ukrainian counteroffensive is moving toward recapture of the Kherson region, where control of the narrow gateway to Crimea could sever Russian resupply lines to the peninsula.

Failure of the vastly better-armed Russian army to advance and secure more territory is a product of the superior will of Ukrainians fighting for their homes and way of life. It is also indicative of insubordination in the Russian ranks fueled by the Moscow government failure to provide adequate food, ammunition, gas and a clear or achievable objective of the war.

The diary of a wounded Russian soldier whose Crimean unit was positioned to attack Kherson at the Feb. 24 start of the invasion reveals the disaster of soldiers misled by their commanders, who were themselves mislead by the ill-conceived mission from Moscow.

Pavel Filatyev, a 34-year-old paratrooper, was told he was deploying on “routine maneuvers” when his unit left its Crimean base with minimal supplies and no winter equipment. He describes soldiers being killed by friendly fire, troops pillaging homes for food and shelter, soldiers shooting themselves in the leg to get evacuated and paid the promised $50,000 for injuries suffered in the line of duty. He concludes that Russia had “no moral right” to wage the war.

Filatyev escaped to a safe refuge after treatment of his eye injury, the Post reports. The writer details the steps taken to verify his service and the sourcing of his 141-page diary posted on VKontakte, a Russian social media site similar to Facebook.

“They simply decided to shower Ukraine with our corpses in this war,” Filatyev wrote, defiantly proclaiming “I will not participate in this madness.”

Carol J Williams
Carol J. Williams is a retired foreign correspondent with 30 years' reporting abroad for the Los Angeles Times and Associated Press. She has reported from more than 80 countries, with a focus on USSR/Russia and Eastern Europe.
Previous article
Denali: On the Frontlines of Climate Change
Next article
Stirewalt’s Warning: How Media Outrage Divides Us