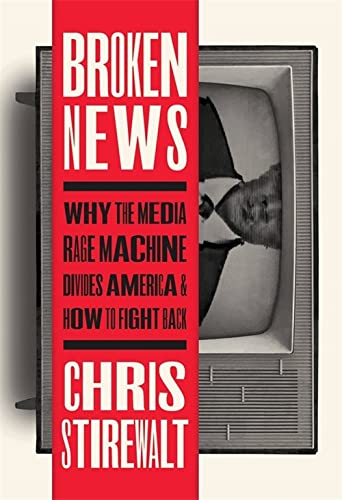 You may remember the name “Chris Stierwalt?” Stierwalt was the head of the vote projection operation at Fox News in 2020 when he made the mistake of doing his job. He (accurately and first) projected Biden’s win and Trump’s loss in the crucial state of Arizona, thus incurring the wrath of Donald Trump. It wasn’t long before Stirewalt was out of a job.

Or you may recall Stirewalt’s testimony before the January 6 committee about these matters. On that occasion, Stirewalt was direct, clear, and funny. He helped us, at least me, understand Trump’s “red wave” strategy. The “Red Wave” means that early vote totals always favor Republicans because they tend to vote more in person on Election Day. But that this will shift as vote-by-mail ballots are counted.

So the “red wave” strategy of Trump was to declare he had won when he was ahead by virtue of the predictable trend of early voting, insist vote counting should be stopped immediately, and when it wasn’t allege the election had been stolen from him. This is roughly on the order of insisting we open all my presents first on Christmas Day and then declaring Christmas to be over.

Anyhow, Stirewalt is out with a new book on how the media stokes anxiety and fear to get clicks, opens, and ratings. It is titled, Broken News: How the Media Rage Machine Divides America and How to Fight Back. You will find an excerpt below and here.

My favorite line from the excerpt? “In an era when everything is a crisis, then nothing really is one.”

That cuts a couple of ways. One, “crisis” and outrage are way, way over-used in order to get people hooked. And, two, this amps up fear to the point that people are ill with anxiety and anger. And, three, we become numb and unresponsive in the face of real and important challenges.

Here’s more from the excerpt to Stirewalt’s book:

“There’s so much anger in our culture today, and you can’t hate something you aren’t afraid of. We are an angry people because we are a frightened people. Politicians, popular culture, the news media, and leaders of major institutions speak in a language of anxiety, and did so long before our now-receding pandemic began. It wouldn’t be so odd if it weren’t for the fact that things are so much better here and now than they’ve been for most of human existence: freer, richer, safer, cleaner, and easier. Yet somehow endlessly problematic and anxiety-inducing.

“There are a lot of reasons for this mismatch. But part is surely a result of media overconsumption—panicky pulp produced to shovel at you in order to hold an audience in a fragmented marketplace. All day, every day, you are offered an unlimited array of serious worries about which you can do next to nothing.

“Obsessive concern about problems mostly beyond our control can prevent us from taking action on the ordinary, important work institutions are supposed to do. If the spending bill is really the last hope of a dying planet, then we can’t have the right conversation about how much to spend and for how long. Overhyped anxiety also distracts us. If you’re running a “forensic audit” looking for ballot boogeymen, you can’t do your job as a state official.

“In an era where everything is a crisis, then nothing really is one.

“How many overhyped panics do we expect Americans to endure before reaching the rational conclusion that the news media, their politically addicted peers, and institutional leaders have lost all perspective? The boy who cried wolf is clogging your Facebook feed with global warming or vaccine memes and hollering about murder hornets on TV. The next step is to pop a Xanax and tune out.”

I’ve thought that one expression of Christian faith is a certain calm in the face of all the claims that, “the end is at hand,” various forms of crisis-mongering and the cheery practice known as “doom-scrolling.” I ground this call to a Christian calm in many aspects of the faith. A lot of ink has been spilt about the decline of mainline or liberal or reformed Protestant Christianity as a viable and prevailing spiritual grounding in America. One consequence of that decline, in my humble opinion, is the epidemic of fear and the loss of a certain Christian calm in the face of life’s many and enduring challenges.

Anthony B. Robinsonhttps://www.anthonybrobinson.com/
Tony is a writer, teacher, speaker and ordained minister (United Church of Christ). He served as Senior Minister of Seattle’s Plymouth Congregational Church for fourteen years. His newest book is Useful Wisdom: Letters to Young (and not so young) Ministers. He divides his time between Seattle and a cabin in Wallowa County of northeastern Oregon. If you’d like to know more or receive his regular blogs in your email, go to his site listed above to sign-up.
Previous article
Six Months In: Where the War in Ukraine Stands
Next article
Has Seattle Lost Its Vibrant Downtown? Tips for Revival