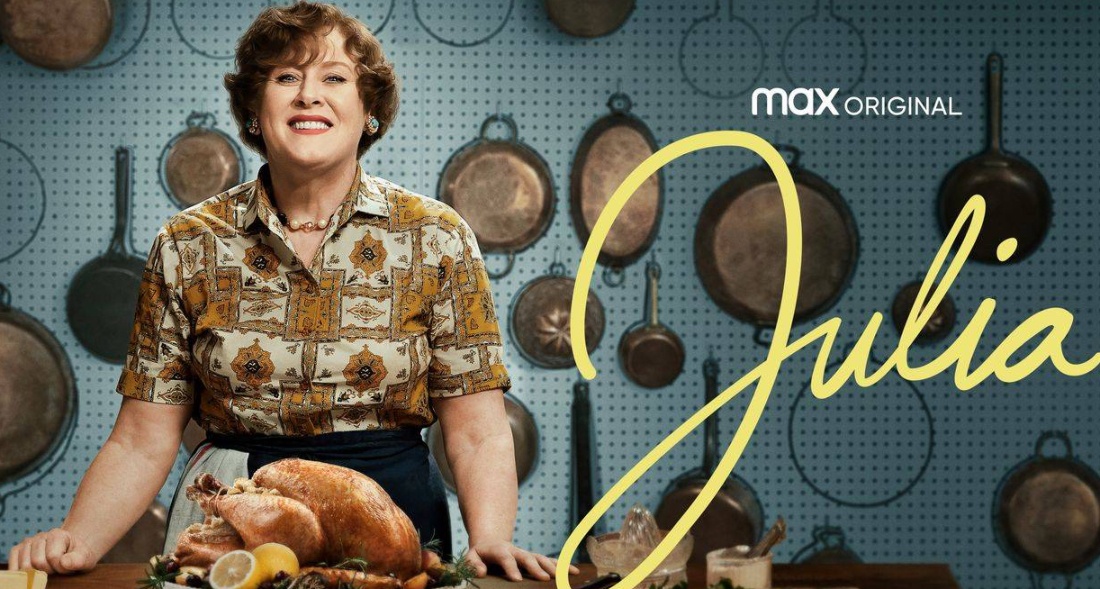 It’s a delight watching HBO’s new “Julia” and recalling how “The French Chef” made television history. It’s also a timely reminder of the long and slow journey of women and people of color seeking equal opportunity in broadcast and other media.

In the show, Julia Child (Sarah Lancashire) struggles to be taken seriously by the white men running public TV station WGBH (Boston). Initially, people laughed at the idea for the show. It gets a tentative green light when Child agrees to fund it, paying for the food herself and getting her husband Paul and best friend Avis to work as unpaid assistants.

Then there is Alice Naman (Brittany Bradford), whose character as a producer is fictional but based on other women working at Boston’s pioneering public television station in the 1960s. Naman, a Black woman, fights to make the cooking show a reality in the face of the derision and elitism of her male colleagues. She is sidelined by the men in charge who take credit for her ideas, for example franchising “The French Chef” to other public television stations. To get their ideas approved, both Naman and Child often have to convince a man that something was his own idea.

The show may be a fictionalized version of Child’s groundbreaking TV success, but it portrays struggles by women for recognition and equality that ring true to that era. Women were paid less than men, were not considered for top positions, were overlooked and talked over at meetings, were not given the big beats like politics or crime in newsrooms and were asked to get coffee for the men.

Thanks to women who filed equal opportunity lawsuits and fought to open doors for themselves and those who followed, the opportunities for women in broadcast and all sectors of media have increased dramatically since the days of “The French Chef.”

Public television’s prestigious NewsHour is hosted by a woman, Judy Woodruff. Women now lead several of the nation’s largest newsrooms including Sally Buzbee, executive editor of The Washington Post, Kimberly Godwin, president of ABC,  and Rashida Jones, president of MSNBC. The 2021 “Status of Women in the U.S. Media” from the Women’s Media Center found that women now make up more than 44 percent of the local TV news workforce.

Change at times remains slow. While celebrating breakthroughs by women like Godwin, women still make up less than a third of broadcast network TV heads, according to the Women’s Media Center report. And I don’t know a woman my age or younger who hasn’t been talked over by men. Even in the Obama White House, women in high powered positions during his first term struggled to exert their influence. The Washington Post reported on how the “female staffers adopted a meeting strategy they called “amplification”: When a woman made a key point, other women would repeat it, giving credit to its author. This forced the men in the room to recognize the contribution — and denied them the chance to claim the idea as their own.

“Julia” reminds us not just of the historic workplace struggles of women, but also of the larger struggles by women for equality — and the failure all too often of women to support each other. A particularly awkward (and fictional) scene in “Julia” shows “Feminine Mystique” author Betty Friedan lecturing Julia Child about why “The French Chef” was bad for women – that it promoted sexist stereotypes.

Child and Friedan in real life were both graduates of Smith College — Child the Class of 1934 and Friedan the Class of 1942. Child launched her TV show in 1963 and Friedan published her groundbreaking book the same year. As the Washington Post points out, there is no record of them meeting.

In the last episode of “Julia,” the show’s creators dreamed up a scene where Child and Friedan bump into each other at a New York event. Friedan takes the opportunity to roundly chastise Child: “I’ve seen your program, and it’s not helping things. You think you’re opening doors for women, expanding their horizons. They may be dreaming of France, but they’re stuck in front of a hot stove.”

“How can these women, who you have locked in the kitchen, possibly find time for anything else, let alone a career?” Friedan asks.

That exchange in the show made me think of my mother, who treasured her 1966 edition of “Mastering the Art of French Cooking” and loved watching those early years of Child’s show. My mother worked full time and had no household help. She didn’t have the time or means to try many of Child’s recipes, but it was aspirational and inspirational for her. She loved seeing this bold and outspoken woman make such a success of herself and show that women could be outstanding chefs. (There’s a scene in “Julia” where Child compliments the chef at a top notch New York City restaurant,, and he tells her: “Let’s leave the real cooking to the men or I’ll be out of a job.”)

At the end of the day, “Julia” is a comedy and probably shouldn’t be mined too deeply for feminist tropes. It’s also good to remember that Julia Child was a truly remarkable woman who had worked for the OSS and whose cookbook and TV show brought her hard-earned success and helped open doors for other women both in broadcast media and in the culinary arts.

Linda Kramer Jenning
Linda Kramer Jenning is an independent journalist who moved to Bainbridge Island after several decades reporting from Washington, D.C. She taught journalism at Georgetown University and is former Washington editor of Glamour.
Previous article
Mayor Harrell Doesn’t Suck so Far: So Here are Eight Suggestions
Next article
Top Gun No More: I was a Fighter Pilot. Today’s Remote Killing Machines Replaced Me