Top Gun No More: I was a Fighter Pilot. Today’s Remote Killing Machines Replaced Me

The guided missile attacks that are an important part of Putin’s assault on Ukraine remind me of my own sharply contrasting experience as a fighter pilot in the 1960s. Combined with a recent story of a University of Washington graduate turned drone pilot, it’s brought the horror of today’s remote killing machines home in a heart-wrenching manner.

For seven years I flew state-of-the-art Marine Corps fighters in air-to-air combat, but that was peacetime, and the aerial combat took place over California’s Salton Sea. It was the Marine Corps vs. the Air Force. We flew out of MCAS El Toro and the Air Force from bases in the So Cal desert. Engagement was unplanned but both sides entered the restricted area over the Salton Sea looking for targets of opportunity. Our F8s would jump their F-100s or vice versa, and the fight was on. Then, having burned thousands of gallons of JP4, we would return to base and regale comrades at Happy Hour with “war stories” of how we kicked Air “Farce” ass.

What an innocent time it was.

No longer. All three southern California bases are abandoned now. Air-to-air combat is a thing of the past. Fighter aircraft no longer have guns, and one-on-one dogfights are relegated to military history. It’s all missiles now. Heat-seeking (air-to-air) or laser-guided (air-to-ground). Going eye-to-eye with the Red Baron or Yuri Gagarin is pure fantasy.

Today, Air Force “pilots” kill enemy combatants halfway around the globe from windowless, air-conditioned, shipping container modules in the Nevada desert. America still maintains fighter squadrons on alert, but most of the “kills” today are done by drones remotely.

Five years ago, I wrote an essay called “Zipless in Nevada.” These distant deaths reminded me of the “zipless fuck” made famous in Erica Jong’s 1973 novel Fear of Flying – a sexual encounter involving two previously unacquainted persons with no emotional commitment.

Drone kills are equally “zipless” – unemotional and anonymous. An old-time dogfight was over in a matter of minutes. Death by drone takes longer. Satellites do the work. The target is identified and stalked. The remote operator watches stealthily. Sometimes for days. He or she might even watch interactions with the target’s family and neighbors. The order to kill is issued…and the target erased.

When drone strikes were first authorized, after 9/11, decisions were made at the presidential level. Under G.W. Bush and Obama, orders were sanctioned at the General Officer level. Under Trump, the rules were loosened, and authorization delegated down to and including senior non-commissioned officers.

Another aspect of the drone story has been getting attention lately. Two weeks ago, the front-page of the New York Times featured an article on the suicide of an Air Force drone pilot – a churchgoing, Eagle Scout, University of Washington graduate and son of two Yakima police officers. He was perfect until he wasn’t. Captain Kevin Larson’s drug use, spousal abuse, divorce, post-traumatic stress disorder (PTSD), and “conduct unbecoming an officer” led to his court-martial. The saga ended with his suicide as a fugitive. It’s a terrible story. Read it.

Or, as Pin-Up: The Magazine for Architectural Entertainment, put it in its spring-summer 2018 issue:

“The United States Air Force does not publish statistics on suicides committed by pilots of their unmanned combat aerial vehicles, otherwise known as drones, but it is the most significant bodily risk they face. In general, suicide ranks as the biggest killer of all active-duty Airmen, and surpassed war as the entire military’s leading cause of death in 2014 (as reported by USA Today in October of that year). Contrary to common assumptions, the suicides are not necessarily preceded by trauma from battlefield experiences. In fact, 68% of members of the Air Force who committed suicide were never deployed, according to the Air Force deputy chief of staff for Manpower, Personnel, and Services when interviewed by U.S. Medicine in October 2011.”

Kevin Larson’s true story is not unique. Fictional versions have also brought an awareness of the mental health problems associated with drone piloting. In 2017, Seattle Public Theater presented a play by George Brant about a woman F-16 pilot assigned as a UAV (unmanned air vehicle) “pilot” after being grounded by a pregnancy. Grounded is one of several stage and film treatments of the subject. In the film Good Kill (2014), Ethan Hawke plays a drone pilot who questions the ethics of firing missiles in Afghanistan from his trailer in the Nevada desert, and Helen Mirren and Alan Rickman posed similar ethical questions about civilian casualties, chain of command, personal responsibility, and other political questions relative to drone warfare in Eye in the Sky (2016).

Is it any wonder that PTSD and suicide are widespread among UAV “pilots” when they learn that their targeting errors have killed innocent civilians? Earlier this year, the New York Times reported on a botched drone strike that killed 10 Afghan civilians, including seven children, during the chaos of America’s departure from Afghanistan. Zipless deaths from air-conditioned trailers in the Nevada desert are real, and so are the mental health problems of those who kill anonymously.

“Drone piloting is the ultimate video game, and the Air Force is now acknowledging that it doesn’t take an F-16 pilot to fly one. Today’s cadre of drone pilots includes rigorously screened enlisted men and women as well as combat trained pilots. It takes two years and $2,600,000 to train a fighter pilot but only10 weeks and $175,000 to train a drone pilot. You do the math.

Even though ‘the threat of death has been removed’ unmanned vehicle pilots have a surprisingly high burnout rate. Long boring days in a darkened trailer looking at a computer screen has its downside. Pilots have always said their lives are filled with hours of boredom interspersed with moments of stark terror, and while physical danger is missing in that trailer, the job exacts its own emotional toll.”

Reading Captain Larson’s story was painful. I cried. I wish we could go back to those sport warrior days over the Salton Sea, but the world is a dangerous place. I loved my time as a fighter pilot, but I was lucky. Just a few years after we battled above the Salton Sea, I lost two of those friends over North Vietnam. We need both kinds of pilots, but we owe it to them to recognize trouble before it leads to suicide. We need better mental health care all-around – both civilian and military.

A version of this essay was published earlier on the author’s website, Jack Bernard’s Travels. 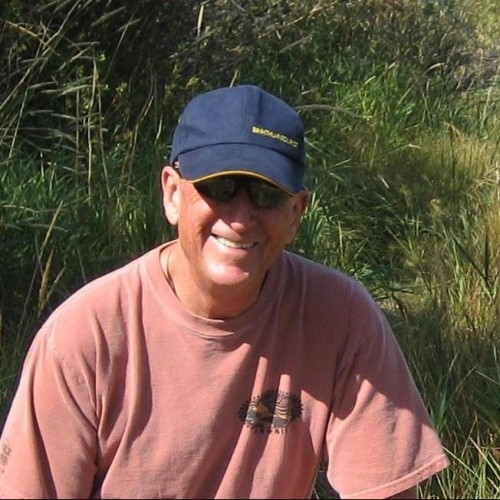 Jack Bernard
Jack Bernard writes a blog, jackbernardstravels.com, about his encounters around the world. He has been a pilot, lawyer, restaurateur, NGO manager, and bicycle traveler. This essay first appeared in his blog and is reprinted with the author's permission.
Previous article
The Complicated Legacy of Julia Child
Next article
Limited Liability, Maximal Cash: The LLC’s (and Others) Giving to Local Campaigns