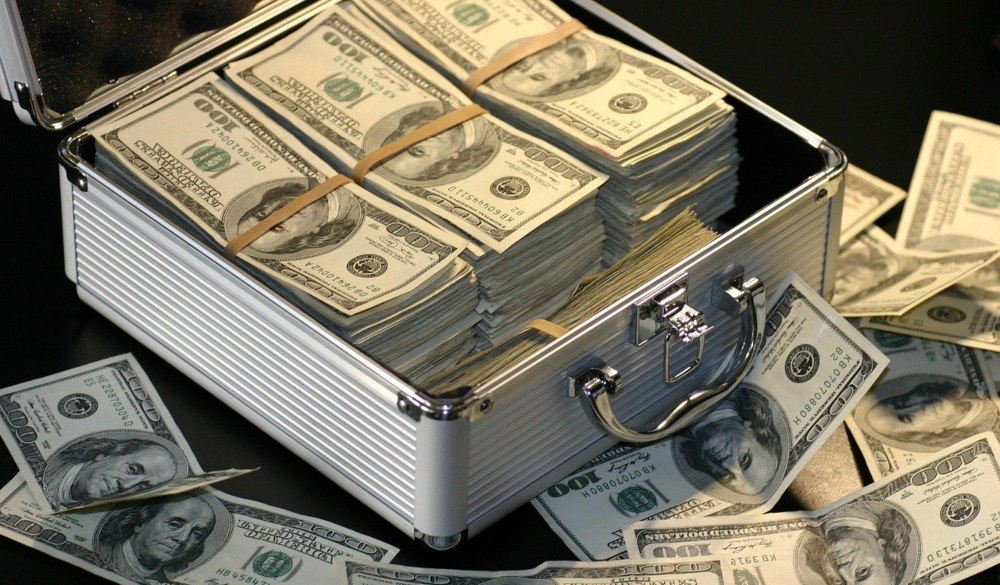 Limited Liability, Maximal Cash: The LLC’s (and Others) Giving to Local Campaigns

We sift through campaign finance minutiae so you don’t have to, and sometimes the trove of mostly dull data maintained by the Public Disclosure Commission yields a real gem. This week’s monthly campaign disclosure deadline gave us some precious news.

Kent City Council President Bill Boyce, a Republican, raked in the campaign cash in April in his bid for the 47th District state Senate seat currently held by Sen. Mona Das, D-Kent, who isn’t seeking re-election. Nearly all of the $29,000 Boyce brought in last month came in the form of $1,000 maximum contributions from limited liability companies related to property developers. One of those LLCs — we can’t make this stuff up — is called You Old Poop¹ LLC.

It’s one of at least eight such companies that share the same Auburn address as Landmark Development, which builds apartment buildings, and Palladium Real Estate Services, which manages said buildings. The companies are linked to developer John McKenna, per the Secretary of State’s helpful database of companies and the people who control them.

Here’s why you should care about this: As an individual, McKenna can only give $1,000 to Boyce for the primary and another $1,000 for the general election. But each company can also give $1,000 for each election. Real estate developers frequently create a new LLC for each project for entirely solid business reasons. But in a political context, the practice has the effect of allowing them to become super-donors. McKenna’s companies are on pace to put 10 times the individual limit into the race.

The same thing is going on down the road in Kent, where 10 different companies sharing the same address wrote Boyce a $1,000 check. These companies are less creatively named, with monikers such as Canyon Creeke² and Covington Commons. They’re all linked to Mike and Darci Chaffeur of Black Diamond, who also each gave Boyce $1,000 as individuals.

The real estate business tends to lean Republican anyway. But Das and the leftward shift the Legislature made after she was elected in the Democratic wave year of 2018, proved particularly alarming to folks who make money building, selling, and renting market-rate housing. Meanwhile, emboldened progressives sought to rein in housing prices, especially rent, and impose land-use restrictions to reduce sprawl and carbon emissions. Builders and their allies fought tooth and nail to kill off proposals such as rent control lite in 2021 and that land-use bill that mysteriously died in the waning hours of the Legislature this year. Clearly, they’d prefer a legislative environment where such things died quietly in committee.

The Democratic side of the primary in the 47th District is contested, with former Sen. Claudia Kauffman taking on Satwinder Kaur, one of Boyce’s colleagues on the Kent City Council. Kaur is handily winning the fundraising race, bringing in $37,000 last month to less than $5,000 for Kauffman, thanks to a slew of $1,000 checks from South King County’s politically active Sikh community.

The swing district is currently represented by three Democrats. Das wrested the Senate seat from GOP incumbent Joe Fain in 2018. During last year’s redistricting process, in which Fain represented the Senate Republicans on the redistricting commission, the district’s lines were subtly redrawn to make it more favorable to the GOP.

Look for an absolute truckload of party money and spending by independent political committees to pour into this race, ultimately swamping what the candidates themselves raise.

Elsewhere, one of Washington State’s biggest names is putting his money behind the ballot initiative to repeal the capital gains tax. John Stanton, the majority owner of the Seattle Mariners, tops the list of prominent rich folks backing Repeal the Capital Gains Income Tax, the committee using Initiative 1929. The campaign brought in more than $440,000 in April, including $50,000 apiece from Stanton and his wife, Theresa Gillespie. Stanton founded Voicestream Wireless, now part of T-Mobile.

Another $100K came from the household of Jon Hemingway, whose family owns the international port operations conglomerate that includes SSA Marine, which operates at the Port of Seattle.

Only a few thousand households will pay the 7 percent tax on most capital gains above $250,000. Even fewer will be hit hard enough by it to make a five- or six-figure campaign donation pencil out. Stanton and Hemingway are clearly in that group.

The campaign has now brought in more than $700,000 and spent more than $300,000 on a roster of hired-gun consultants. Interestingly, it hasn’t yet reported spending on actually gathering signatures to get I-1929 on the ballot. Qualifying for the ballot will require 324,516 valid signatures of registered voters by July 8. Such a signature drive could cost as much as $3 million this year. A successful campaign in the fall could cost far more.

On the other side of this fight, the cash is all coming from public-sector labor unions. No Tax Cut for the Super Rich, the committee defending the tax, brought in $50,000 apiece from the Service Employees International Union, the Washington Education Association, and the Washington Federation of State Employees. Lawmakers imposed the tax in conjunction with a big expansion of state spending on child care and early learning.

The campaign has also taken in more than $200,000 in in-kind contributions, mostly from Civic Ventures, the political operation of progressive billionaire Nick Hanauer. So far their biggest spending has been on polling and other research as the campaign searches for messages to defeat the repeal.

1. We’re guessing this is a reference to “On Golden Pond,” the 1981 movie about a cantankerous old New England couple. Katherine Hepburn and Henry Fonda, then in the twilight of their storied careers, both won acting Oscars. In one scene, Hepburn affectionately refers to Fonda as “You old poop.”

2. What is it with real estate people and ending things with an extraneous “e”?

This article first appeared in the author’s political blog, The Morning Wire.

Paul Queary
Paul Queary, a veteran AP reporter and editor, is founder of The Washington Observer, an independent newsletter on politics, government and the influence thereof in Washington State.
Previous article
Top Gun No More: I was a Fighter Pilot. Today’s Remote Killing Machines Replaced Me
Next article
Failure to Fund? JustCare’s Success with Homeless Programs in Peril