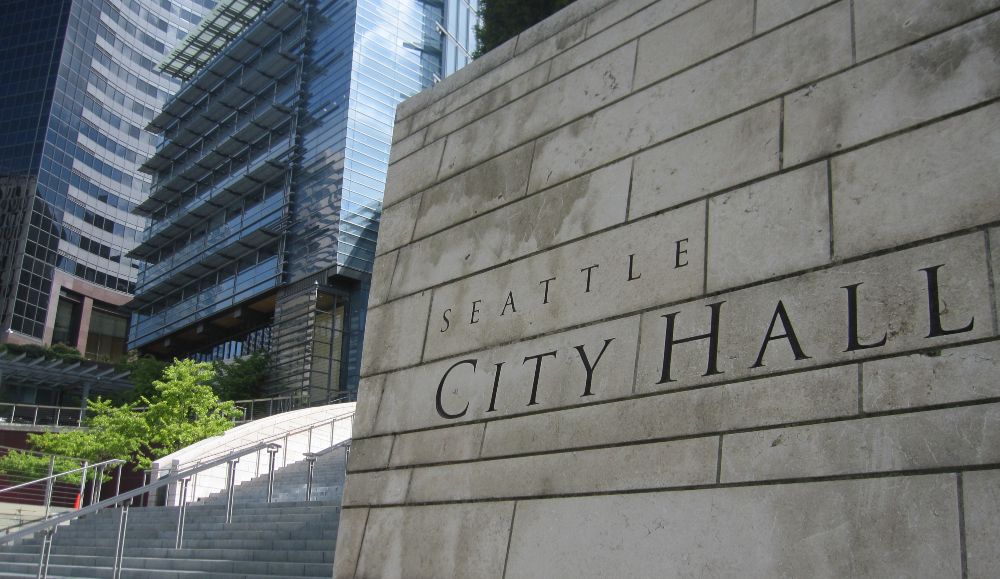 It looks like Mayor Bruce Harrell will be cautious, deliberative, and seemingly indecisive on some of the big issues facing the city he now heads. This is not surprising, given Harrell’s fairly detached and amused style when on the city council. It is surprising, however, given how engaged and hard-working Harrell was as a candidate who swept the field in the 2021 election.

Harrell has done two important things in his first 100 days as a mayor, both correcting some serious flaws in the Mayor Jenny Durkan regime. Harrell has patched up relations with city councilmembers, smartly offering to help them on pet projects and spending lots more time hearing them out and exploring commonalities. The key movement may be from Andrew Lewis, who shows signs of moving from the Leftist bloc to a more pragmatic stance.

The other key signal has been getting serious about clearing out homeless encampments, where Harrell’s actions have wisely spoken louder than divisive words. That said, he was clumsy and slow in responding to the unpopulated tiny-house village.

For the rest of the big issues Harrell has inherited — wait and see. Partly this slow pace stems from the need to get his leadership team in place. Partly this is the cautious learning curve. Partly this is Harrell’s style not to make needless enemies and instead to probe for consensus. It does seem to be working, for now, and the mayor’s popularity remains decent, 40 percent encouraged to 19 percent discouraged by the Crosscut Elway Poll.

But it is still the honeymoon period for the new mayor, and he has a relatively easy act to follow, given Mayor Jenny Durkan’s years of getting stymied by the council. If he gets lulled into this slow lane, he could soon join that long list of Seattle mayors mired down in our polarized politics.

Permit me to give Mayor Harrell some advice on how to sustain his early momentum, and get ahead of the inevitable criticisms the office will attract. Some of it echoing an earlier bit of advice I tendered (fast track for the first 100 days, be decisive) just as Harrell was elected.

1. Make some big things really work. Harrell needs to put his stamp on some visible problems and opportunities, not just be a finish-the-job, tweak-the-council mayor. Examples: Go big for tiny-homes, even if it means a fight with Marc Dones of the regional homelessness authority. Provide a vision for North Lake Union, west of the UW campus, now mired in political quicksand. Create a performing arts center in Southeast Seattle. Favor dramatic ideas for making Third Avenue work again. Build lots of new and affordable public housing, with a serious bond issue to fund it.

2. Embrace districts. This is a good way to empower city councilmembers, and to shift the focus from sluggish city hall to human-scaled district enhancements. District elections are not going to be overturned, due to the racial factors, so make them your own by opening district city halls and urging an open-space levy for all seven districts. Such an approach nets early victories and helps with pluralist politics.

3. Remagnetize the city. It’s tough to afford Seattle, and businesses are not eager to have employees back in the office. So, focus on this issue by creating more housing and support for artists, developing more affordable business districts outside of downtown, and helping young people to defray rents by committing to public service.

4. Make stunning key appointments. There are lots of key department heads to be replaced, owing to the aging out of the boomers, so make it clear that top national candidates should apply and will get tapped — in part by skipping over mayoral friends and longtime leadership. Example A: the next police chief, where Harrell has already discouraged outside applicants by his praise of acting chief Adrian Diaz.

5. Appoint key leaders who can make things happen. The city is stalled on many big issues, so a good solution is to pick department heads with strong track records of accomplishment. Honor must be paid to political and diversity agendas, but the stronger need is for people who can engineer change (and have the managerial record for doing so). City Hall is tired, and it needs vitamin-rich leaders who make the cushions bounce. Same goes for deputy mayors. The danger is for Harrell to be perceived as a placeholder and incrementalist.

6. Make some hard decisions early. Opportunities: Killing the downtown streetcar. Rezoning SoDo as a vital part of the city. Shake up the school board by having a few members appointed by mayor and council. We need Mayor Choose, not Mayor Dodge.

7. Be newsworthy. Dominate, don’t follow, the news cycle. Hire a top-notch speechwriter and others to make your position papers vivid and catchy. Have the messages be part of a larger, fresh theme. Be honest about how the city is in trouble, and how to fix it — not hunky-dory. Adopt a Comeback Agenda, not Complacency Agenda. Answer questions from the media with strong specifics, not campaign-style evasions or delays.

8. Offense, not defense. Granted, you were a star linebacker for Garfield and UW. Now you need a game plan that organizes many players and strikes the citizenry as one with energy, consistency, pragmatism, and accomplishable in your four-year term. Establish your brand, or you will get branded by a city that likes to create failed mayors. “One Seattle” is too bland, as well as untrue and substance-free.

David Brewster
David Brewster, a founding member of Post Alley, has a long career in publishing, having founded Seattle Weekly, Sasquatch Books, and Crosscut.com. His civic ventures have been Town Hall Seattle and FolioSeattle.
Previous article
Putin Whiffs at Victory Parade: Reality’s a Bitch
Next article
The Complicated Legacy of Julia Child