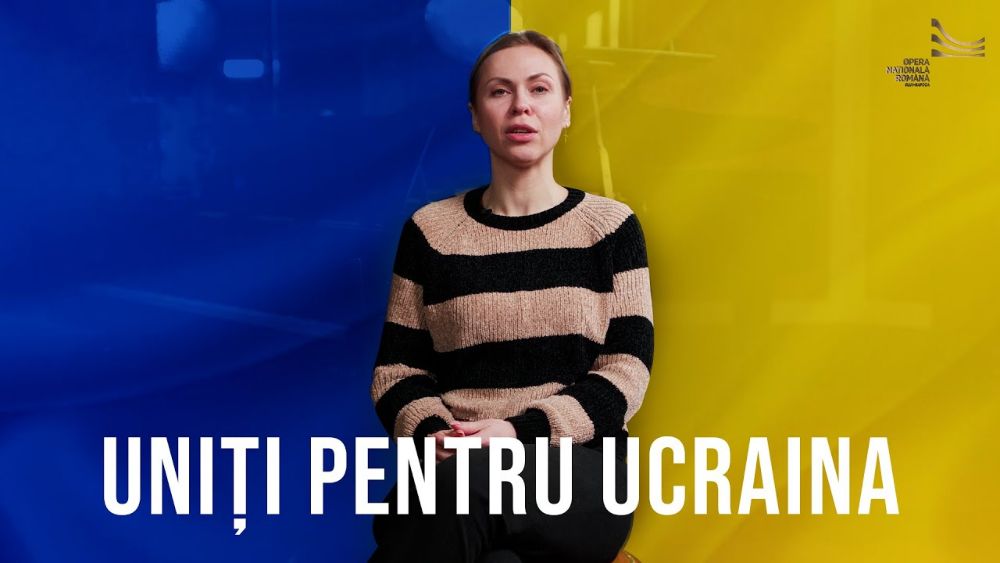 VIENNA, Austria — Ukrainian opera soloist Anna Bondarenko spent the first nights of Russian bombardment huddled with neighbors in the corridor outside her Odessa apartment, hoping the sturdier windowless walls would protect them if a shell crashed into the building.

By day, when curfew lifted, she rallied with the port city’s women to gather supplies for the men taking up arms to defend their city, an on-again, off-again target of the Black Sea naval forces of Russian President Vladimir Putin since the Feb. 24 start of the invasion.

With the Odessa National Opera and Ballet Theater shuttered against the invading forces and her money running low, the 32-year-old soprano fled the city on March 10, not to escape the dangers raining down upon her but to seize an opportunity to sing Tchaikovsky’s “Eugene Onegin” at the Cluj-Napoca opera house of a Romanian artistic-director friend.

“I want to do for myself. I can’t ask anyone for money. This way I can continue to develop my profession,” she explains in alternating Russian and English. After the Romanian performances, she traveled to Vienna to take part in a competition and to sing at a concert benefiting Ukrainian refugees.

She didn’t win the singing contest, but her performance drew the attention of Vienna State Opera Casting Director Robert Koerner, who invited her to audition for roles in the 2022-23 season.

“My situation is not tragic. I don’t consider myself a refugee,” Bondarenko told me over dinner in a cozy bistro in central Vienna. Her westward journey from besieged southern Ukraine took her through volatile Russian-occupied parts of Moldova, over Romania’s Carpathian Mountains to this Austrian capital where just this week she landed a job with the renowned Vienna State Opera.

On the eve of her audition, she sang for a dinner party hosted by friends of other musician friends, a British-Russian couple who divided their time between Vienna and Moscow before the Russian invasion. Retired foreign correspondent Alison Smale and composer Sergei Dreznin, who has dual Russian and Austrian citizenship, were strangers to Bondarenko until they invited her to stay in their guest room shortly after she turned up in Vienna and another offer of shelter fell through.

At the apartment a stone’s throw from the Renaissance-style opera house, Dreznin accompanied their house guest on his Steinway grand piano as she sang pieces from Puccini’s La Boheme and Strauss’s Morning, filling the high-ceilinged music room with a powerful voice seldom heard from such a slender frame.

An only child of a single mother, the fearless singer’s one regret is her failure to convince her 55-year-old mother in Kryvyi Rih, her hometown 160 miles east of Odessa, to come along on this odyssey.

“She says she cannot leave her home, that she has a job and a life there,” she says of her 55-old mother who works in the regional court administration in the same provincial town from which Ukrainian President Volodymyr Zelensky hails.

Bondarenko insists she is comfortable living day to day, not worrying about where she might sleep the next night or what journey she might undertake to seize the next opportunity.

“As things arise, I go for them. I close one door and open a new one,” she asserts with determined confidence. “I like living like a gypsy. It suits me.”

She conceded ahead of her audition with Koerner that the challenge of playing for one of the world’s most prominent theaters was a daunting reach. “The Vienna State Opera — for me this is like the Olympics.”

Bondarenko got word of her gold-medal achievement as I was flying back to Seattle on Tuesday. She emailed me with word of her success and muted jubilation.

“When Robert Koerner personally told me this news, I was glad. But my body has learned to hide emotions for so long that all I could do was smile,” she reported. “When I left the opera theater, I burst into tears.”

Her escape from the interrupted lives of her friends and colleagues in Odessa has paid off since her westward journey. She will earn enough at the Vienna State Opera to eventually end weeks of couch-surfing through Eastern and Central Europe.

But it is a personal victory tarnished by the continuing hardships of her family and countrymen mired in an unprovoked war destroying Ukraine’s economy and devastating towns and cities across the east and south.

As Russian forces struggle to conquer the last Ukrainian troops and civilians holding out in blasted Mariupol, Bondarenko watches from the safe distance of Vienna as Black Sea war ships and advancing ground troops turn their gunsights on Odessa.

“I really hope that soon there will come a moment in my life, in Ukraine and around the world,” she says, “when it will be possible to sincerely rejoice.”

Carol J Williams
Carol J. Williams is a retired foreign correspondent with 30 years' reporting abroad for the Los Angeles Times and Associated Press. She has reported from more than 80 countries, with a focus on USSR/Russia and Eastern Europe.
Previous article
Seattle Church Closure Provokes Pushback
Next article
Putin Whiffs at Victory Parade: Reality’s a Bitch