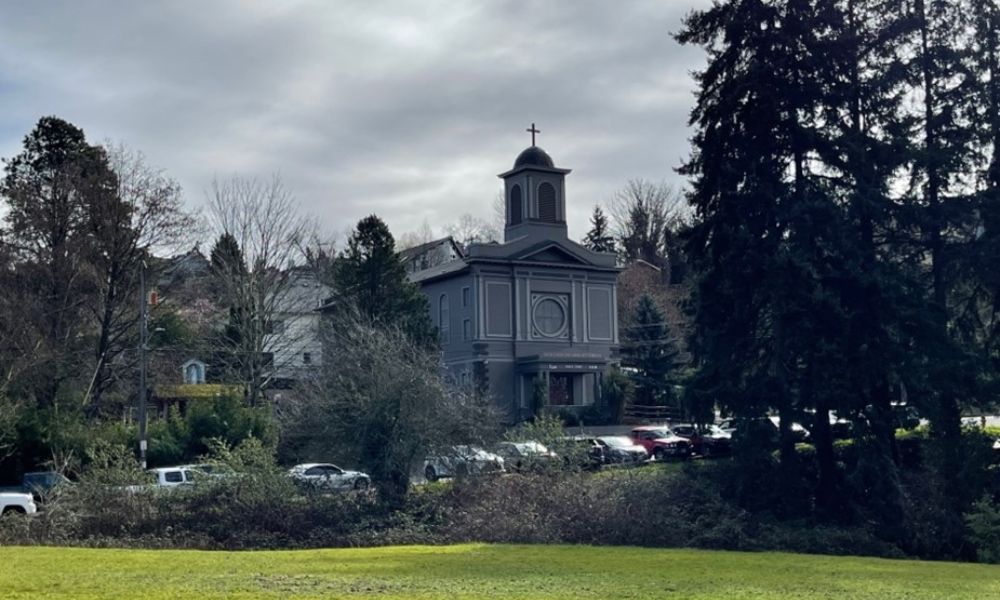 That was the cry from one speaker, echoed by many others filling a parish meeting hall just weeks ago, come to protest the pending closure of Our Lady of Mount Virgin Church in Seattle’s Mount Baker neighborhood. Founded in 1911 to serve the city’s Italian community, Mount Virgin has evolved over the decades into a parish for Catholic immigrants from China, Laos, Vietnam, and other countries. Mass is celebrated in several languages.

On July 1, 2022, the Catholic Archdiocese of Seattle will lock the doors of Mount Virgin and end its pastoral ministry. In a letter to parishioners, the archdiocese makes that decision clear: “there will be no priest presence and ministry will cease.”

The reasons, at least on paper, make arguable sense. Church attendance is in decline, so are baptisms, confirmations, and marriages, but most alarming for the Seattle archdiocese is a coming and staggering loss of priests. Over the next dozen years, given retirements and a falling number of candidates for the priesthood, there will be only 67 priests to serve 168 parishes. For the archdiocese, the answer is consolidation — close parishes and move members to other congregations in hopes of revitalizing faith and finances.

Seattle Archbishop Paul Etienne, in his original letter to the Mount Virgin community, said the intention is not to shut down congregations but “to increase vibrancy by creating thriving parishes of engaged parishioners — to re-envision our pastoral mission.”

Aroused now by the looming threat of closure, the wider community organized, filling the church hall that night to confront Auxiliary Bishop Eusebio Elizondo. “Why are you doing this?” they asked. “Mount Virgin has been the heart and soul of this community” was heard again and again. One speaker gave testimony to a common history: “I was baptized here. My grandmother got married here. Removing this church would be like removing the roots of the Italian community.” Another remembered that his great-grandfather hung the bell in the church tower.

Of the archdiocese’s plan to merge parishioners with another church, one Italian said, to loud applause, “We can’t feel as if we’re shuttled off to a place where you just do mass. You want it in your community.”

The simple question that evening — “What do you and the archdiocese need us to do to continue to keep our church open as an active parish?” — brought polite answers from the archdiocese, letters careful to underline the larger goal, a reborn faith, but also blunt. The decision to shutter Mount Virgin is final; the only remaining choice for the church’s Italian and other ethnic communities is to decide which parishes they will join now.

In a recent letter, Auxiliary Bishop Elizondo dismissed the outpouring of regret and outrage at that February community meeting, noting that few of the attendees were actual parishioners, repeating again that the future of Mount Virgin is settled. “Our focus in the phase we are in remains on the people in the parish and how we can support them given that keeping Our Lady of Mount Virgin open as a parish is untenable.”

With time running short — final closure of Mount Virgin is now just weeks away — the archdiocese’s rejection of all pleas has not diminished opposition, nor a campaign to save the church. Leaders of the fight, including Diana Sciola-Warczak, have filed petitions, mounted a Save Mt. Virgin Facebook page, and worked to bring more community members back to church on Sundays. In multiple letters to the archdiocese, they’ve asked for time to rebuild the parish.

Sciola-Warczak, who participated in stakeholder meetings affecting the future of Mount Virgin and several other churches marked for closure, now says there was never really a dialogue in the meetings — “it was all monologue” — as the decision to close the parish had already been made. Her questions at meetings were met with silence. On that persistent question from the Italian community — What does the archdiocese need us to do to avoid being merged and closed? — she writes, “This is a question we have asked multiple times and it has never been answered. We feel ignored, dismissed, and unheard.”

Complicating this quarrel is a reality that Italian community attendance fell off in the parish as decades passed, as the immediate neighborhood changed, and as Rainier Valley, once known as Garlic Gulch, became home to Vietnamese and Laotian communities as well. Mount Virgin is today a mix of more recent immigrants, and once again the missionary church it had been a century ago.

In response to these now awakened Italian parishioners, the archdiocese recalled recent history — that though Mount Virgin once had a strong Italian presence, “very few” are now active, and “the larger Italian Catholic community appears to have only recently learned about this process, which has been well underway.”

In a May 4 letter, the archdiocese communications office said that strategic planning for South Seattle parishes began eight years ago, with stakeholders then assembled to determine the best choices following closure. When conversations shifted to discussions about saving Mount Virgin, “the stakeholders themselves brought the conversation back to the true focus […]”

As of this writing, it seems certain that Mount Virgin will close in several weeks. In a letter responding to a Post Alley request, the archdiocese communications office said again: “The direction for the parish has been set and now it’s up to the people to determine how they would like to move forward.”

It’s also certain that Italian community resistance will persist in all its efforts to save a historic connection to Mount Virgin, a defiance that includes not only bringing Italians to Sunday mass but also keeping those immigrant communities the archdiocese is already moving to other parishes. There’s also talk of a direct appeal to the Vatican.

Until the end, until the doors close on July 1, the questions from that February parish meeting will hover over the long history of Mount Virgin: “Why does everyone — Chinese, Laotian, Vietnamese, Italian — have to be separated, moved. Why can’t we be together — as we are?”