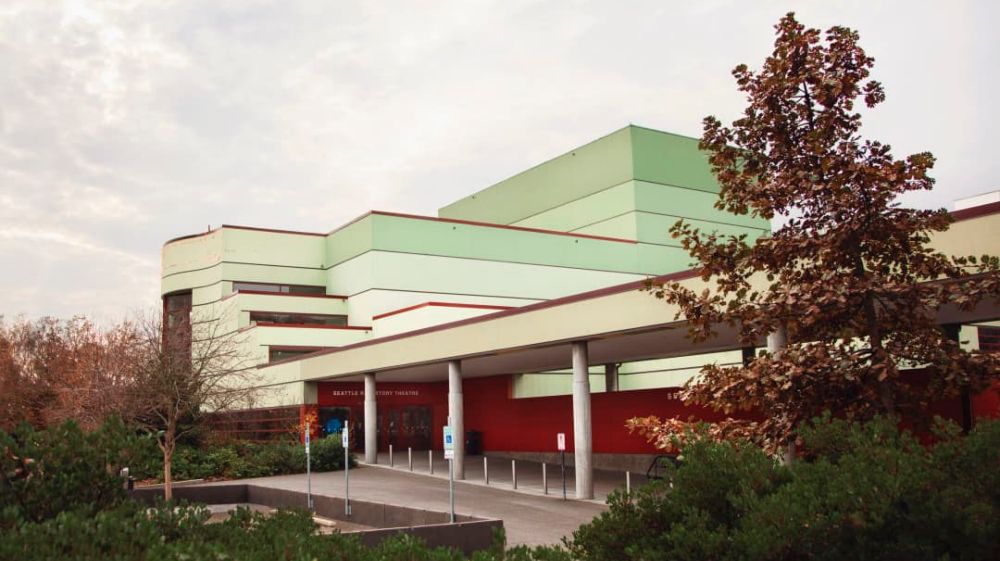 Can Seattle Arts Find a New Model for Flourishing After the Pandemic?

Key question for this region: Will Seattle arts bounce back? Or bounce forward? Or, like a deflated basketball, not bounce at all?

Have the pandemic recess and the chronic structural problems of the arts in this mid-sized city with big-sized ambitions made it unlikely we can regain the momentum Seattle arts organizations have enjoyed ever since the 1962 World’s Fair? Seattle had boldly aspired to be an artistic leader nationally, but is it now destined to be a second-tier, provincial city for the arts?

Nearly all the arts organizations I speak with are understandably keeping up a bold front. But consider the new obstacles. Audiences have drifted away, particularly from downtown venues. The digital detours of the pandemic have created excuses to consume at home (and pay less). Arts have moved to smart phones. Seattle majors with big budgets are lumbering dinosaurs, many with chronic structural deficits. The region has become too expensive for artists to live in and for arts groups to afford high rents. Funding shifted away from the generous civic-builders generation to the arts-averse tech generation. Corporate, governmental, and foundation dollars are migrating from the arts to social-justice causes.

Seattle arts grew rapidly during the city’s boom years and civic aspiration. Many of the arts organizations spawned in these boom years have outpaced the audiences or sources of revenue. In a typical mid-sized city, there are usually two major organizations, and then a lot of mid-sized, mid-budget ones. In Boston and Cleveland and St. Louis, for instance, the Big Two are the symphony and the art museum. Instead, Seattle tried to grow five majors at once (SAM, Symphony, Opera, Rep, Ballet), thereby stinting the more resilient, innovative, and affordable mid-sized groups. Few achieved lasting national rank. Time to aspire again, or adjust and regroup?

Discussions with arts manager and patrons yields a series of options to consider. I list them below, in no particular order, aware that arts groups are famously independent and there are few trusted leaders or institutions to create or enforce a new renaissance.

Brooklyn Model: Move to Cheaper Places. When central cities get too expensive, some arts can migrate to a nearby, less-costly burg, as happened in sophisticated, young-favoring Brooklyn. Problems: nearly all places in the Seattle region are now too expensive, and a family-oriented suburb sacrifices adventurous audiences. The Eastside certainly has the education and income level to support much more arts, even if lacking Brooklyn’s hipster vibe. More broadly, there is a statewide model. As the names Colorado Symphony and Oregon Symphony suggest, bringing arts to the outlying parts of the state can earn grants, develop new audiences, and help the bottom line by gaining more paid performances per rehearsals. State funding would prefer this approach of sharing the wealth and building new performance spaces.

Portland Model: Right-Sizing. “Thinking small is the big idea in Portland,” as the saying goes. Small means smaller budgets, smaller audiences, and often more room to experiment. The Oregon Symphony budget of $22 million compares with the Seattle Symphony’s $33 million (pre-pandemic figures). Already Seattle groups are pruning staff. This downsizing or right-sizing is tricky to manage, since the Seattle model has been to concentrate the arts in downtown or Seattle Center, creating an expensive special-night-out syndrome (dinner, parking, $100 tickets, nightcap). People like exploring other neighborhoods (particularly if it means avoiding downtown traffic) and experiencing a more intimate venue. One suggestion: build a performing arts and rehearsal facility in Southeast Seattle that embraces the confluence of many cultures.

Triage Model: Merge and Purge. If there are fewer dollars and audiences to go around, don’t save struggling groups but let them fade to black or merge. Foundations encourage synergistic mergers, tough as they are to pull off, and funders might back efforts for arts groups to escape too-large facilities built in a bullish time.

Commercial Model: Synergies. Allow investors to purchase shares in Broadway-bound musicals. Let high-rise developers earn height bonuses by building theaters into their lobbies (as Bellevue aspires to do with EastHUB). Let companies buy evenings at a performance for employees and clients. Float “arts bonds” to develop a new round of supporters, who buy the bonds for a below-market, social-benefit return, with the proceeds loaned out on very-low-interest terms to under-capitalized arts groups that need to “borrow to grow,” to import a concept from the for-profit world. Some overbuilt facilities can make money through more rentals. One idea is to repair sagging facilities at Seattle Center by letting developers build rental housing above, an example of tying in with social goals such as more artist and workforce housing. Create schools, as the Ballet has done, to earn money, pay artists more, and develop family audiences.

Audience Segmentation. The Symphony used to hope that New Year’s Eve galas would hook new audiences for full-season concerts. That didn’t really happen, but organizations can segment audiences, targeting appeals to one-off events. Seattle Symphony is well down this road, often presenting pop-music headliners and renting space for corporate events. Sometimes a big cash cow (“Nutcracker,” “Hamilton!” “A Christmas Carol”) can flow significant surpluses for the rest of the season.

Diversity Models. Organizations and artists are reaching out to under-served audiences, particularly minorities and young people. As one arts manager explains: “Arts groups are doing this because they have prioritized whiteness in artists, boards, and audiences for decades and that is no longer acceptable for multiple reasons, including systemic racism. Donors are holding organizations accountable to better serving the full public.” One tactic is to reduce ticket prices. Another is to take productions to where people are, such as putting a string quartet on a truck (about to happen at Seattle Chamber Music Society). Problems: these new audiences can be hard to retain and, being younger and fickle, make fewer donations.

Back to Basics: Individual Donors. One president of a major Seattle institution said, given all the personal wealth in the Seattle area, it’s time to just go raise significant, no-strings donations. One example is an endowment model, as with universities, where key positions become endowed chairs. Stop worrying about a new model, and get back to the hard work of fundraising from the new wealth.

Home-Grown: Import Substitution. Seattle’s model, aiming high, has been to import famous performers, which is expensive and addictive. Atlanta during the pandemic built opera performances around local talent, given the unavailability of flown-in singers. Moreover, giving artists more steady work this way helps them stay up with high expenses in Seattle by having more income, and by having more work, a key to artistic growth. Also: be more regional and less focused on developing plays and musicals that can make it to Broadway.

Government to the Rescue. The case that arts were forced to make during the pandemic — retaining artists, economic benefits, replacing arts education in the schools, reviving downtown — released a flood of new, pandemic-related governmental funding that might be sustained. One prospect for this is the Cultural Access Levy for King County, if made more politically palatable (particularly in the suburbs, where an earlier version failed to pass). This levy, modeled on a Denver plan, could release $50 million a year for many local arts organizations. Problem: lots of geographic and political strings attached to such political funding.

Wait and Watch: Trust the Artists. Art worth having is made by artists, out of needs and aspirations of their own. As one Seattle critic observes, such art “is less a well-tended garden plot than a sort of a brush fire in reverse, where the action is all around the edges, flaring up unpredictably on one front, flagging or flickering out elsewhere. All the community can do is keep an eye out for the hot spots and hasten to fuel them.” Accordingly, it may make sense to fund more artists directly, rather than funneling money through large institutions.

There are many ways to grow and get better. Seattle has long modeled its arts boom on New York and San Francisco, but there are many right-sized models to emulate. Creating and enforcing a strategic plan for such growth would be a big challenge in such an individualistic sector, particularly with the loss of integrative institutions such as PONCHO and Allied Arts and the increasingly anti-elitist stance of most elected officials. (The major reason the cultural access levy has trouble in the Legislature and County Council is the regressive nature of all available taxes.)

The above obstacles aside, there is a lot of dynamic new leadership at many of our arts groups: Opera, SAM, Symphony, ACT, The Rep, ArtsFund, 4Culture, Seattle’s Office of Arts and Cultural Affairs, Meany Center, Village Theatre, Inspire Washington, Seattle Chamber Music Society. The compelling theme of racial and cultural diversification and artistic confluence, if rich and not routine, could be the master narrative for a new, globally complex Seattle renaissance. Same holds true in Techopolis for the digital extensions of the arts, which began as a forced development of the pandemic and could greatly expand audiences and expressive forms for Seattle arts.

Lastly, arts and artists are hardy perennials, and Seattle has a rich soil and carefully developed audiences for new blooms.

David Brewster
David Brewster, a founding member of Post Alley, has a long career in publishing, having founded Seattle Weekly, Sasquatch Books, and Crosscut.com. His civic ventures have been Town Hall Seattle and FolioSeattle.
Previous article
The Ambassador Recalled: Marie Yovanovitch’s Warnings on Ukraine
Next article
We Need to Talk About a Crisis for Young American Men