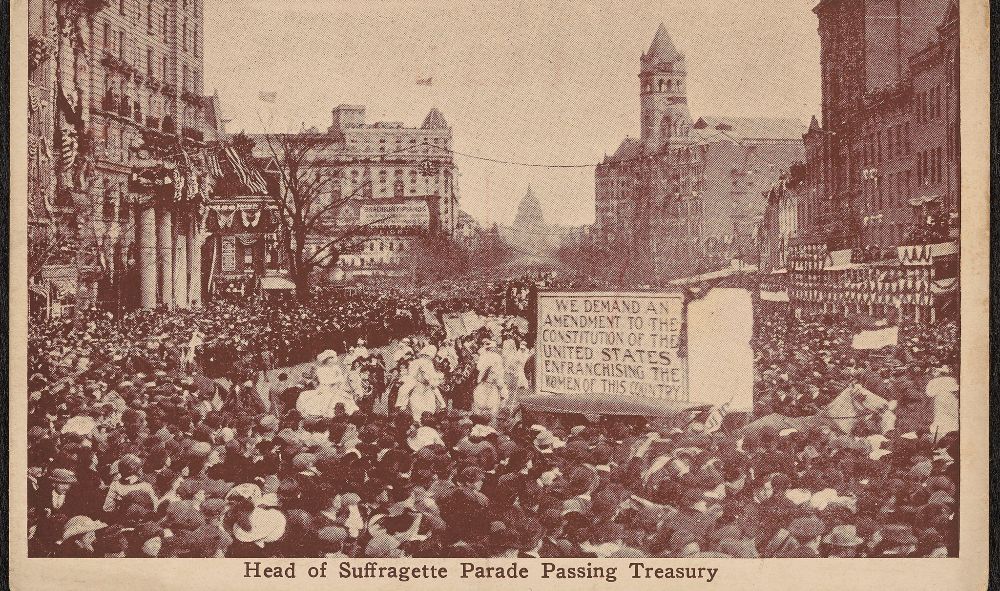 Time to Finish the Job: Enact the ERA

A hundred years ago, the 19th Amendment (votes for women) was passing. It was a great, long-sought victory. But Suffragist Alice Paul wasn’t ready to rest and move on. She thought more would be needed before women could achieve full equality.

While others celebrated, Alice Paul and Crystal Eastman of the National Women’s Party went to work drafting an equal rights amendment (ERA) to the Constitution. The prime section was simple and clear-cut: “Equal rights under the law shall not be denied or abridged by the United States or by any state on account of sex.”

The times were right and the ERA was introduced to Congress in 1923. But afterwards the amendment languished, half forgotten. It was 1971, nearly 50 years later, when Rep. Martha Griffith, a Michigan Democrat, rallied her colleagues to pull the amendment from the crusty old House Judiciary Committee.

Timing again helped: Gloria Steinem and Betty Friedan were stirring women’s liberation. The ERA got House approval on Oct. 12, 1971; Senate approval in March, 1972. As states scurried to ratify the amendment — three-fourths would be needed — it appeared women would finally achieve full equality. Washington state joined the rush, adding an equal rights clause to its constitution, followed by ERA ratification in 1973.

Passage seemed almost assured, but then a backlash set in. Opponents like Phyllis Schafly, an Illinois lawyer/housewife, said the amendment would lead to women being drafted, same-sex marriage, co-ed restrooms, and the loss of alimony and child custody. Schlafly’s fear mongering defeated ratification in several states and led to five states voting to rescind earlier approval.

Recently, however, the tide again turned. Thanks to vigorous women’s marches and a pink wave hitting state legislatures, Nevada and Illinois ratified in 2018. Then the Virginia legislature voted approval Jan.27, 2020, giving the ERA the needed 38 states. The measure was set to become Amendment 28, giving women full rights and protections on Jan. 27, 2021.

But wait: David Ferriero, archivist of the United States, although required under federal law to add an amendment once it satisfies constitutional provisions, has declined to do so. His refusal rests on a 2020 memo from the Justice Department’s Office of Legal Counsel (OLC). That office concluded the amendment has expired. The memo cited the congressional deadlines and noted that five states have rescinded ratification. Never mind that Article V of the Constitution says nothing whatsoever about deadlines nor about states’ withdrawing approval.

In January, the OLC issued a subsequent memo, questioning the 2020 opinion. That memo stated that “whether the ERA is a part of the Constitution will be resolved not by an OLC opinion but by the courts and Congress.”

Does that leave the ERA dead or alive? There are pro and con arguments, with supporters citing the precedent of the 27th Amendment which gained approval 200 years after introduction. The ERA’s present limbo status is as perplexing as it is appalling. A full two decades into the 21st century the U. S. Constitution still does not formally recognize the full equality of more than half the nation’s population.

At this stage, it’s reasonable to ask: What would the ERA actually accomplish now that laws have been passed to address inequalities such as wage gaps, sexual harassment, and violence against women? Laws, however, can be overturned or not enforced, whereas a constitutional amendment endures. And, even then, it can take generations for guarantees like those in the 14th and 15th amendments to become integral to everyday life.

Why is it now so hard to add the ERA to the Constitution? Social changes have transformed our lives leaving old opposition points (same-sex marriage? women in the military?) no longer at issue. Opposition today focuses primarily on abortion. Opponents think the amendment would lead to a ban on state laws that restrict or prohibit a woman’s right to terminate a pregnancy.  There is widespread belief that courts could interpret the ERA to give women control of their own bodies.

Meanwhile, ERA advocates continue to push the issue. They urge making it part of daily challenges to those running for office. They want leaders and would-be office holders repeatedly asked about giving equal rights to half the population. Supporters want to make equality central to the nation’s identity. And why not? Some 168 countries and 26 states contain guarantees of sex equality in their constitutions. It’s shameful that the U.S. is still an outlier.

In today’s partisan climate, chances of reviving the ERA are poor. Reliance on a divided Congress and/or a conservative Supreme Court majority may be foolhardy. That, however, is no reason not to try. One has only to imagine the times when people like Alice Paul, who had survived brutal torture, and Martha Griffith, who confronted hide-bound old white guys, sought gender equality.

Supreme Court Justice Ruth Bader Ginsburg, who worked a lifetime to expand equal rights, once acknowledged ERA passage was not as urgent as it had been. She recognized there had been progress, given progressive laws and precedents. But she said, “I would like to be able to take out my pocket the Constitution and say that the equal-citizen stature of men and women is a fundamental tenet of our society.”

So would many of the 167 millions of us who are still second-class citizens.

Jean Godden
Jean Godden wrote columns first for the Seattle Post-Intelligencer and late for the Seattle Times. In 2002, she quit to run for City Council where she served for 12 years. Since then she published a book of city stories titled “Citizen Jean.” She is now co-host of The Bridge aired on community station KMGP at 101.1 FM. You can email tips and comments to Jean at jgodden@blarg.net.
Previous article
Why Dan Evans Was a Successful Republican and How His Party Moved Away
Next article
In Apocalypse, all is Revealed: Lessons from COVID (and the Olympics)

Rise of the Anti-Feminism Backlash

Remembering Janice Niemi and All She Did For Women