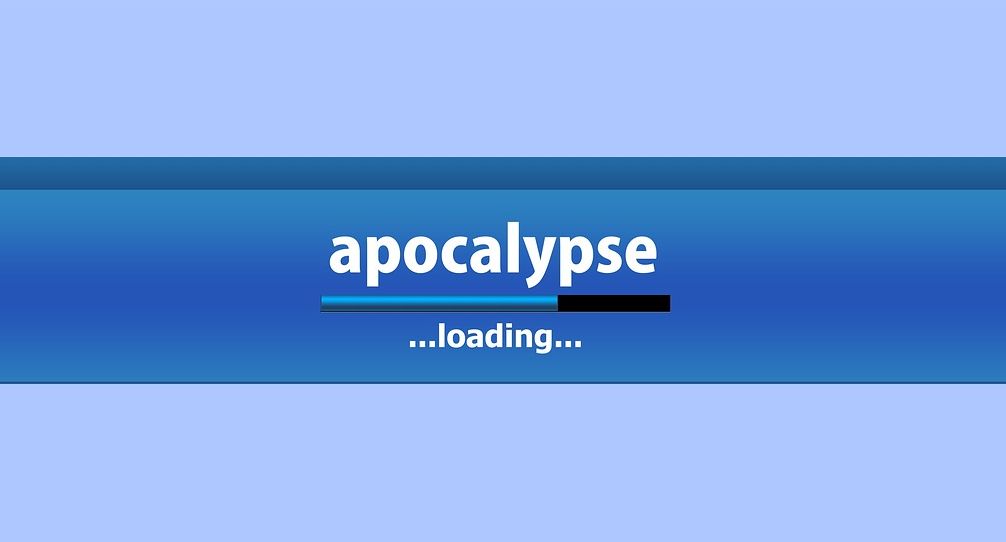 In Apocalypse, all is Revealed: Lessons from COVID (and the Olympics)

The words “apocalypse” or “apocalyptic” pop up a lot in these trying times, most often in relation to the global  COVID pandemic and climate change. In popular and conventional usage these words mean something like, “the final fiery end of everything.” The recent movie (spoiler alert), “Don’t Look Up” is apocalyptic in this sense.

In theology, apocalypse means something a little different. An apocalypse is a moment of revealing, when what has been hidden becomes visible and evident. Theologians speak of God’s revelation in Jesus Christ as the apocalypse or apocalyptic moment, meaning that in his presence all stand revealed as they truly are.

In this sense — apocalypse as a moment of revealing — the pandemic has been such a time, at least for the United States. Such was the almost off-hand observation of the Atlantic writer who has been most focused on the pandemic, Ed Yong. In a brief interview, Yong observed:

“America’s mishandling of the pandemic has been a bipartisan failure. . . Both fell prey to individualistic thinking, instead of recognizing the inherently collective nature of the pandemic problem. Both wrongly assumed that biomedical solutions like vaccines could end the pandemic alone, without addressing the deep-seated social vulnerabilities that make the U.S. so weak against a fast-spreading virus.” (emphasis added)

The virus has done what viruses do — take advantage of the vulnerabilities of an unhealthy host. It is this that has been revealed, or “apocalypsed” to us. Or to put it bluntly, the virus has shown that our societal immune system is in the crapper.

The scientific community actually came through in remarkable ways, with their nearly overnight discovery of a vaccine. But in contrast to, say the era of polio when the discovery and wide embrace of a vaccine effectively ended it, our society hasn’t reaped the benefits of these scientific and medical advances. Why? Because of what Yong terms “our deep-seated social vulnerabilities.” These include our extreme social/political divisions, stratospheric levels of distrust, the incendiary effects of social media, and the ineffectiveness of public institutions like public health and education. The list of our societal vulnerabilites, of course, could go on.

But Yong’s observation indicates how this has been an apocalyptic moment, i.e. a moment of revealing:

Both [Trump and Biden administrations] wrongly assumed that biomedical solutions like vaccines could end the pandemic alone, without addressing the deep-seated social vulnerabilities that make the U.S. so weak against a fast-spreading virus.”

I have often mentioned the conceptual framework of Harvard’s Ron Heifetz and his seminal distinction between “technical problems” and “adaptive challenges.” The former are something dealt with by taking a pill or shot. The latter require that we change our thinking and our lives. Kind of like, say, the difference between a sinus infection and an addiction, or a broken arm and a broken family.

No surprise that leaders construed this crisis as a technical problem. We are a technologically advanced society accustomed both to technological fixes and to relying on experts. So we think all the challenges we face are technical problems. But our challenges (as revealed by the pandemic and climate change) are both different and deeper. They are challenges of character and community, of behaviors and values, and of our capacity for learning and change.

Heifetz says that treating an adaptive challenge as a technical problem is the most frequent cause of leadership failure. We think the experts will do a technical fix (as if by magic). The people won’t have to accept responsibility or be encouraged to rise to the challenge. The latter bit being what leaders do.

Yes, that adaptive work is huge and difficult. But the point I take from Yong is that our leaders thought a technical fix (vaccine) would do it. But they missed or under-estimated the harder work of giving responsibility back to the people (at a rate they could stand) and encouraging learning and change that would enable us to face the challenges before us. I think Biden was on the right track when he stressed unity and believing in our capacities, even if these have seemed a stretch.

This is the true apocalyptic nature of the moment — not fire and mayhem, violence and riots — but the way that COVID has exposed and revealed our vulnerabilities as a society and nation.

Well, the Olympics are China’s attempt to put an alternative solution to handling “social vulnerabilities” on display. The alternative? Authoritarianism. China brags, with some basis, that it handled the pandemic better than we did because it was able to require strict adherence to preventive protocols.

The point was underscored when Russian President Vladimir Putin visited China’s Chairman-of-Everything, Xi Jinping for the opening of the Olympics. Both argue that democracy can no longer handle the immense challenges facing nations and the world in the 21st century. Democracy is too slow, ineffective, and subject to a tyranny of the minority.

This is essentially the Donald Trump position. We need an authoritarian strongman to “make America great again.” And yet, Trump claims to be such a great American patriot. His followers claim the same. The January 6 rioters were, they argue, really the true patriots. How does that work? Here’s how: their commitment isn’t to American democracy. It is to American nationalism.

My spouse asked me the other day if I were interested in watching the Olympics. I said, “not particularly.” I do admire the athletes for their dedication and their incredible skills. But these Olympics seem to me even more a vehicle for the aggrandizement of the host nation than previous ones. National pride, I can appreciate. National propaganda, not so much.

It has been noted,  moreover, that the International Olympic Committee, has a preference for authoritarian nations as Olympic hosts. Why? No protests. No messiness. Bribes are easier to process. All thanks to  the autocrat’s heavy hand.

Anthony B. Robinsonhttps://www.anthonybrobinson.com/
Tony is a writer, teacher, speaker and ordained minister (United Church of Christ). He served as Senior Minister of Seattle’s Plymouth Congregational Church for fourteen years. His newest book is Useful Wisdom: Letters to Young (and not so young) Ministers. He divides his time between Seattle and a cabin in Wallowa County of northeastern Oregon. If you’d like to know more or receive his regular blogs in your email, go to his site listed above to sign-up.
Previous article
Time to Finish the Job: Enact the ERA
Next article
Anti-Vax Canadian Truckers Set Off Transborder Demagoguery