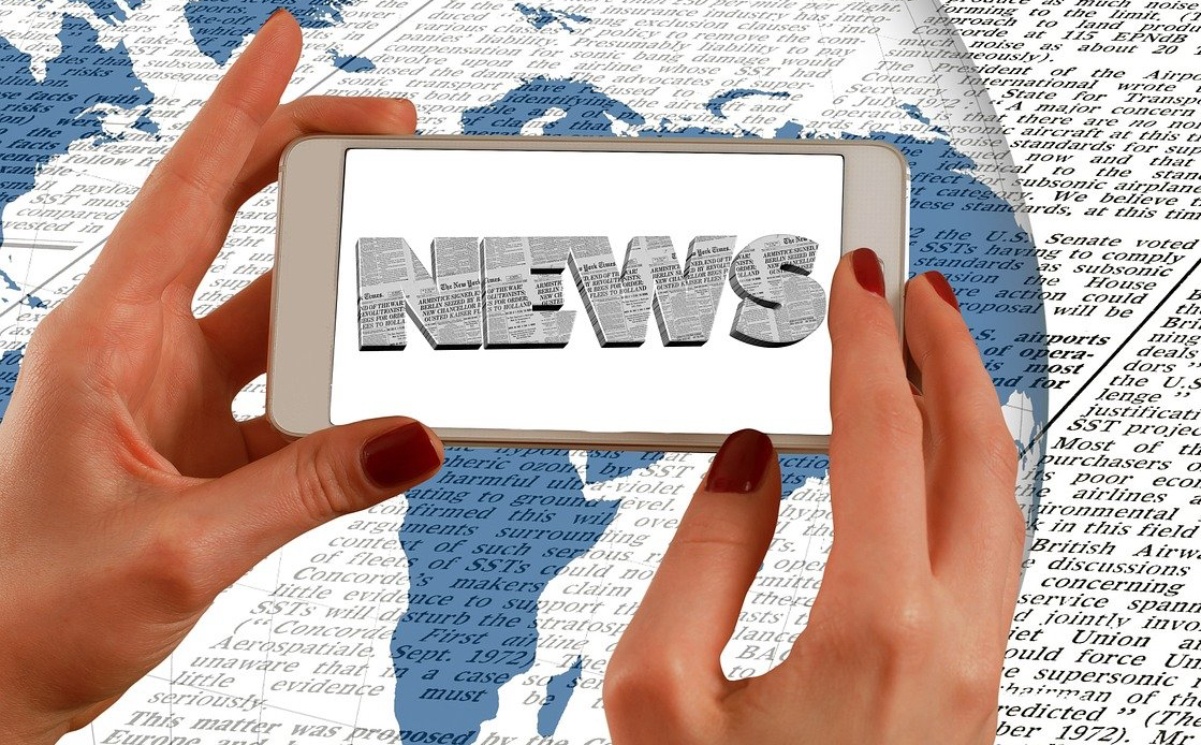 Unnamed: When Sources Won’t be Identified

For those of us who remember Watergate, one of the most well-known figures in the unfolding saga was Deep Throat. Without this anonymous source, Woodward and Bernstein may have been unable to pursue the trail that led to the end of the Nixon presidency.

In “All the President’s Men,” Carl Bernstein and Bob Woodward share with readers the legwork of their Watergate reporting and the integral role of their key source, Deep Throat. They explain why they did not reveal his name and the newsroom protocols followed at The Washington Post to assure the credibility of their work. The identity of Deep Throat remained a well-guarded secret for three decades.

The story of Deep Throat highlights two key points about how and why journalists use anonymous sources: it may be the only available route to getting key information, and journalists keep their word when they agree not to reveal the name of a source.  Some journalists have gone to jail for refusing to disclose a confidential source.

Journalists today still regularly rely on unnamed sources – and routinely get criticized for it by readers. Confidential sources can be essential to unearthing information the public needs to know. In his recent  article on the Seattle Symphony, Douglas McLennan sought to be transparent with Post Alley readers about why he quotes people he couldn’t name: “You will notice throughout this attempt to piece together the story behind the fiery departure (of Danish conductor Thomas Dausgaard) is that there aren’t names attached to the stories. In contentious internal organizational situations, the zone quickly floods with gossip and inuendo. Of some two dozen people interviewed for this story, only one agreed to go on the record.”

Some of the comments posted by Post Alley readers showed concern about the use of the unnamed sources. Interestingly, most of those comments were posted anonymously.

Our goal as journalists is to deliver the most accurate accounts we can. That can mean using reporting that is “not for attribution” or “on background” or “off the record.” Different news organizations have different protocols for how and when such sourcing can be used, but they share the goal of seeking to minimize its use. They also increasingly share those policies with the public as in NPR’s detailed look at its sourcing policies.

The heart of the issue is the question of the credibility of both the source and the journalist. If someone refused to be identified, what was that source’s agenda? Is the source trying to undermine a foe or float a trial balloon or speak out on an issue that doesn’t jive with the source’s public record?  Is that information tainted in some way? Is the credibility of my reporting comprised when I use unnamed sources? Does it mean I was lazy? Was I being manipulated and used?

Attaching your name to the information you provide a journalist shows you are willing to stand by what you say and that gives more weight to your words. But there are times when the personal risk can be too great – where the source risks getting fired or jailed or being publicly pilloried in some way. The FBI would not have looked kindly on Mark Felt, aka Deep Throat, helping Woodward and Bernstein.

Journalists want you to trust their reporting and that’s why we strive to avoid using unnamed sources. Often it comes down to first trying to convince the source to be identified and, if that fails, to agree on the most credible way to use the information without a name. In my years of reporting in Washington D.C., “not for attribution” generally meant that someone like a congressional aide or White House staffer was not authorized to discuss an issue but agreed to talk with me to provide necessary information. I could quote the person, but not use the name. My next step was to then negotiate with the source on various referencing options. For example, could I refer to a “senior White House domestic policy aide,” or “a Ways and Means Committee staffer” or “a person with inside knowledge of trade negotiations”? My goal was to get as close as possible to that person’s job title. Their goal usually was just to be “a source” without any modifiers.

Sometimes I would be halfway through an interview that was on the record when the person would suddenly say, “Can we go off the record?” My usual response was to agree. I wanted to hear what the interviewee had to say and get a sense of why she had asked to go off the record. I would put down my pen, stop recording, and listen. At times, the information the interviewee then shared wasn’t needed for my story. But if I found it of interest and felt it would help tell the story more fully, I would wait until she stopped speaking and then explain why I thought it important to use that information on the record. Often the source would then agree, I’d pick up my pen, tap record, and we would start over.

The Associated Press, where I started my career, provides this guidance for its staff on the various levels of sourcing:

“On the record. The information can be used with no caveats, quoting the source by name.

“Off the record. The information cannot be used for publication.

“Background. The information can be published but only under conditions negotiated with the source. Generally, the sources do not want their names published but will agree to a description of their position.

“Deep background. The information can be used but without attribution. The source does not want to be identified in any way, even on condition of anonymity.”

When I asked some Post Alley colleagues how they dealt with these issues, they shared these responses:

David Brewster: “One common practice is you cannot use off record info without an independent second source. And you need to tell the editor who was the source.”

Mort Kondracke: “Off the record” means you can’t use the material unless you can get someone else to back it up. The source may have any number of motives: showing off inside knowledge, putting something out without taking responsibility for it (in hopes it’ll get published some other way). Reporter might take it (if that’s the only way to get it) as guidance for further reporting.”

Carol J.. Williams: “I’ve always been bothered by the OTR (off the record) sources who want their views and analysis publicized without the accountability attached with their identity.” As a longtime foreign correspondent, Williams goes on to cite the “Doctrine of No Surprises” that was first floated under President Clinton and upheld by Presidents George W. Bush and Barack Obama to stifle diplomats “essentially not trusting their veteran diplomats to know how to spin a story,” says Williams. “As far as I know, there are few diplomats speaking on the record even now. The last time I interviewed a U.S. diplomat on the record was in February 2014, when the U.S. ambassador to Russia, Michael McFaul, was leaving the State Department for his current post at Stanford. He didn’t have much to lose in speaking his mind. It’s gotten so much worse in recent years. When is the last time any government official, from Cabinet members to congressional (chiefs of staff), put their name and elected office on the record to comment on a major political development? They all hide behind anonymity.”

Extreme examples of sources seeking anonymity include White House briefings where an administration official would speak to the roomful of reporters only if identified as a “high level source.” The most absurd example might be the time President Lyndon B. Johnson agreed to talk with reporters as they walked with him if they referred to him as a “high White House official.” The late New York Herald Tribune ran an article with quotes from this “source” accompanied by an Associated Press photo picturing L.B.J. and the strolling reporters.

To mock this ridiculous practice, former White House Press Secretary Mike McCurry once put a paper bag over his head when he took the podium.

The overuse of unnamed sources can be blamed in part for the  plummeting trust in the media, a problem journalists recognize and have been striving to rebuild. The Trust Project, for example, works with newsrooms and educational institutions to share indicators that show what news can be trusted.

When the New York Times, partly in response to readers’ complaints about anonymous sources, announced its new sourcing policy, then executive editor Dean Baquet said in a staff memo: “The use of anonymous sources is sometimes crucial to our journalistic mission. But it also puts a strain on our most valuable and delicate asset: our trust with readers.”

There are a growing number of reporting tools that can help shore up the credibility of a story where key sources refuse to be named. We can find additional sources, as Brewster noted above, to confirm that information. We can do independent digging to find other avenues to get the information on the record. For example, if a union worker goes off the record to cite safety issues at his job, a reporter can go to state and federal agencies that oversee workplace safety to look up inspections and try to independently confirm the worker’s complaints. We have an amazing wealth of data sources these days like USAFacts (the brainchild of Steve Ballmer) and U.S.Census and so many other public records now accessible online at all levels of government. To further our journalistic credibility, we can link to our research to allow readers access to the primary source materials.

That said, public agencies don’t always bend over backwards to give documents to reporters or members of the public. Fortunately, we have public record and sunshine laws in Washington State and the national Freedom of Information Act. These don’t always work perfectly, but they have helped journalists break numerous stories about everything from sexual harassment in the military to environmental hazards.

Despite the best efforts of journalists to get sources to go on the record, there will be times as Douglas McLennan found when the only way to report a story as fully as possible was to allow sources to withhold their names. In those cases, transparency is key to protecting the story’s credibility – the kind of transparency McLennan provided by explaining in the text of his article why he used unnamed sources.