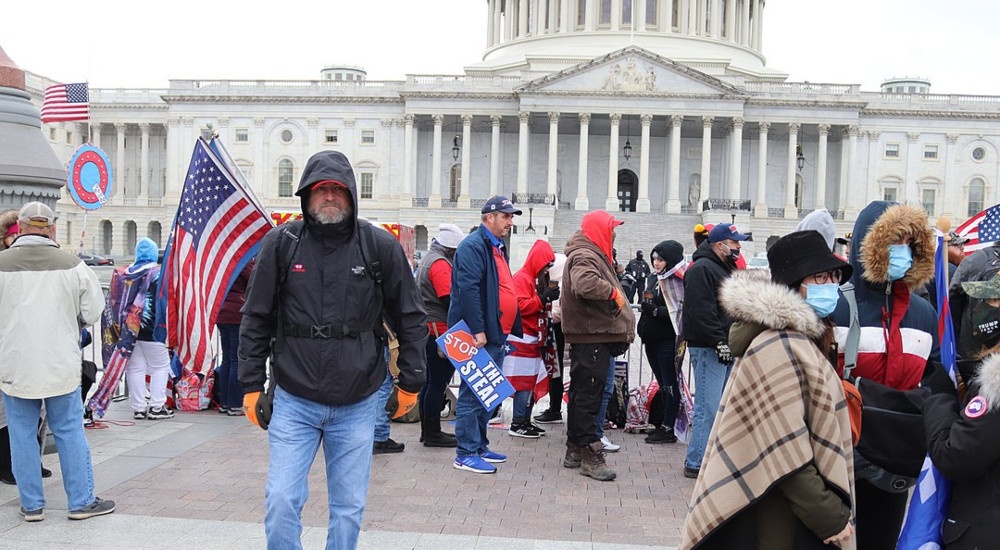 Maybe you’ve wondered how anyone could believe the outlandish fantasies of the QAnon cult: Democrats murdering children and running pedophile sex-trafficking rings. Satan-worshipping cannibals infesting the government, and a Deep State that thwarts the forces of good. Donald Trump in league with the mysterious “Q,” who’s figured out a vast conspiracy that threatens to rob us of our freedoms.

Pretty ridiculous stuff right? Even the old National Enquirer of yesteryear was rarely this imaginative with its fantasies of alien babies and celebrity shame. That was, at least occasionally, amusing entertainment.

And yet, the conspiracies of QAnon have apparently grabbed the imaginations of millions of Trump followers, who take them deadly seriously. Many of them were enthusiastic participants in the insurrection at the National Capitol two weeks ago. There are even a couple of QAnon adherents in the new Congress.

So how have so many people fallen for this “Q” nonsense? There have been hundreds of articles written describing “Q” culture and what they believe, but I hadn’t found a reasonable explanation for why they believe it until I discovered Reed Berkowitz, a designer of digital games, who a few months ago wrote that when he first heard of QAnon he instantly recognized in it the culture of online gaming.

Berkowitz describes a process by which players see sets of observable “facts” they know to be true, then start building connections between them which may seem reasonable but are indeed false. The art of creating the connections and building communities of others who also come to believe and amplify them is a virtuous circle that keeps growing and strengthening increasingly wacky beliefs.

“The participant is having fun looking around and ‘solving’ riddles reinforced by dopamine rushes and the feeling of being involved in something that no one else knows. They are also now part of a growing, active, and friendly community. Everything they see and hear creates further doubt about people and things they already doubt. Every new theory is easy to understand, compelling, and arrived at through their own ability to reason. Now to doubt certain ideas is to doubt themselves, their ability to see the truth, their community, and maybe the world around them. Quickly, the game is creating an alternate POV that is immensely psychologically satisfying and seems to be supported on all sides as the truth. Celebrities, senators, and even the President are all supportive…

“The puzzles are often just a way of getting together. If Q drops some clues, then you have something to do and you have people to do it with. It’s bonding. The same reason puzzles are used in corporate team building exercises and party games.

“Then the idea gets force-multiplied in thousands of sites, YouTube videos, ads, comments, Instagram influencers, tweets, etc. It’s everywhere, and every place you go (in your bubble), keeps telling you it is true. Even places you go outside your bubble tell you it’s true (because that’s how ads work).”

But how is it you fall down these rabbit holes in the first place? Berkowitz describes how players encounter an initial dissonance, something for which the explanation is too simple, too obvious or too much to the convenient benefit of someone else. Offered a more compelling explanation—itself perhaps equally obvious, but because you’ve “discovered” the answer yourself rather than mindlessly accepting the official version of what “they” want you to believe — your alternative explanation rings truer.

“There is no reality here. No actual solution in the real world. Instead, this is a breadcrumb trail AWAY from reality. Away from actual solutions and towards a dangerous psychological rush. It works very well because when you ‘figure it out yourself’ you own it. You experience the thrill of discovery, the excitement of the rabbit hole, the acceptance of a community that loves and respects you. Because you were convinced to ‘connect the dots yourself’ you can see the absolute logic of it. This is the conclusion you arrived at… It’s easy for people to forget that they are not discovering the story, but creating it from random data… If we ‘create’ the ideas in our own minds, they become fused much more intently into our personality. They’re OURS. There is no friction. Guiding people to arrive at YOUR conclusions is a perfect way to get people to accept a new and conflicting ideology.”

So what role does “Q” himself play? He is, of course the oracle who understands all and has figured it out. He began posting online in 2017, and has teased out his conspiracy storylines. But he never tells you what to think. Instead, he drops clues, suggestions, exhorts followers to “figure it out” themselves and “do the research”. QAnoners don’t, of course, know who “Q” is, but they believe that Donald Trump is a master player in understanding “Q”s plans for us. Berkowitz recognizes “Q” immediately:

“I’m afraid this needs to be said. Q is not a real person, but a fictional character.

“QAnon uses the oldest trope of all mystery fiction. A mysterious stranger shows up and drops a strange clue leading to long-hidden secrets which his clues, and your detecting power, can reveal.

“Q is NOT a whistleblower. Q is a plot device. Q is fictional and acts exactly like a fictional character acts. This is because the purpose of Q is not to divulge actual information, but to create fiction.

“The fictional reason Q doesn’t just tell the world what they know is that Q wants you to ‘do your own research’ and come to your own conclusions. How polite…

“This is not a real reason. Q does not want you to come to your own conclusions. Q is feeding you conclusions. This is VERY important and here are several reasons why this is included in the verbiage of almost every fictional conspiracy theory ever.

“Do your own research means. “Don’t trust other people. Don’t trust institutions. Listen to me.”

It can never be checked. Or disproven. Experts in studying cults report that when the words of a cult leader fail to match reality – say doomsday doesn’t appear at the appointed hour – instead of rejecting the leader as false prophet, cult members often double down, discovering alternative explanations for the failure in which the leader is victim. “Q” does them one better – as a fictional plot device spinning off the feverish conspiracy imaginations of millions of adherents, the alternative twists and turns of the belief system grow and metastasize on their own.

So is it really much of a stretch to see that when an election outcome didn’t turn out as they’d hoped, QAnon’s legions embraced an alternative explanation of a “stolen” result in which the forces they’ve been battling had risen up to strike back at them? Their fervor in storming the Capitol and believing they were fighting for democracy, America, and God even as they were participating in one of the most anti-democratic uprisings in American history makes perfect sense according to the game they’re lost in. Since the storming of the Capitol — which didn’t go as it was foretold — “Q” has diminished his communications. That likely discourages few of the true believers. So the question is: just what would lure them back to reality?

Douglas McLennanhttps://www.artsjournal.com
Doug is a longtime arts journalist, and the founder and editor of ArtsJournal.com, he's frequent keynoter on arts and digital issues, and works with a number of arts organizations nationally.
Previous article
Is it 1861 again?
Next article
Unforgotten: Ron Chew’s Seattle