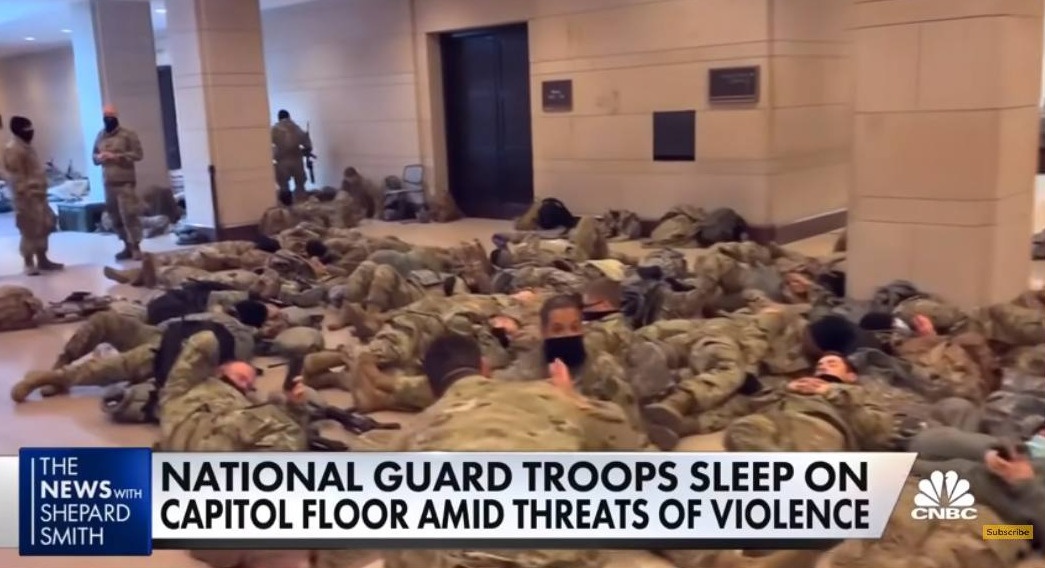 No, not yet, but forgive those who see parallels of mood. In that year, threats of assassination forced Abraham Lincoln to travel under military guard on the way to his Inaugural moment.

Joe Biden will take the Presidential Oath this week in a Capitol seemingly prepared for war, teeming with national guard troops, police and other law enforcement.  The more we know about the make-up of the January 6 mob, what some had sworn to do, the more chilling that assault becomes.

It’s stunning – try it for a moment – to put in mind what we’ve seen since election night, preceded by months of presidential tweets insisting that any result short of his own victory would be “rigged,” a “fraud.”  His verbal and legal assault on that result, his defiant trampling of the normal, vital and peaceful transformation of power, his phone calls and other attempts to corruptly steal votes, his rallying cry of incitement to a mob bent on destruction still seem surreal, a nightmare of democracy at the brink.  As well, history must find a hall of shame for tho se elected leaders who chose – even in the aftermath of a destructive raid that had them flee to the Capitol basement – to vote against certification of the Biden victory.

And here we are, just days from what was once a powerful symbol of democracy, of American strength – its peaceful inauguration of a new president – looking at rows and rows of uniformed troops, as with Lincoln so long ago, gathered to protect that sacred moment from armed disruption.  In this year of 2021.

Perhaps, instead of telling that mob “we love you, you’re very special,” our outgoing president might have repeated – to himself long before, but to the Trumpian gang that day of January 6 – Lincoln’s words of 1861 :

“Before entering upon so grave a matter as the destruction of our national fabric, with all its benefits, its memories and its hopes, would it not be wise to ascertain precisely why we do it?”

Alas, it was not our 16th president addressing last week’s mob,  but our 45th.