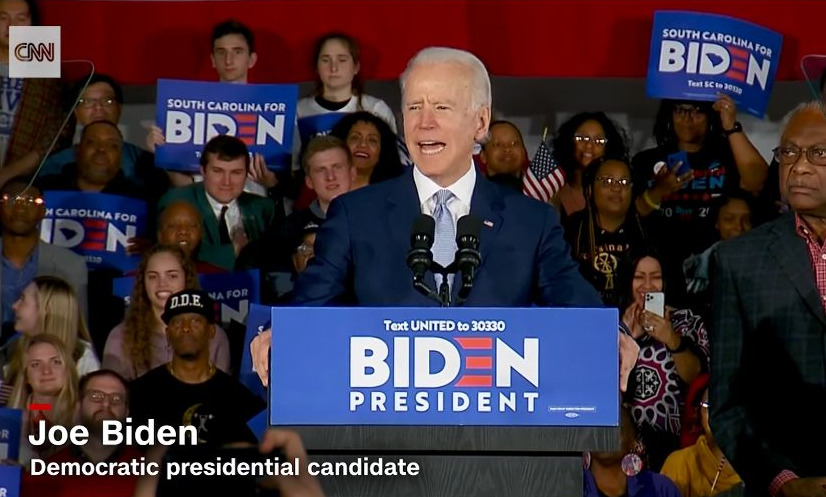 It has become conventional wisdom, as this recent Pew Research Study indicates, that the Democrats are a bunch of secularists, even anti-religious, while the Republicans are the real party of the religious. There’s just enough truth in this caricature to make it believable, and enough false to make it dangerous.

The conventional wisdom is odd, and wrong, on a couple of counts. A number of the Democratic candidates have strong religious practices and commitments, including Elizabeth Warren, a Methodist, and Joe Biden, a Catholic. Hillary Clinton, like Warren, is a strong Methodist. Pete Buttigieg, an Episcopalian, also discussed his faith and its role in his life and politics quite frankly. Who can forget his comeback to anti-gay Mike Pence that if the Vice-President has issues with his sexual identity he’d better take it up with a higher authority? Neither Ronald Reagan nor Donald Trump, who tied Christianity to the Republican Party, were active in a church or regular worshippers.

I suspect that one of the reasons that the Democrats = secular/ Republicans = religious equation prevails is that the media has focused so much for so long on the religious right and so little on anybody else (there are studies that document this). This leaves everyone else thinking that religion and Christian equal right-wing and is more often than not fearful and mean-spirited. While a more generous and liberal Christianity may not have the cultural power it once did, it ain’t dead and remains a force in the lives of many.

Joe Biden bore witness to that in his speech last Saturday night following his victory in South Carolina. It was perhaps his finest hour thus far in the campaign. His 13 minute speech went beyond the usual victory chants of such occasions, lauding supporters and promising future success (although he did that). The “beyond” came when he spoke of Mother Emmanuel Church in Charleston, S. C. and of his own experience of grief and loss.

Biden and family returned to the historic Charleston AME church the Sunday following the nationally televised memorial service. The Bidens came not simply to pay their respects, but because they too were suffering and in need of healing and hope. Their son Beau had just succumbed to cancer. In joining the congregation they found a community of faith where forgiveness and a commitment to answer death and hate with a powerful, suffering love was palpable.

Biden then wove together three stories: the story of Mother Emmanuel and the deadly shootings there, his own and his family’s story of grief and heartbreak, and the story of America at this present moment. At that AME church, the Bidens heard the call to rise again and go on, and the promise that, by grace, they could. Now Biden issued that same call to the nation. To get back up, to rise from this fearful and mean-spirited era and Presidency, to remember our best story and to realize it more fully.

Religion, and specifically Christianity, were not used to divide by conjuring Christians as some kind of endangered minority. The Republican strategy, certainly Trump’s, has been to make “Christians” a special interest group, appealing to their fears and resentments. Biden’s reference to the great Christian themes of suffering, forgiveness and redemption was different. These were universal ideas and ideals. He applied them to the American experience not to curry favor with one group over against another or to animate resentment, but to unite a nation and locate the nation’s story in the context of a larger narrative of redemption.

In these respects it was quite similar to Lincoln’s ways of drawing on the Christian tradition and Scripture, which I discussed here in a recent post. But this more implicit way of bringing faith to our times and to politics may, in our polarized and identity-politics-driven era, be too subtle for many to even recognize. What counts in these bitter times, and why Republicans may be considered “more religious,” is using Christianity as a wedge rather than a bridge, a lock rather than a door.

As with so many things today, we are presented with a false dichotomy. Either Christianity as a privileged special interest group (“I promise you’ll be able to say ‘Merry Christmas’ again” — Trump) versus a public square scoured clean of any religious reference (Richard Dawkins, et. al.). But there’s a forgotten middle, where a lot of Americans live and where Biden stood last Saturday: themes of forgiveness and redemption, of the lost being found, as a source of encouragement and inspiration for all.

While the intersection of religion and politics is complex and often goes wrong, it can also go right. It did last Saturday night in Charleston.

Anthony B. Robinsonhttps://www.anthonybrobinson.com/
Tony is a writer, teacher, speaker and ordained minister (United Church of Christ). He served as Senior Minister of Seattle’s Plymouth Congregational Church for fourteen years. His newest book is Useful Wisdom: Letters to Young (and not so young) Ministers. He divides his time between Seattle and a cabin in Wallowa County of northeastern Oregon. If you’d like to know more or receive his regular blogs in your email, go to his site listed above to sign-up.
Previous article
Suddenly: College-Educated White Voters The Key?
Next article
Transit vs. COVID-19: Bus cleaning can’t keep up. How about onboard sanitizer?