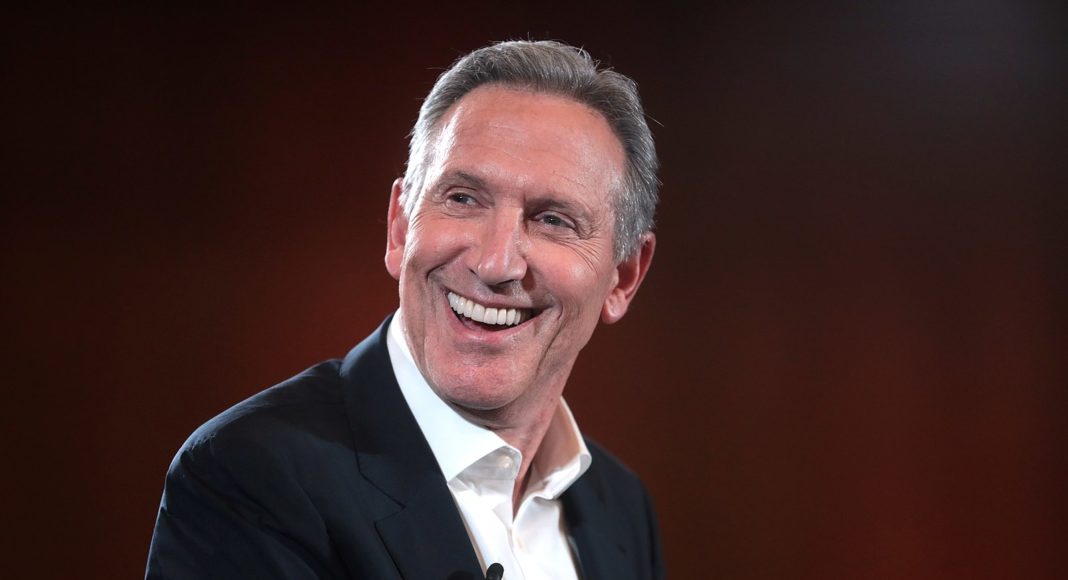 Two people who know Schultz well had been predicting that he really was going to run as an independent candidate for president, despite his miserable debut and the fact that moderate, civil Joe Biden took away many of the Coffee King’s best lines. One source, who has worked closely with Schultz for years, said that to argue with him about the folly of the presidential quest was almost sure to make Schultz defiantly run. Another says Schultz has dreamed about being president for decades.

But no. He’s just announced he won’t run this year after all. He’s got a bad back, and he seems to have grasped the obvious point that his candidacy might well re-elect Trump. Schultz now reverts to Plan B, which is to spread money around on behalf of causes to be announced.

I still worry about an independent candidate, siphoning off votes. It’s tempting to egos and various other pet causes. It’s also fair to say that the third-party and independent voters really elected Trump. Hillary Clinton lost her chance when the third-party vote rose from 1.7% in 2012 to 5.7% in 2016, a measure of Clinton’s lack of magnetism. The average vote to third-party candidates has been about 2% over the 2000-2012 years, according to William Galston in the Wall Street Journal (paywall). The likely maverick/spoiler will be a wealthy libertarian candidate. The Democratic candidate has more than the Electoral College to worry about.

David Brewster
David Brewster, a founding member of Post Alley, has a long career in publishing, having founded Seattle Weekly, Sasquatch Books, and Crosscut.com. His civic ventures have been Town Hall Seattle and FolioSeattle.
Previous article
The New Urban Crisis: Did Seattle Not Make The List?
Next article
Impure Thoughts: Nukes Versus Climate Change?