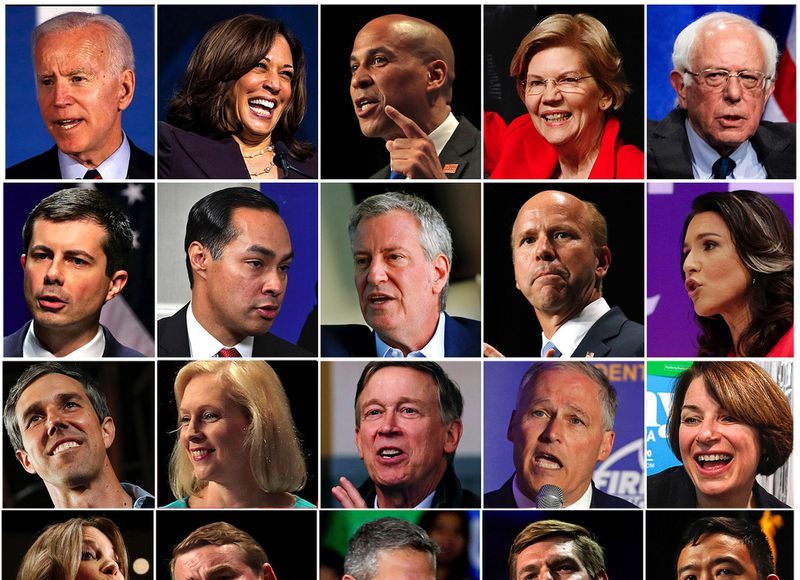 We are not yet post gender. But watching three women presidential hopefuls in each of the debates helped normalize their presence and that makes it difficult to envision future presidential races without women contenders.

And they showed they are contenders, some more than others. Sens. Elizabeth Warren and Kamala Harris head the pack. Warren was expected to be strong in a debate and was, but Harris surpassed expectations. Sens. Amy Klobuchar and Kirsten Gillibrand didn’t make any gaffes but didn’t surprise anyone. And I give credit to Gillibrand for refusing to be talked over by the men. When a woman interrupts and refuses to be trampled by loud men, does that make her “strident” or “harsh?” No, and it reeks of sexism to view them that way.

Still, the amount of shouting in the second debate was noisome, and Harris summed it up when she said voters don’t want a food fight, they want food on their table.

There have been thoughtful analyses of the historic participation of the women contenders and advice to the media on avoiding sexist tropes by the Center for American Women and Politics at Rutgers and and the Women & Politics Institute at American University with the Barbara Lee Family Foundation.

Beyond winners and losers, beyond the best zingers (Harris) and worst (Swawell ), these debates mattered because young people looked at the stage last night and saw diversity — people of color, women and #LGBTQT. That means so many young people could watch and start dreaming that she/he/they also could be on that stage one day.

Linda Kramer Jenning
Linda Kramer Jenning is an independent journalist who moved to Bainbridge Island after several decades reporting from Washington, D.C. She taught journalism at Georgetown University and is former Washington editor of Glamour.
Previous article
The Work Of Aging: Managing Decline
Next article
Dancing around Gov. Inslee

Round Two: Who Won? Who’s Done?