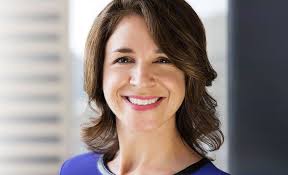 A lot of Democrats are lining up for pole positions, assuming Jay Inslee decides not to seek a third term. Here’s a good Crosscut survey of the numerous wannabes, mostly for state attorney general.

Let me add a few observations.

According to some sources, Inslee has informed the three leading aspirants to the governor’s mansion — A-G Bob Ferguson, King County exec Dow Constantine, and Land Commissioner Hilary Franz — to hold off any decision to October 2019, after which they would be free to run against Inslee even if he still hasn’t decided to seek a third term. Ferguson and Franz are already off and running. Constantine is idling, perhaps waiting for a shot at U.S. Senate. (Odds are that Sen. Patty Murray won’t seek re-election in 2024.) . For the others, running a statewide race, even if a long shot, helps build name-identification, donor lists, and supporter lists.

One of the possible candidates for state attorney general is Lorena Gonzalez, currently on the Seattle City Council and not facing re-election until 2021. Gonzalez is ambitious and likely to run (another option for her is Seattle city attorney). I’d doubt she would play well outside Seattle’s liberal zone, but she is likely to force the various dominoes to start toppling. Many on the Seattle City Council would be rooting for her to find her way off the council. The possible candidate for A-G with the crushing name advantage is Courtney Gregoire, whose mother once held that job en route to being governor.

A last observation: note how down-ballot statewide offices, such as land commissioner, are now attracting ambitious politicians. That used to be limited to attorney general, but I would expect more rising stars to look at such posts as treasurer and superintendent of public instruction as upward escalators. These jobs, normally sleepy backwaters for perennial incumbents, offer statewide exposure and media opportunities. Just ask Hilary Franz about all this.

David Brewster
David Brewster, a founding member of Post Alley, has a long career in publishing, having founded Seattle Weekly, Sasquatch Books, and Crosscut.com. His civic ventures have been Town Hall Seattle and FolioSeattle.
Previous article
Two Nights and Six Women Candidates: That’s Historic
Next article
The apartments are coming!