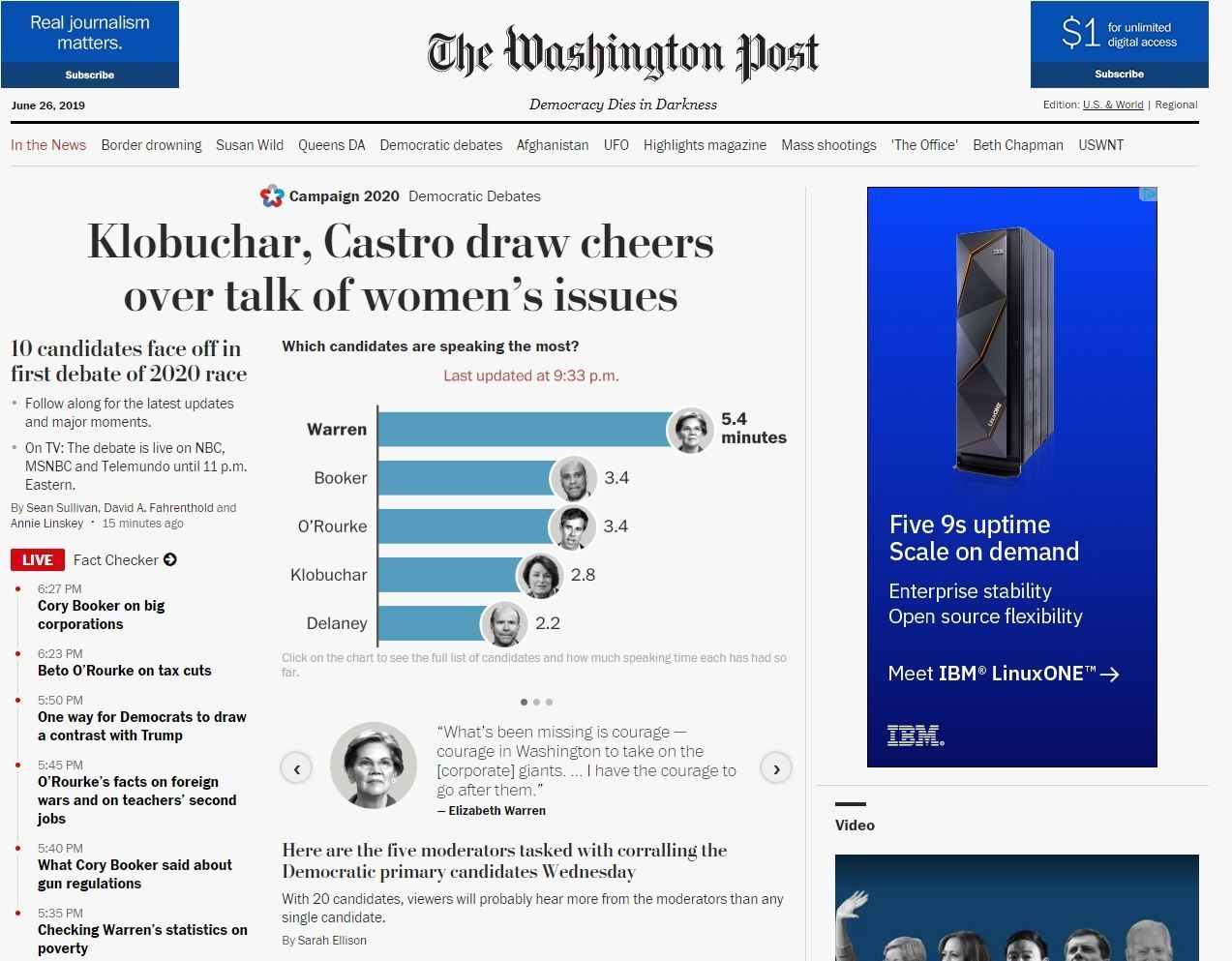 The Debate Of No Trump, No Biden

Nobody really disqualified themselves, though no one really stepped up to dominate.

Douglas McLennanhttps://www.artsjournal.com
Doug is a longtime arts journalist, and the founder and editor of ArtsJournal.com, he's frequent keynoter on arts and digital issues, and works with a number of arts organizations nationally.
Previous article
Dem Debate 1
Next article
A Tough Two Hours…..