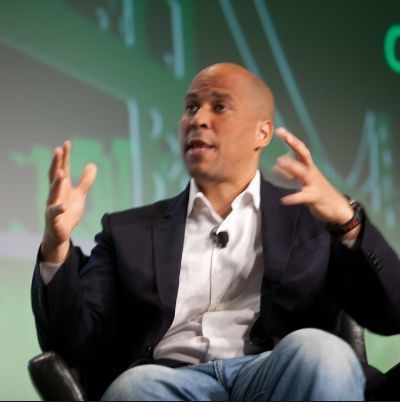 Sen. Cory Booker was the real pro in the first debate, a man born to aspire to the presidency. He put slower-tongued politicians like Jay Inslee in an awkward spot. And he managed to drive the more extreme candidates, such as De Blasio and Warren, into dangerous territory.

The contest is coming down to the battlers (such as “fighter” Warren and Bernie) versus the bridgers (led by Joe Biden). It was interesting to see how much the feisty Warren staked out the populist territory, reminding me a bit of William Jennings Bryan in her imprecations against concentrated wealth and powerful companies such as Amazon. I suspect this was a calculated effort to keep peeling off votes from Bernie Sanders (so far, most of her votes have been gained at Buttegieg’s expense).

Many of the others tried some variations of bridging, while still staying in the good graces of the primary voters, who swing pretty far to the left. Beto does this by vague signaling. Klobuchar, who also had a good night, sprinkles in Midwestern, down-home references and picked a fight over Medicare for All, where she’s a gradualist. Best of show for me was Booker, particularly with his mentions of too many shootings in his tough Newark neighborhood and his realism about immigration policy. The key quality I look for is a Democrat who can bridge the divide between the populists and the pragmatists.

Gov. Inslee had two good moments: mentioning his love of labor unions and naming Trump as the chief international menace. But his new theme of boasting about his accomplishments as governor came off poorly and he walked into a Klobuchar trap when he took too much credit for protecting women’s right to choice.

Another setback for Inslee was the limited, cursory time spent on his key issue, climate change. That issue is not yet foremost in voters’ minds, and none of the candidates has a convincing or enactable program for addressing this global issue. Platitude time, for now.

Many pundits noted the absence of attacks on Biden, the front-runner. I wasn’t surprised. Biden has lots of ability to self-destruct, so other candidates don’t want to step in the way or be the one to offend Biden’s voters. Patronize Joe, for now.

Warren is clearly trying to occupy the populist, progressive lane, forcing out Bernie (watch out for him, though, for he might run as an angry independent) and discouraging others from joining her. But I wonder how much appetite the country has for a disruptive, applecart-toppling candidate, just after Trump has blown up so many traditions. To me the race will come down to Warren versus Kamala Harris or Cory Booker, assuming (as I do) that Biden will falter in the back stretch.

David Brewster
David Brewster, a founding member of Post Alley, has a long career in publishing, having founded Seattle Weekly, Sasquatch Books, and Crosscut.com. His civic ventures have been Town Hall Seattle and FolioSeattle.
Previous article
Let’s Be Practical
Next article
The Ninja Warriors Debate