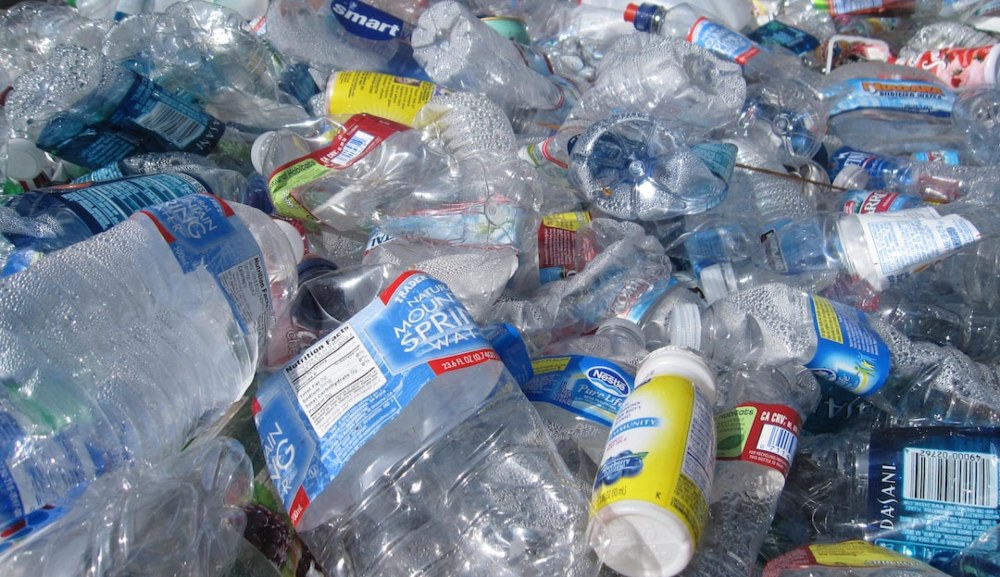 There’s a big rollout scheduled this week at the Seattle Aquarium¹ for sweeping proposed changes to the way Washington handles the recycling of plastic and other materials.

That’s two dealmakers tackling a really thorny set of problems. Berry brokered that landmark Lyft/Uber agreement with the Teamsters last year; Rolfes has been cutting get-out-of-town deals on the budget for years. Their bill will tackle a broad variety of recycling issues, but getting more plastic beverage bottles out of landfills, roadside ditches, and waterways figures to get top billing.

Recycling is the sticky, unrinsed beer bottle of environmental policy for a variety of reasons. Some local governments require that their garbage haulers reach some specific recycling rate, but that doesn’t mean there’s a lucrative market for the material.² Some areas don’t have curbside recycling at all. And without much financial incentive for consumers to recycle (or sanctions if they don’t), recycling rates stay low. The result is a giant pile of plastic cluttering up the landscape and wreaking havoc large and small.

The proposal — dubbed the WRAP Act — mashes up schools of thought for fixing the problem. It’s a hybrid of a bottle-bill system like the one that’s been in place in Oregon for decades, in which you get a deposit back when you recycle a bottle or can, and a producer-responsibility system like the one adopted by Colorado last year, which puts the onus on the producers of the stuff in all that packaging to gather up the leftovers trash and get it recycled.

This year’s proposal is likely to irk the garbage haulers because it could siphon off valuable recyclables while leaving them with similar responsibilities to empty the big blue bins. And the bottle bill has long had the effect of putting grocery stores in Oregon in the recycling business³, which their counterparts in Washington would surely prefer to avoid.

Look for Big Garbage, Big Groceries, and Big Soda to play aggressively here. The major beverage companies and distributors are under increasing pressure to put less plastic into the environment, but they’ve also been known to drop $20 million on a ballot initiative to pave over things they don’t like.

Voters in just two of Washington’s 49 legislative districts will send both a Democrat and Republican to Olympia next week, the lowest level of split representation in half a century. (Hat-tip to the friend of the Observer who pointed this out.)

Only the 26th District on the Kitsap Peninsula, where both of Democratic Sen. Emily Randall’s House seatmates put “R” behind their names, and the Whidbey Island-centered 10th District, which has two House Democrats along with Sen. Ron Muzzall, R-Oak Harbor, dividing their loyalties.

As recently as 2013, roughly a quarter of Washingtonians were represented by politicians of both parties. In 1973 it was more than half. Most of the change tracks the GOP’s poor electoral performance in the Puget Sound suburbs in recent elections as the ‘burbs have gotten more progressive. Back in the day, seats in those areas frequently swapped back and forth between parties. It’s also reflective of subtle strategic gains made in the last two rounds of redistricting.

Two districts, the formerly Democratic 19th in Southwest Washington and the once-GOP 42nd in Whatcom County, have completely swapped parties since 2013.

This phenomenon is also playing out at the federal level. As recently as 2018, about 40 percent of Washingtonians were represented by a Republican in the U.S. House and two Democrats in the Senate. With Marie Glusenkamp Perez’s win in the 3rd Congressional District, that’s down to around 20 percent.

1. The Aquarium gives the TV folks a gold-plated opportunity to use that adorable B-roll of the sea otters.

2. Cardboard? Newsprint? Aluminum cans? Robust demand. That clear plastic tub that the pre-washed spinach comes in? Not so much.

3. It involves a lot of sticky, unrinsed beer bottles.

Paul Queary
Paul Queary, a veteran AP reporter and editor, is founder of The Washington Observer, an independent newsletter on politics, government and the influence thereof in Washington State.
Previous article
Why We Are Angry: The Dangers of Relentless Happy-Talk
Next article
Italy — Living Among Farms