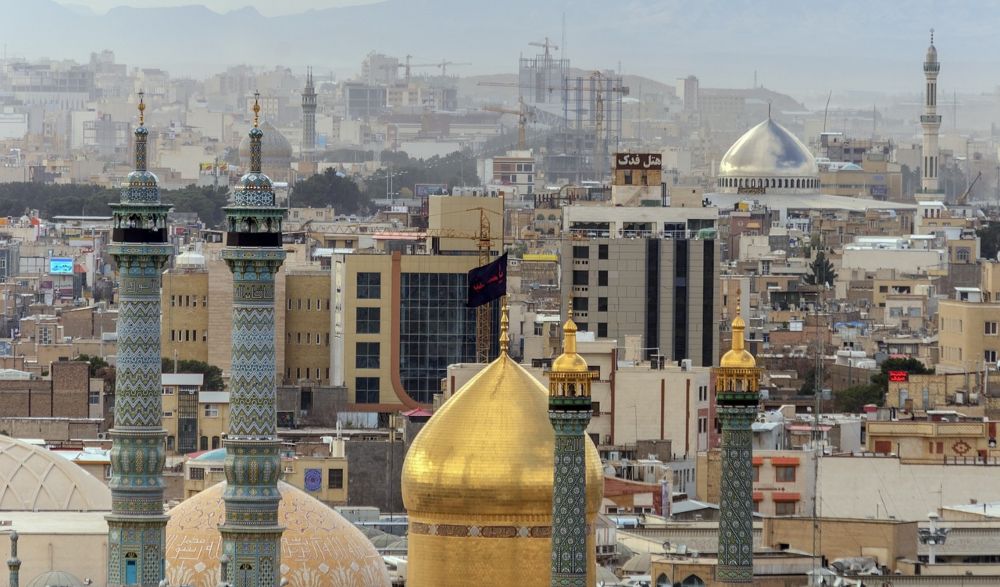 Iranian protests sparked by the death of a young woman detained by the Islamic Republic’s morality police for improperly wearing her headscarf are now in their 11th week and showing no signs of abating.

In spite of the regime’s brutal crackdown that has killed more than 400 and jailed at least 14,000, the protests have morphed from a largely female venting of anger over archaic religious restrictions into a swelling force of students, industrial workers, sports stars and celebrities.

The confluence of grievances filling the streets of major cities and university campuses is presenting the most virulent challenge to the rule of Iran’s theocracy since the Islamic Revolution of 1979 deposed the last of the Persian dynasties that ruled for 2,650 years.

Demands for reform flared into the Green Movement in June 2009 after a disputed election and simmered into 2010 before beatings, arrests and imprisonment snuffed out the last breath of that drive for human rights and freedoms.

Foreign policy analysts and political pundits are divided over whether the protesters will prevail this time in forcing change on a globally isolated regime out of touch with its young population.

Nearly 40% of Iran’s 86 million people are under the age of 25. The population under the age of 54 is more than 86%, the vast majority with no experience of life except under the rule of fundamentalist ayatollahs.

Those demographics might presage victory for the younger generations, as happened in Ukraine in late 2013. A million young people in the former Soviet republic rose up in anger against their Kremlin-aligned President Viktor Yanukovych after he scuttled a European Union offer of a path for Ukraine to join the democratic alliance. The Maidan rebellion that began in Kyiv spread to other major cities, gaining momentum as secret police brutality inspired the masses to join protests that eventually sent Yanukovych into Russian exile.

Iran’s Islamic Revolutionary Guard Corps is more formidable and ruthless than Yanukovych’s thuggish militia. The IRGC demonstrated its readiness to deploy high-powered weapons against peaceful protesters in the protracted campaign to crush the Green Movement and during the last 10 weeks since the Sept. 16 death of Mahsa Amini, a 22-year-old Kurdish woman jailed for failing to cover all of her hair with her hijab.

And unlike in 2014 Ukraine, Iran has no organized political opposition due to the iron-grip control of the conservative Guardian Council over all matters of politics and religion. The appointed 12-member body of Islamic clerics and jurists has veto power over all legislation by the elected parliament, the Majlis, supervises elections and vets all potential candidates for ideological and religious purity. The council has been headed by 95-year-old Ayatollah Ahmad Jannati, a close ally of Supreme Leader Ayatollah Ali Khamenei, since 1988 and was reappointed to another term in July, dashing young Iranians’ hopes for modernization and better relations with Western countries.

Iran’s provision of kamikaze drones to Russia for its war against Ukraine has further isolated the country and brought on new international sanctions. The Tehran leadership has also abandoned efforts to resurrect the 2015 nuclear deal with the world’s major powers that once heralded economic opportunity for millions of the unemployed.

IRGC armor and heavily armed troops have focused their crackdown on Kurdish regions of Iran in what independent media describe as an effort to divide Iranians on ethnic and religious lines to weaken the protesters’ solidarity. More than 100 of the protester deaths so far have been in Kurdish communities, where units of the 400,000-strong Basij special forces have been armed by the IRGC and deployed to put down unrest.

Over the past week, a call for sit-ins and demonstrations at seven universities in Tehran drew thousands from labor and educational institutions to protest the killings and arrests in Kurdish regions, the online news site Iran International reported Saturday.

Among those joining the protests were the Truck Drivers Union that staged a nationwide strike and auto and steel industry workers who downed tools for the day. Welders at the Bafaq Steel Complex in Kerman province also stopped work to protest worker safety violations.

Rallies in support of the Iranian protesters have spread abroad. Crowds of Iranian emigres gathered over the weekend in Paris, Milan, Istanbul, Stockholm, Berlin, Frankfurt,  Budapest, Los Angeles and Washington, D.C., among other cities.

One of the more attention-getting displays of opposition to the clerical regime in
Tehran was the Iranian national soccer team’s failure to sing their national anthem at its opening match of the World Cup in Qatar. That silent signal of support for the demonstrations has raised concerns that the players might be punished upon return after the world’s biggest sporting event.

The Norway-based Iran Human Rights organization last week reported to the U.N. Human Rights Council in Geneva that the toll of demonstrators killed since the start of the unrest was at least 416. Other sources count the dead as 450 or more.

The scope of the fatal crackdown inspired a rare vote among the U.N. rights agency to investigate Iranian forces’ alleged violations of the protesters’ rights. The vote passed 25-6 on Thursday with 16 abstentions. The  47-member council includes some of the most repressive countries in the world: Russia, Cuba, Venezuela and Saudi Arabia among them.

“I think that at one moment or another they will realize that the Iranians across the world are asking for change and their demands for change are directly linked to human rights because they would like to see a different situation in their country,” Council President Federico Villegas said in an interview with CNN International after the vote.

“Iranian officials will not be able to perpetrate this violent crackdown anonymously,” Michele Taylor, the U.S. ambassador to the rights council, told journalists. “The international community is watching.”

Iranian Interior Minister Ahmad Vahidi announced ahead of the vote that the government was planning its own inquiry to “pursue the rights of the victims of the recent incidents and riots,” meaning the police and IRGC forces injured in their work to crush the protests.

“It’s a reminder of what is at stake for the Iranian people – and of the lengths to which the regime will go in its futile attempt to silence dissent,” Malley wrote last week.

U.S. and European states have imposed sanctions on Iranian officials and entities seen as complicit in the abuse. Those punitive actions are unlikely to have much influence on the clerics and Islamic jurists in power and are seen more as Western countries’ recognition that they have nothing to lose in criticizing the regime. Tehran quit sending negotiators to talks in Vienna over the summer that were aimed at reviving the nuclear agreement broken by former President Donald Trump in 2017. The regime has also announced that it is enriching weapons-grade uranium in violation of the pact.

President Joe Biden predicted last month that the Iranian protesters would succeed this time in gaining freedom from the oppressive Islamic regime. U.S. Secretary of State Antony Blinken has reached out to Iranian American activists to ask their advice on aiding the protesters back in their homeland. One issue brought to his attention has been the need to provide trustworthy hospital emergency room personnel and ambulance drivers as news reports have documented cases of injured protesters being jailed after seeking treatment.

A common thread among those hopeful that, unlike the stifled Green Movement, the female-driven emphasis of the protests incited by Amini’s death will mobilize a broader and more determined push for greater rights and freedoms for Iranians.

“No one can predict whether the movement in Iran will succeed or whether the ruling regime will prevail,” three women academics with expertise in human rights and Iranian politics write in the current issue of Foreign Affairs. “Some changes now seem inevitable. The sense of the regime’s invincibility, and women’s marginalization from politics, has been shattered. But the struggle against patriarchal policies and values will likely continue regardless of what happens. Even if the protests do not lead to the collapse of the regime, the current cries for “Woman, life, freedom!” may have already shifted the social and political landscape.”

Carol J Williams
Carol J. Williams is a retired foreign correspondent with 30 years' reporting abroad for the Los Angeles Times and Associated Press. She has reported from more than 80 countries, with a focus on USSR/Russia and Eastern Europe.
Previous article
Freedom to Fail: Kevin McCarthy’s Perilous Path to Power
Next article
Bucking a Trend: Humanities Programs Are Growing at U.W.