It’s no secret that there have been fewer pupils pursuing the humanities at colleges and universities across the country. The number of students seeking degrees in English, history, literature and other humanities disciplines has been taking a significant hit at most major institutions.

There has, however, been a contrary story at the University of Washington. At UW, students are increasingly choosing to pursue degrees in humanities disciplines. Officials in the humanities departments have noted a sharp increase in enrollments and overall growth of the humanities department. This phenomenon seems to be specific to UW, since it has not been readily apparent at many other schools.

Although some other large public institutions have experienced similar upticks — UC Berkeley says it has seen a 121 percent increase in students declaring arts and humanities majors since last year — their numbers still don’t match up to UW’s.

Data from admissions officers depicting humanities enrollments in the UW College of Arts and Sciences reveal that there has been a 227 percent jump in humanities commitments over the past five years, from fewer than 100 students to more than 300. (Official numbers have not yet been released. Once “humanities interested” students from recent years declare majors — since not all will declare humanities majors — the trend will become more clear.) Meanwhile, the number of students committing to arts programs has risen by 101 percent, and social sciences by 114 percent.

This is notable, to say the least, given that the number of English majors at UW had fallen by nearly half since the late 1990s.  Correspondingly, since 2008 the number of STEM (science, technology, engineering, and math) students at the school has shot up by 37 percent.

The common obstacle for enrollment in humanities at many universities is driven by the rising cost of education and the related fear of putting in egregious amounts of time and money into education and not reaping real benefits.

Also, The Great Recession of 2008 made many college students turn their backs on the humanities, and that sentiment has lingered ever since. That’s why, at most universities, career-oriented disciplines such as engineering, computer science, and health are growing in enrollment.

“It’s totally understandable,” said UW’s Divisional Dean of the Humanities Brian Reed (a specialist in twentieth- and twenty-first century poetry and poetics). “But it also turns out that if you look at data, that being a biology major doesn’t necessarily lead to a job. It’s more about a personal arc, and thinking about what it is you’re learning along each step of the way.”

It turns out that the main ”influence” driving students away from pursuing a humanities or liberal arts degree is not parents or high school college counselors, but rather other students.

Dean Reed says that humanities majors do in fact tend to become very successful; studies have shown that individuals who study subjects such as English are more likely than their peers to become lawyers, teachers, and legislators. UW President Ana Mari Cauce was herself an English major before turning to psychology in graduate school.

Unsurprisingly, a large factor that leads students to pursue humanities majors is rejection from their “first-choice” majors, which are often highly-selective STEM or business-related programs. For example, UW’s highly regarded computer science program remains extremely selective, accepting approximately 25 percent of its in-state applicants. (That number is significantly lower for nonresidents, hovering around 3 percent).

One example is fourth-year student Alex Valero, a cinema studies (CMS) major who currently works on the UW football media team. She aspires to work in the sports world or entertainment business one day. However, she didn’t always have this particular career trajectory in mind. Valero began to lose interest in studying pre-med as she realized that she wasn’t truly enjoying herself, and her studies didn’t seem worth the time and effort. Winter quarter of her junior year, she had a change of heart and decided to switch gears and become a cinema studies major. “Honestly, I probably would have just done business if I had more time,” Valero said. “But I didn’t, so I switched to CMS.”

After getting comfortable at her new home base, Valero realized she was where she truly belonged after all. She actually enjoys what she’s doing now, and notes the strong connections she’s made, particularly with her professors. “I said I would do business because my end goal was to work in sports marketing or content creation,” Valero explained. “But I’m also glad I didn’t do business, because I’m not really drawn to the ‘world of business’ outside of sports, so I don’t even think that’s where my people would have been.”

While several departments have experienced sharper increases in enrollment numbers, the same can’t exactly be said about smaller, more “obscure” programs. Gayla Diment, a professor in UW’s Slavic Studies Department, affirms that she has not seen as steep of a jump in her classes. “We have been having fewer majors, and I think that’s true for lots of departments in the humanities,” she said.

Diment notes that many of her students are STEM majors — some who are fulfilling a general education requirement, and some who simply want to learn more about Slavic literature. However, things have slowly changed over the past year in her classroom as well. “This year, there’s a more even mixture,” Diment reports. “And I think that’s new; I used to be really surprised by how few humanities majors were in my large classes, and how many STEM [majors] there were.”

The UW Humanities First Initiative is a first-year sequence of activities and classes that are crafted to give new students more support and exposure to the world of humanities, working to cement in their minds the endless opportunities they have to make an impact in their communities.

Field trips and excursions to cultural sites are included among the itinerary, and part of the program encompasses having students create a portfolio that they can keep adding to throughout their time at UW, while figuring out how they can achieve their ambitious career goals.

“The answer isn’t always, ‘I’ll get the perfect job in five minutes after graduation,’” Dean Reed said. “But it can be instead that I’m acquiring skills and experiences, some of which are going to be useful in a future career; others are going to be incredibly important for helping me to make the life that’s going to be the most valuable possible.”

Dean Reed wants students who might be on the fence about majors to remember that the humanities still have a place in this ever-changing and technologically-driven world — and a big one at that.

“When you’re trying to figure out who to address climate change, it’s one thing to be able to know, ‘well, here’s the science — we know that in order to take carbon out of the air, we need to do this.’ But that’s not actually going to get us there; we need to understand the politics, the culture, the people, and why they behave the way they do.” 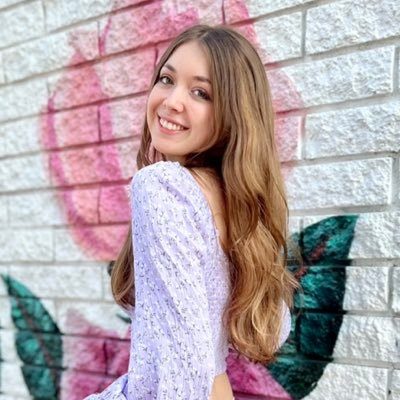 Evie Mason
Reporter Evie Mason, @emason2@uw.edu. Twitter: @eviesmason, is a double major in journalism and French at the UW and a student in the University of Washington’s News Lab class.
Previous article
Iran’s Protests Grow: Will Change Finally Come?
Next article
Obsession and Betrayal in Darkest Academia