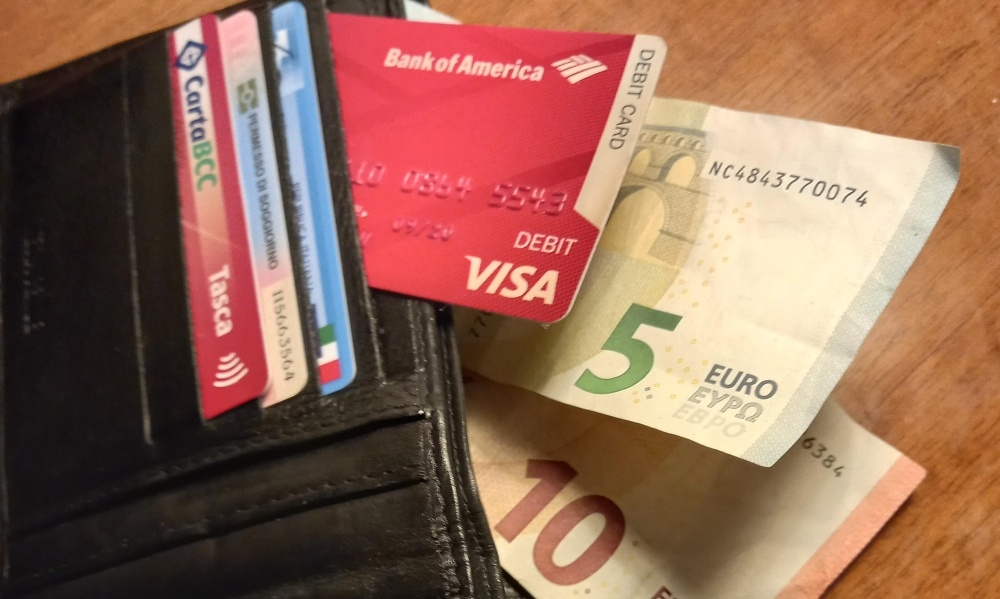 Are Americans Targets of Italian Scams?

Another expat here in Italy recently told me a tale of woe about one of her friends who was cheated by a local contractor. She felt she was significantly overcharged for work done and wondered if others had similar experiences. In fact, Facebook expat groups are so filled with stories of visitors and legal residents being ripped off, that readers could infer that this must be common.

Obviously, it’s hazardous to generalize about any culture. Regions differ. Cities and towns differ. People differ. Just because someone’s experience with another individual was awful does not mean it’s fair to stereotype people in that country as acting that way. In any country or culture, one encounters people who are scammers, petty thieves, or just plain dishonest. Personally, I have experienced rip-off attempts in some of the best-known cities in the world. And I confess I almost fell for one very clever scheme.

For many hundreds of years, the Italian peninsula has been inundated by tourists and newcomers from countries considered wealthy by comparison with Italy. Indeed, it was a prime destination for men and women from rich, aristocratic, and patrician families as part of a continental Grand Tour — a “rite of passage.” For the past six decades, young people from wealthier countries have been doing their own low-budget version of this same rite, with roving backpackers in shorts and hiking boots seen in every city, large and small.

Whenever newcomers are seen displaying money, paying for a coffee with a credit card, buying expensive watches or shoes, and eating in over-priced, touristic restaurants, someone is going to view them as “easy pickings.” A number of infamous scams can be found on the Internet, such as the Gold Ring routine, which I witnessed near the Eiffel Tower in Paris. As the old saying goes, “There’s a sucker born every minute.”

There is certainly no shortage of scams at all scales. Some are minor annoyances like the guys in Rome dressed as gladiators who are eager to pose for pictures with you, only to then demand 10 euros for the privilege. Others could be extremely costly such as on-line listings of houses that do not reveal the extent of earthquake damage and want a top-drawer price. As the Latin expression puts it, caveat emptor (buyer beware).

Tourists are the easiest of marks. Thieves and scammers know they are likely to get away before being discovered. Or the victim won’t know how to find the police and report the crime. Or worse, the police will respond but with shrugged shoulders. One episode in the TV series Master of None captured such an interchange beautifully. The carabinieri was more interested in a fragrant dish made by the thief’s mamma than in solving the crime.

But when someone chooses to live in an Italian town — as my wife and I have for the past five years — the dynamic is different. Many Italians are used to foreigners coming during certain seasons to escape undesirable weather in their own country, then disappearing for months. In our region, locals even have a specific, mildly derisive word for such people – pendoli – like pendulums that swing back and forth. It took us a full year for our neighbors to be convinced that we were staying put. They kept asking when we were going back.

One obvious problem that generates ill will and suspicion of being cheated is unfamiliarity with different practices. For example, it is not common for an Italian contractor to clean up a work site once a project is completed, as part of the primary contract. This is common practice in the United States, but in Italy that is handled through another separate contract sometimes with another company. So, if a foreigner expects the service and doesn’t get it, he can feel tricked into paying more. But that feeling is due to the ignorance of the expat rather than machinations of the contractor.

Another problem, as I see it, is that many English-speaking expats choose to develop relationships only with other English-speaking expats. I’ve repeatedly seen small groups sitting in cafes and never interacting with people at other tables, as Italians do. Worse, some expats exhibit a sense of entitlement or even superiority toward service workers, bureaucrats, and shopkeepers. The word gets out fast, especially in small towns.

There is also the fact that – almost unavoidably – foreigners tend to be wealthier than locals. Merely having a second home in Italy is a sign of wealth. Certainly, a big holiday home with a large pool and gated entry is a dead give-away. Again, the word gets out fast – sometimes to criminals. We have a friend who went on vacation several years ago only to return to his house in the country, finding it had been stripped of everything, including the heating system. The thieves had pulled up with a big truck and went to town unimpeded.

So, it’s vitally important for newcomers to establish relationships with locals. Of course, that means learning the language. Not necessarily all the verb conjugations but enough to make social connections. On our little lane with a dozen houses, in the village of Santa Vittoria in Matenano, everyone looks after each other. It would be difficult for a stranger to pull something off. Plus, we have the number for the carabinieri on speed dial. And the nonnas looking out their windows keep a sharp eagle-eye on everybody and everything.

In our five years of living in this village of 1,400 people, we have never felt that we were taken advantage of. Indeed, sometimes the opposite. For example, we were appalled by how little our housekeeper wanted to be paid. We “negotiated” a higher hourly amount for her. We have had some people come to the door who seemed sketchy, in part because we had never seen them before, and they had a pitch that involved a purchase. We just decline with “No, grazie” and warn the neighbors. We recognize the people with various charities and those who request donations for festas and religious days, and we have no problem contributing. Again, the word gets around.

We know that we are perceived as the “wealthy Americans” in town. We cannot avoid it. We live in a house that used to hold two big families. We have a panoramic view that everyone remarks on. We receive many packages, with delivery people asking shopkeepers where we live.

According to the Italian National Institute of Statistics, the medium income for Italian households is only 31,000 euros ($30,090) per year. And that is often with more than one person working. Accordingly, by Italian standards, we are wealthy, even though we do not consider ourselves to be. (In the US, our income would be considered close to poverty in some places.) So, relatively wealthy Americans cannot help but stand out.

Although we have never been victimized (knock on wood), I have no doubt that expats in other towns have been. It may be more common in parts of Italy with seasonal hordes of tourists. Foreigners can be seen as easy prey, as they don’t understand the language and sometimes are careless when it comes to showing signs of wealth. Some people seem prone to fall for scams. I once watched, from an upper-story window in Barcelona, tourists being repeatedly robbed of their pocket money by a shell game. It was like a bizarre ballet, with shills planted in the audience who would “win” their game. Within minutes, and with multiple fast shuffles, hundreds of euros were taken from unsuspecting players.

Unfortunately, as an expat, one can be both welcomed by some people and swindled by others. But that’s happened to me in New York, San Francisco, and Chicago – places I know well in my own country. One cannot always be vigilant. Or paranoid.

Mark Hinshaw
Mark Hinshaw is a retired architect and city planner who lived in Seattle for more than 40 years. For 12 years he had a regular column on architecture for The Seattle Times and later was a frequent contributor to Crosscut. He now lives in a small hill town in Italy.
Previous article
The Longest Game: Mariners Trickle out of the Playoffs
Next article
So Stressed! Help! Last Ditch Effort! It Depends on You! Tiffany Smiley’s Relentless Emails