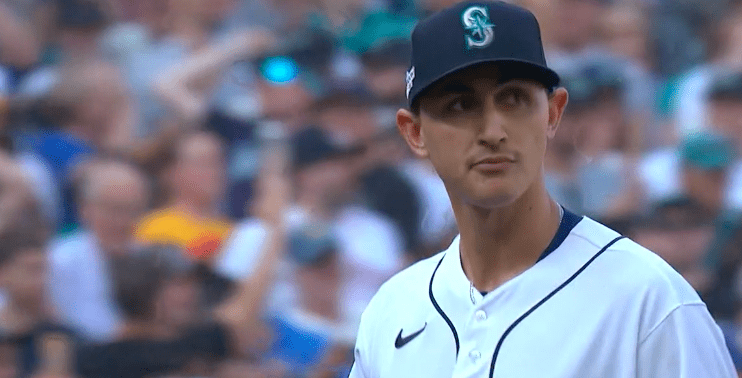 The Longest Game: Mariners Trickle out of the Playoffs

The last time the Mariners flirted with baseball infinity was 27 years ago in New York at Yankee Stadium. In the rain after midnight, they lost in 15 innings to go down 0-2 in the first postseason series in franchise history.

I’ll never forget that night,” the venerable broadcaster said years later. “I just knew it was over. We had to fly back 3,000 miles (to Seattle), and there’s no way you beat New York three straight games.”

Except the Mariners did, preposterously outplaying the Yanks in the Kingdome and advancing to the American League Championship Series.

Saturday at T-Mobile Park will not be forgotten either. In the third game of the 2022 American League Division Series, the Mariners went even further, 18 innings, tying the MLB record for longest game in playoff history. This time, they didn’t win .

They trickled out of the playoffs, 1-0.

The excruciating 21-year wait to return to the postseason ended in an even more excruciating manner — a six-hour, 22-minute molar-grinder against the American League’s best team that had enough shoulda-woulda-coulda to displace all the water in Puget Sound. Gone in one swing, a home run by a rookie shortstop, Jeremy Pena.

The biggest difference between this year’s Mariners and the storied 1995 team? The opponent. The Yankees that year won 86 regular-season games in their first return to the playoffs in 14 years. This year’s Astros won 106 games and, after sweeping the Mariners in three games, are going to the ALCS for the sixth consecutive year.

The Astros are an eminence, a rival, a nemesis. Also, the model. Minus, of course, the cheating.

Players rightfully can say that the three games — two one-run losses and a two-run loss — easily could have been a Mariners sweep.

That wasn’t necessarily clear after a September stumble of eight losses in 11 games, nor in the 12-7 advantage the Astros had in the regular season series.

Growth was apparent Friday night to a sellout crowd of 47,690. who mostly stood and yelled for what amounted to a doubleheader, as smoky skies and tricky shadows transformed into a chilled night game that drifted between exuberance and tedium. Many grew eager for any resolution.

The competitive proximity was also apparent to catcher Cal Raleigh, the most tired man in the building after squatting for much of 18 innings.

“It was amazing, these last couple of weeks,” he said. “The (playoff) chase, and clinching, and winning at Toronto. I mean, honestly, if you flip a coin, we could have been about the champagne today.

Both sides offered superb pitching and quality defenses that smothered the offenses.

The teams combined to strike out 42 times, topping the postseason record of 39 set by the Guardians and Rays last week in their AL wild-card matchup. The game was error-free.

“It’s kind of what we’re accustomed to playing, those tight games and finding a way.”

Rookie George Kirby, 24, was brilliant in his first postseason start, going seven shutout innings, giving up six hits and no walks. Then the Mariners rolled out nine relief pitchers. Victimized by Pena was Penn Murfee. He was succeeded by erstwhile starter Robbie Ray, who notoriously lost the first game in relief with a game-winning home run by Yordan Alvarez — the one pitch that changed the series.

This time, Ray picked up the final two outs of the 18th inning. But the damage was done. The Mariners offense went down 1-2-3, including the last by phenom Julio Rodriguez, dashing the Seattle dream scenario of a solo homer by the likely rookie of the year that would have tied the game and sent it into . . . well, never mind. Let’s not go there.

Kirby and fellow starter Luis Castillo set an AL record — the first starting tandem to go 7.0+ scoreless innings with no walks in the same postseason.

The feat spoke to a theme of youth that permeated a clubhouse that was largely free of moping and second-guessing, instead offering hugs and backslaps for an entertaining season that pickled the future with promise.

Asked how tired he was after 18 innings, Rodriguez offered a wan smile.

He led a youthful core that gave the Mariners a second consecutive 90-win regular season and the first playoffs since before Google, Facebook and smartphones. His observation also invoked another echo from the 1995 team, which was the first of four playoff teams over seven seasons.

One of the 90s heroes, gnarly relief pitcher Norm Charlton, spoke about the first time through the playoff mill for the youngsters.

“The (Yanks) beat the piss out of us twice in New York, we fly all the way back, and guys are wondering what’s going on,” he said. “Most hadn’t been in the playoffs before.

“Hell, some of them thought we got a ring for winning the division: “No, you dumb-ass — that’s the World Series.”

The World Series. The Mariners remain the only MLB team never to have made it.

After three taut games that included 18 innings of a stare-down for the ages, a Series is no longer a dumb-ass notion for a team out of the drought.

Art Thiel
Art Thiel is a longtime sports columnist in Seattle, for many years at the Seattle Post-Intelligencer, and now as founding editor at SportsPressNW.com.
Previous article
Through a Glass Darkly: Who’s Really in Charge in China?
Next article
Are Americans Targets of Italian Scams?