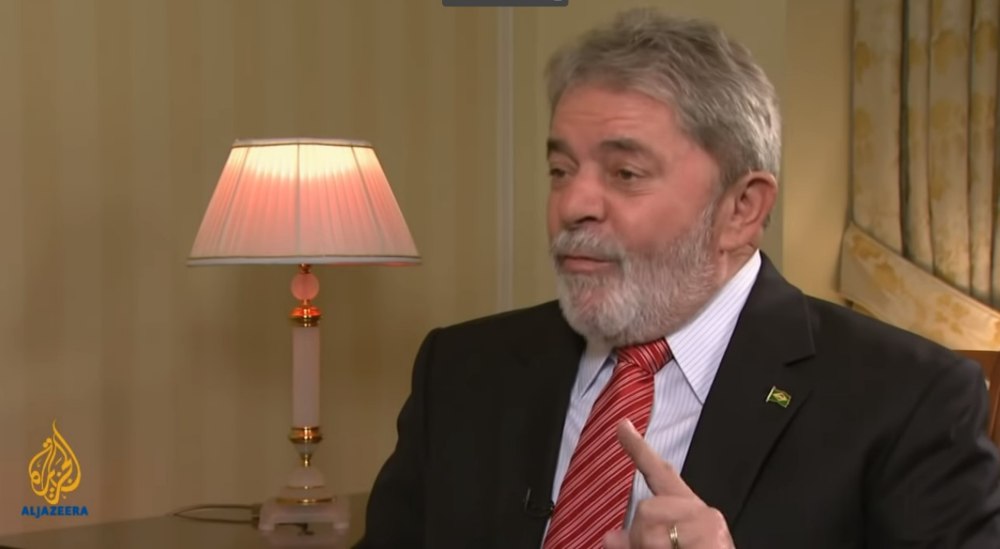 Former Brazilian President Luiz Inacio Lula da Silva staged a dramatic political comeback in Sunday’s presidential election to outpoll far-right incumbent Jair Bolsonaro but not by enough to avoid a runoff at the end of the month.

That four-week interregnum has many Brazilians worried that Bolsonaro, dubbed “Trump of the Tropics” for emulating the divisive rhetoric of his former White House idol, will goad his followers into a Jan. 6-style insurrection to avert a loss to Lula in the Oct. 30 head-to-head finale.

On the campaign trail, Bolsonaro challenged the reliability of voting machines and refused to say whether he would accept the results of the election. He vowed to “go to war” if necessary to defend his presidency and “God, Family and Freedom” governing policies.

With more than 99% of the vote counted, Lula had 48% against Bolsonaro’s 43%, with four other candidates on the presidential ballot garnering low single-digit percentages. Polls and political analysts had predicted as much as a 14-percentage-point advantage for Lula that would have carried him over the 50% threshold to win the presidency in the first round.

Those forecasts lifted the hopes of Brazilians battered by Bolsonaro’s chaotic response to the COVID-19 pandemic and constitutional backsliding in Latin America’s largest democracy.

Bolsonaro’s political allies also made a strong showing in legislative and congressional races, according to the Reuters news agency in Sao Paulo. Sunday’s first round also cast votes for one third of the country’s 81 senators, all 513 members of the Chamber of Deputies and the country’s 27 state legislatures and governors.

“Bolsonarism is much more alive and has a further reach than people had thought and polls had captured,” the BBC quoted political scientist Esther Solano on the incumbent’s success in down-ballot races.

The results buoyed financial markets in the expectation that conservative lawmakers may bridle some of Lula’s expansive social spending plans to combat poverty. The Brazilian real currency rose 3% on Monday.

Political commentators called this election Brazil’s most important in decades, with the future of democracy, social peace and upward mobility opportunities on the line. The 67-year-old incumbent borrowed from Trump’s playbook during his five years in office by demonizing opponents and the media, embracing crude language and brazen threats of political violence after issuing a dozen decrees loosening gun laws. The number of civilian gun owners doubled to 2 million during his tenure.

In a country where a military junta ruled until 1985, fears of an army-backed coup have gripped Brazilians in the midst of the volatile election campaign between polar-opposite politicians. Lula campaigned on raising millions out of poverty and feeding the estimate 33 million Brazilians who don’t get enough food on a daily basis.

Bolsonaro’s most destructive legacy has been his failed response to COVID-19. He advocated unproven remedies over tested and effective vaccines. More than 680,000 people died during the pandemic, a per capita rate second only to the United States in the Western Hemisphere.

Lula, 76, presided over one of Brazil’s most hopeful and prosperous periods during his 2003-2010 tenure as head of state. The Brazilian stock market’s value had quintupled by the time he left office, benefiting middle-class investors as well as wealthy elites. A booming economy lifted 30 million Brazilians out of poverty and allowed the government to wage a more effective battle against illegal mining and farming to cut the rate of deforestation in the Amazon.

Bolsonaro won his current term in 2018 after Lula was jailed on corruption charges stemming from the former metal worker’s trade union associations. He was barred from running in that year’s presidential election. Lula was freed in late 2019 and his conviction vacated on grounds of judicial prejudice. Under Bolsonaro’s climate-change denying policies, illegal goldmining, logging and cattle ranching resumed in the Amazon, imperiling the rainforest and the welfare of indigenous peoples in the region.

Lax enforcement of environmental laws has empowered criminal gangs ravaging the Amazon’s natural resources and targeting activists getting in the way of the right-wing government’s pro-development emphasis. A prominent environmentalist and indigenous advocate, Bruno Pereira, was assassinated in June while taking a British journalist on a reporting trip into a remote area of the Amazon. The body of journalist Dom Phillips was also found a few days after the pair disappeared.

Lula shrugged off the disappointing outcome after promising on the campaign trail to unseat Bolsonaro with  “the greatest peaceful revolution the world has ever seen.”

“I’ve never won an election in the first round. It’s like destiny wants me to work a bit more,” Lula told journalists and his supporters after falling short of outright victory Sunday. “We are going to win the elections again. It’s just a question of time.”

If Brazil’s political scene remains stable over the next four weeks and Lula prevails in the runoff, his victory would complete a sweep of Latin American leftists who have taken power in Colombia, Peru, Chile, Argentina and Mexico since 2018.

Carol J Williams
Carol J. Williams is a retired foreign correspondent with 30 years' reporting abroad for the Los Angeles Times and Associated Press. She has reported from more than 80 countries, with a focus on USSR/Russia and Eastern Europe.
Previous article
Masterclass in Futility: Looking Back at the Mariners’ Sordid Early Annals of Ennui
Next article
Nina and Ruth: A Beautiful Friendship with Serious Consequences