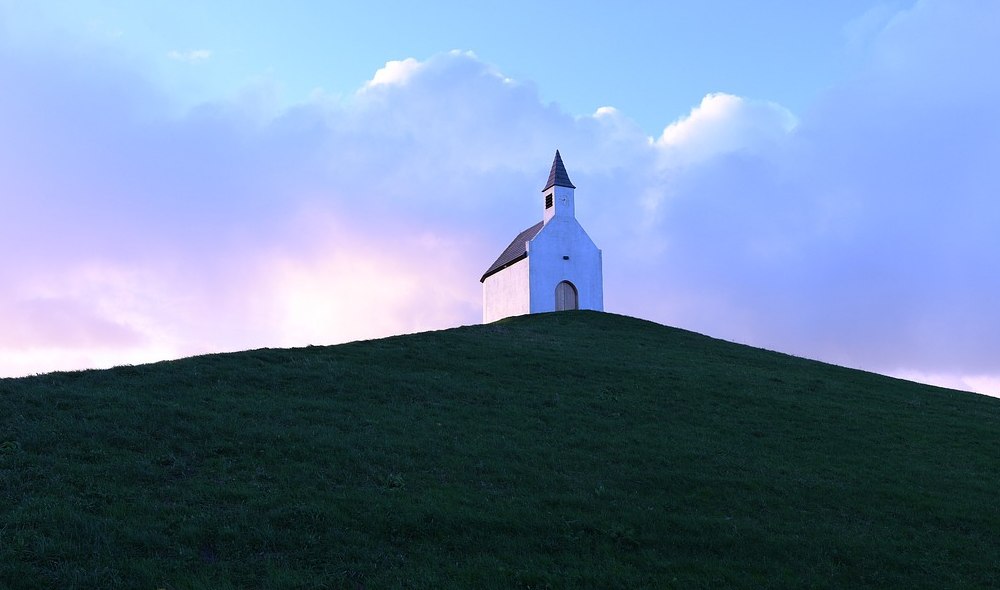 HGTV or “Home and Garden TV,” the network that does all those shows about remodeling homes featuring hunky guys and good looking gals, may soon have a new show featuring church flipping.

There are a lot of churches on shaky ground following the pandemic. Clergy tell me that the congregations now are about 60-70 percent of their pre-pandemic size. Most continue to have Zoom or Live Steam options for folks that either got used to staying home or just aren’t ready yet to be back in a larger group.

One effect of the pandemic was to loosen the bond between some congregations and their existing buildings. After a two-year absence congregations are returning to the old building with fresh eyes and new questions. They have been reminded during their pandemic exile that the church is not the building. It is the people.

That said, these buildings, at their best, mean a lot. They are not only symbols of a transcendent dimension, centers of community life, but often public art that enhances the beauty of their town or city.

Part of the problem facing many congregations recalls an old Biblical story, that of David and Goliath.

Brash, young David arrives to take on the giant Philistine, Goliath, that has everyone in Israel’s forces cowed. The reigning king, Saul, insists David wear his armor if he’s going to take on Goliath. But when David is all armored up in Saul’s gear he discovers that he can hardly move. The armor is too big, too bulky, too heavy.

So David discards Saul’s armor and picks up his shepherd’s sling and five smooth stones, promptly planting one in the giant’s forehead. In doing so David unhooks from non-productive tactics while playing to his strength — a move that bears some similarity to the flexibility of the Ukraine army as it faces the anything-but-nimble Russian forces. Without ever getting close enough to the fearsome giant for Goliath to get a grip on him, David fells the adversary and routs the Philistines.

These days a fair number of congregations have the equivalent of Saul’s armor in buildings that were suited for a different time and a different mission. Many are large. Some are beautiful. But many don’t fit their often smaller 21st century congregations. Such buildings are both too expensive to maintain and too static for the kind of mission contemporary congregations envision for themselves.

What to do? A fair number of congregations are closing and selling their too-big buildings. Pre-pandemic, between 75 and 150 churches in the U.S. closed every week. Some think that number could double in the next several years.

One solution, which isn’t exactly new, but is now being pursued on a larger and more sophisticated scale, is to figure out how a building can become a source of revenue. This may mean renting parts of the building to compatible users. Or it may mean starting a separate business that serves the community, like job training for the un- or under-employed, or a restaurant that equips it formerly homeless workers to enter the labor force. Some congregations turn an educational wing that was needed for the 1950’s baby-boom into the home of a charter school or a pre-school program.

Another popular option is to build a whole new building on the existing site, but with most of it devoted to affordable housing as Seattle’s Gethsemane Lutheran Church has done. Then one floor of the new structure or a large commons room provides worship space for the congregation. A couple of consultants associated with the Lakelands Institute have an excellent list of tips for congregations looking at alternatives like these.

In Minneapolis Pastor Paul Barzhan has taken a different route. He is a church flipper. He looks for church property that is for sale in the Twin Cities. He then rehabs the old building and matches it to a new congregation for whom it is a good fit.

Even as some congregations are closing for good, new ones are also popping up and growing. A fair number of these serve primarily newer immigrant populations. While Barzhan continues to pastor his own growing Methodist Church, he applies his real estate and construction savvy to church flipping helping growing congregations find a new home.

So don’t be surprised if you see Barzhan and his wife, who handles the financing side of church flipping, on HGTV alongside Chip and Joanna or the Scott brothers.

Anthony B. Robinsonhttps://www.anthonybrobinson.com/
Tony is a writer, teacher, speaker and ordained minister (United Church of Christ). He served as Senior Minister of Seattle’s Plymouth Congregational Church for fourteen years. His newest book is Useful Wisdom: Letters to Young (and not so young) Ministers. He divides his time between Seattle and a cabin in Wallowa County of northeastern Oregon. If you’d like to know more or receive his regular blogs in your email, go to his site listed above to sign-up.
Previous article
A Strong and Restive Bench: Attorney General Bob Ferguson in the Wing
Next article
Haves and Have-Nots: Why were Seattle’s First People Erased at West Seattle Bridge Reopening?