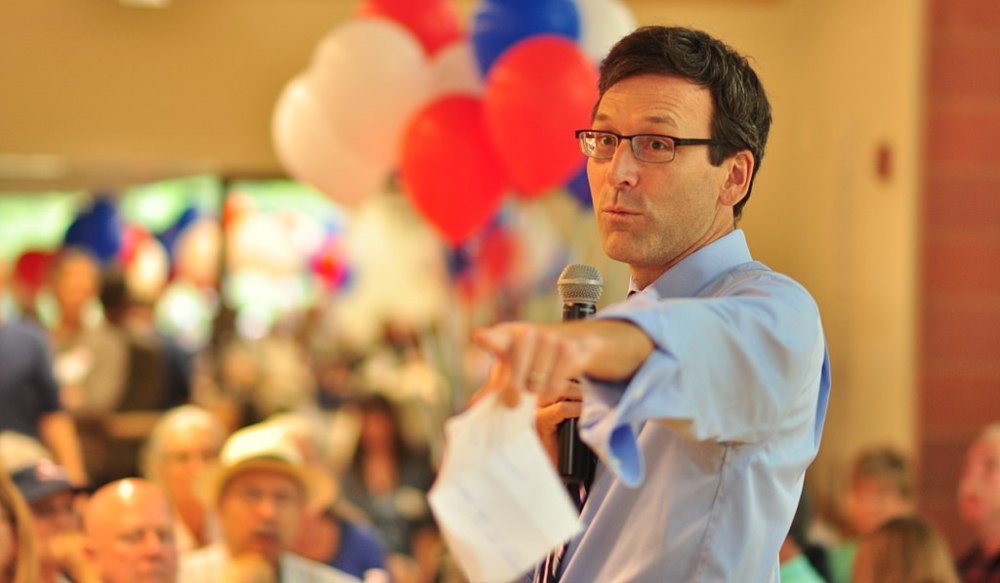 A Strong and Restive Bench: Attorney General Bob Ferguson in the Wing

Often likened to blackbirds on a telephone pole who take off in unison and land in the same place, Washington, D.C., pundits have lately been obsessed with the MAGA Republican movement and whether Trump or a Trump successor will head the ticket in 2024.  Even Hurricane Ian has been spun as a political test of Florida Gov. Ron DeSantis.

What’s received little coverage, however, is emergence of a new front bench among the Democrats, most prominently attorneys general who brought successful court challenges against Trump Administration policies.

Two of them – AG Josh Shapiro in Pennsylvania, and AG Maura Healey in Massachusetts – are strongly favored in gubernatorial races.  Both face Trump-backed Republicans in states where moderate Republicans formerly prevailed.  A third AG, Washington state’s Bob Ferguson, was featured in a New York Times investigative piece last Sunday and has maintained a post-Trump national profile.

At a recent fundraiser for the visiting Shapiro at a Lake Washington home, Ferguson introduced his colleague and told war stories.  Both were out front, along with Healey and New York AG Letitia James (after 2018), in challenging Trump policies ranging from the Muslim travel ban to harassment of Planned Parenthood to environmental rollbacks.  They scored more than 50 victories.

Shapiro has the good fortune to face Pennsylvania State Sen. Doug Mastriano, a 2020 election denier who chartered buses to the January 6, 2021 insurrection at the U.S. Capitol and has introduced legislation defining abortion as “murder.” Mastriano refuses to talk with mainstream news media and has not aired a TV spot in more than four months.

Shapiro is a broad-church Democrat.  An observant Conservative Jew, he quotes scripture, talks about his faith and courts evangelical audiences.  He is seeking to bring back “Reagan Democrats,” in a state which gave birth to the term, with a promise to do away with the requirement of a college degree to work in state government.  He has courted moderate Republicans with a pledge to lower business taxes and speed up permitting.

Maura Healey, in Massachusetts, is a ground breaker.  She is lesbian, the first “out” LGBTQ American to serve as an attorney general.  She would be the first woman elected as Governor of the Bay State.  She played basketball at Harvard, memorably saying in her first TV ad: “When you’re a five foot-four-inch basketball player, you learn to take on the big guys.”

Both Massachusetts and Pennsylvania have a history of bloody Democratic primaries.  Yet, Shapiro and Healey were able to clear the field, while watching MAGA Republicans and relative moderates slug it out for the GOP nominations.  The Republican Governors’ Association has snubbed Mastriano.  As of last week, reported Politico, Mastriano had $397,319 in the bank compared with $13.5 million for Shapiro.

Shapiro and Healey are moving up, but other Democratic AGs are also keeping high profile. James, in New York, is the first woman to serve as AG and the first African American woman elected to statewide office. She has established her chops with an investigation that corroborated charges of sexual harassment brought by 11 women against then-Gov. Andrew Cuomo.  Cuomo resigned and continues to go after James.  James launched a civil probe of the Trump Organization, and earlier this month filed a $250 million fraud action.  It seeks to bar the former president, as well as offspring Ivanka, Donald Jr., and Eric (“Fredo”) Trump, from doing business in New York State.

James has reached for higher office.  She announced for governor of New York but dropped out less than two months later.  Gov. Kathy Hochul, who succeeded Cuomo, gobbled up financial resources and enjoyed a big lead in the polls. James is running for reelection and strongly favored.

The New York Times headlined Sunday’s paper with an investigative piece on how Renton-based Providence, one of America’s largest nonprofit hospital chains, was billing low income patients entitled to receive free care . . . and sending debt collectors to work on them.

Bob Ferguson was there before the Gray Lady.  In February, our AG filed suit charging Providence with violating Washington law by using debt collectors to go after more than 55,000 hospital patient accounts.  The state is alleging that Province incorrectly claimed these patients owed it more than $73 million. Providence is fighting the state’s suit.

Ferguson has stayed out-front with Trump out of office.  He held out (successfully) for a higher settlement in opioid litigation while most AGs accepted an offer in which the Sackler family would keep much of its fortune.  The Sacklers owned Purdue Pharma, maker and marketer of oxycontin. Ferguson is pursuing litigation against Monsanto over PCBs in waterways, and Providence over billing of patients.

A wait-your-turn rule has prevailed among Washington’s ruling Democrats.  Unable to attract support for a presidential bid – despite loving MSNBC coverage – Gov. Jay Inslee came home to run for a third term in 2020.  Ferguson and State Lands Commissioner Hillary Franz promptly stood down from gubernatorial bids and ran for reelection.

Although much less accessible at home in recent years, 30-year incumbent U.S. Sen. Patty Murray decided to run for a sixth term this year.  Once more, a strong Democratic “bench” – Ferguson and U.S. Reps. Derek Kilmer and Suzan DelBene – chose to stay on the bench.

Murray has been reenergized by the U.S. Supreme Court decision overturning Roe v. Wade. She has run a reelection campaign keyed almost entirely to draconian anti-abortion laws in Midwest and Southern states, and the threat (real or imagined) that Congress will enact a nationwide abortion ban.  She is favored over Republican Tiffany Smiley, although a fair number of active Democrats say in private she should not have run.

So, an aspiring Democratic AG waits in Washington, while his collaborators in other states move up.  Another anti-Trump attorney general, Xavier Becerra of California, was tapped as Secretary of Health and Human Services in the Biden Administration.

The influence of Donald Trump is visible on both sides of the political divide.  The ex-President has inspired a new, harsh far-right breed of Republicans, witness the likes of DeSantis and Sens. Josh Hawley of Missouri and Tom Cotton from Arkansas, and U.S. House candidate Joe Kent in Washington. He has imposed his “brand” on the party.