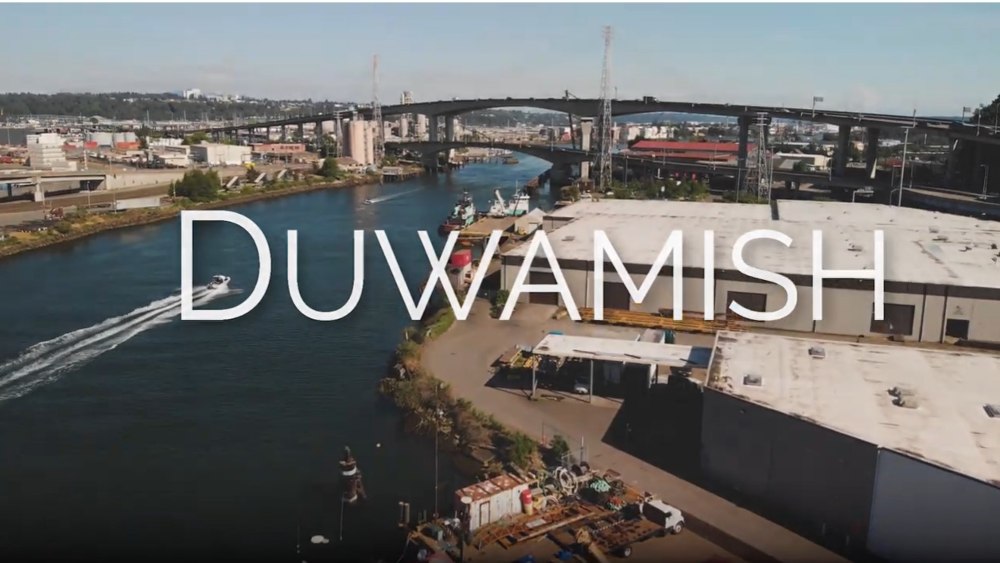 On September 16, the City of Seattle celebrated the opening of the new West Seattle Bridge.  At Terminal 18 on the Duwamish waterway, Greg Spotts, newly named Director of the Seattle Department of Transportation, acknowledged that the land and water the bridge spanned was the ancestral territory of the Muckleshoot and Suquamish Tribes. Not, be it noted, the Duwamish Tribe.

Yet in 2016, the City of Seattle proclaimed the Duwamish Tribe the city’s First People, supporting its effort to gain federal recognition, led by its Chairwoman, Cecile Hansen. Until now, at every meeting city officials and politicians acknowledged that they were on the sacred land of the Duwamish.  Why the change, if it wasn’t just a speechwriter’s slip?

To be sure, the Duwamish have lived along the river they called Duw (Duwamish, Black and Cedar Rivers) for around 14,000 years.  In 1850, their chief, Seattle, began inviting American settlers to come to their homeland, intermarry with his Duwamish people and prosper.  The Duwamish welcomed the Denny-Boren-Bell party to Alki in 1851, rescued an infant from slow death, and commenced trading.  They worked for the settlers, provided transportation, intermarried with them, and provided food during famines.  In 1855, They signed the Treaty of Point Elliott, surrendering their homeland for federal promises of annuities and services and a reservation on their river.  But coal had been discovered along the Duw. Officials and settlers eager to get rich colluded to make sure no real estate would be reserved in the Duwamish homeland.

The Duwamish allied themselves with Americans, remaining at peace during the attack on Seattle in the bloody Treaty War of 1855-7.  They helped build a palisade protecting the town and kept its sawmill running while white militiamen marched.

Tribes and bands of different names who fought and killed Americans were placated with a reservation between the Green and White Rivers—south of the Duw.  It was named bǝqǝlšuł, buq-ul-shulh, after a prairie on the Enumclaw Plateau, anglicized to Muckleshoot.  In 1859 the Duwamish were told to move to a reservation in the Suquamish homeland.  This had not enough resources to feed both groups.  The Duwamish had to choose between moving to a reservation and starving or staying in their homeland by sufferance.

Following the heed of their chief, Duwamish women made the fateful choice to marry settlers who could obtain land.  But an 1865 ordinance forbade them and their chief, Seattle, from residing in town.  Burned out, starved out, and demeaned, some moved to reservations, but most chose to stay in their homeland despite poverty and racism.  In the process they became urban Indians.

Working as loggers and farm laborers, they led settlers to coal seams and set up  routes ferrying it to Seattle, making it briefly the greatest coaling port in the eastern Pacific.  Following jobs, they scattered throughout Puget Sound but never abandoned their identity.  They litigated against whites killing salmon in the Cedar River with dynamite.  In 1915, they helped found the Northwestern Federation of American Indians, and their chiefs called the people together as a tribe, and drew up a list of members, never more than hundreds in a population growing to millions.  Becoming one of the first self-governing tribes in 1926, Duwamish helped the Muckleshoot and Suquamish draw up their constitutions.

The Duwamish Tribe spurred Congress to give the Court of Claims jurisdiction in suits filed by Puget Sound tribes against the U.S.  They forced the government to pay for damages incurred during settlement. They joined in the fish wars of the 1960s.

In 1974, the landmark Boldt Decision divided the salmon catch between native and non-native fishers, but only tribes with reservations were recognized as having treaty rights to fish.  Having no reservation, the Duwamish Tribe sued to regain recognition.  On  Friday, January 19, 2001, as the Clinton administration left office, the BIA notified the Tribe that it had been recognized.  The following Monday, with the George W. Bush administration in charge, the Duwamish received an email that the favorable Clinton decision was put on hold.

One reason for the switch was the 1988 passage of the Indian Gaming Regulatory Act, which allowed tribes to build casinos on their reservations.  Reservation tribes feared that if recognized, a Duwamish Tribe could buy land and build a casino in populous Seattle, undercutting outlying reservation casinos.

Recognized tribes, with billions in gambling revenue to fund generous political donations, have worked to erase the Duwamish Tribe as a threat and a tribe.  Recently the recognized tribes amped up their campaign of erasure on airwaves, billboards, and in print.  On September 16, these tribes succeeded in their effort at the bridge opening. Wittingly or not, Seattle’s political establishment was blithely on board.

David Buerge
Previous article
Fixer Upper, Church Edition
Next article
Every October: Frankfurt, where all the Best Books Are