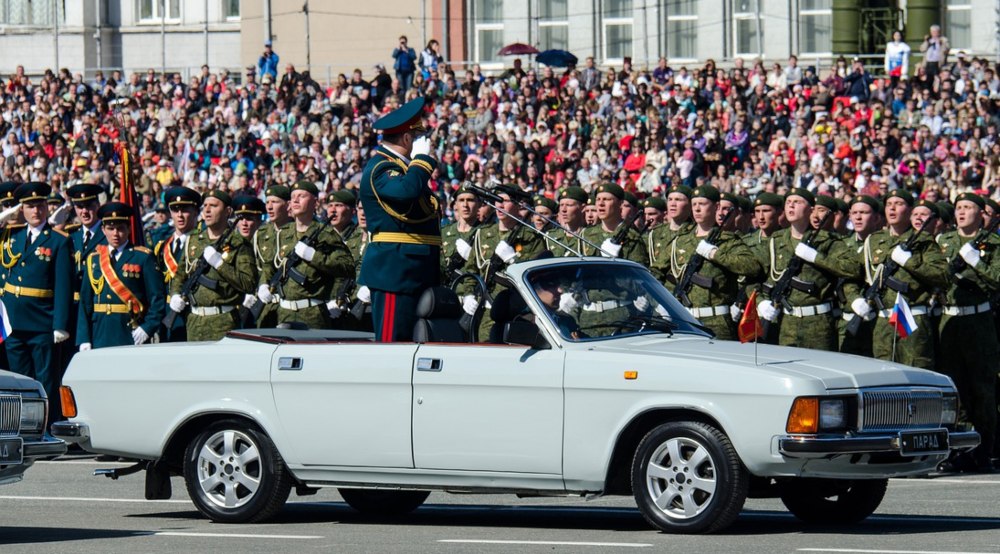 What Does It Mean to Call Someone a Fascist?

This article was originally published in the South Seattle Emerald, where the author is a regular columnist

Unless you’ve been hiding in a cave, you’re well aware that there has been a tremendous amount of political pearl-clutching since President Biden recently called MAGA Republicans “semi-fascists.” Of course, Biden was hardly the first to use the seven-letter F-word. Former President Trump repeatedly used it to describe Democrats, and members of both political parties have trotted it out over the years when it served their purposes. But what does it mean to call someone a fascist?

It turns out that has been a hotly debated question since the earliest days of the Italian Fascist Party, where the term “fascism” was first coined by Benito Mussolini for his burgeoning political movement in the early decades of the 20th century. As he struggled for political relevance, in his speeches and writing he tried to set fascism apart from its main political rivals: liberalism, socialism, and democracy — mostly by making vague and often contradictory policy promises and rarely by making a clear statement about what fascism stood for.

In 1926, Mussolini’s minister of justice, Alfredo Rocco, wrote a long essay trying to provide some coherence to fascism as a political doctrine for the party, which perhaps for the first time brought together the essential elements of a fascist ideology. Rocco wrote that the heart of fascism is the idea of the State as the central living being, not only with a history and a future potential to be reached but possessing its own spirit. Under fascism (and unlike liberalism, democracy, and communism), individuals are subservient to the State, and their needs and rights are to be sacrificed whenever necessary in order to preserve and advance the interests of the State.  Fascism also flatly rejects the idea of majority rule, dismissing any notion that the masses collectively have the knowledge and experience to decide for themselves what is best for the State. Thus fascism is also authoritarian at its core: a small set of people must rule who can correctly guide the State to its future greatness.

The famed Communist leader Leon Trotsky also wrote extensively about fascism in the 1930s and 1940s, in part for the same reason: because lots of people were talking about it, but no one could clearly define it. He noted its ultra-nationalist streak and that it stoked (and fed off) the anger and grievances of the middle class while at the same time being pro-corporation and anti-worker. Much like communism, fascism requires bringing industry, the press, the police, and the military under tight control of a centralized government — and leveraging them for political purposes.

Today we talk less about the underlying ideology of fascism and more about the methods used by fascist regimes to take and hold power.  Partly this is because there have been a number of authoritarian regimes in the last 100 years or so that subscribed to some portion of Mussolini’s poorly articulated ideology but duplicated his methods to tremendous effect. The list includes Hitler in Germany, Franco in Spain, Pinochet in Chile, and Suharto in Indonesia.

And that brings us to an essay by Laurence Britt from 2003, entitled “Fascism Anyone?” in which he lays out “the absolutely striking convergence” of the methods of fascist and “proto-fascist” authoritarian regimes in the 20th century. Britt identifies 14 basic characteristics, “common threads that link them in recognizable patterns of national behavior and abuse of power”:

For some of these, it’s obvious how they support the underlying fascist ideology: nationalism, suppressing human rights, suppressing labor, undermining elections. For others it’s more subtle; for instance, rampant sexism feeds both a cultural thread of “machismo” that props up charismatic leaders, and it also makes it easier to justify subjugating women as second-class citizens forced to serve the State with their bodies. Britt’s essay does a good job of providing examples of each of these methods from historical authoritarian regimes, including some specific ones that have echoes today: anti-abortion, homophobia, ubiquitous lapel pins, catchy slogans, inciting violence against target scapegoats, and threats against the media.

Britt ended his 2003 essay with his striking paragraph:

“Does any of this ring alarm bells? Of course not. After all, this is America, officially a democracy with the rule of law, a constitution, a free press, honest elections, and a well-informed public constantly being put on guard against evils. Historical comparisons like these are just exercises in verbal gymnastics. Maybe, maybe not.”

Keep in mind that this was written in 2003: two years after the 9/11 terrorist attacks but one year before Donald Trump’s TV show The Apprentice debuted and launched him into national prominence. In 2005, Britt gave a newspaper interview in which he expanded further on examples of the 14 methods in the U.S. and was prodded to expand on what he was trying to say with that last paragraph, including whether he thought that the United States had become a fascist state. His reply:

“No. By definition it’s a democracy. My article is a cautionary tale. This is what I’ve researched; this is what I’ve seen; this is what’s happened in the past. You can draw your own conclusions: No, this has nothing to do with the United States; or, there are some disquieting trends here that we certainly have to be aware of, and the powers-that-be exhibit many of these characteristics, and we’d better damn well be careful.”

Certainly today, Britt’s list of 14 methods reads like a playbook for the four years of the Trump administration, and MAGA Republicans’ ongoing embrace of these practices presents a clear and present threat to our democracy. I suppose whether it rises to “proto-fascism,” “semi-fascism,” or full-on fascism depends upon the extent to which the people applying these methods ascribe to (or even understand) the underlying ideology of fascism. Nevertheless, even if their goal isn’t to turn the United States into Fascist Italy, these practices are the unmistakable signs of an authoritarian regime in the making, and they are eroding the foundations of our democracy.

Kevin Schofieldhttp://sccinsight.com
Kevin is a city hall reporter and the founder of SCC Insight, a web site focused on providing independent news and analysis of the Seattle City Council and Seattle City Hall in general. In a previous life, he worked for 26 years in the tech industry in a variety of positions but most notably as the COO of the research division at Microsoft. Kevin volunteers at the Woodland Park Zoo, where he is also on the Board of Directors. He is also the Vice Chair of the Board of Trustees of Harvey Mudd College.
Previous article
Searching High and Low: How Your “Life Doctrine” Shapes You
Next article
Early Music Seattle Aims for New Audiences, New Directions, New Leadership